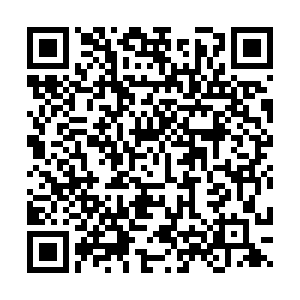 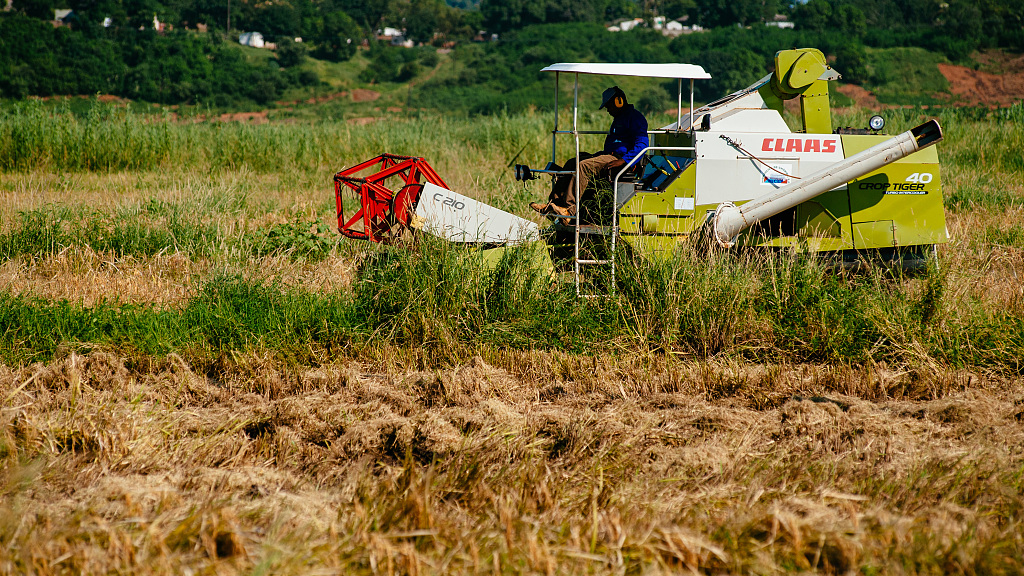 A private farmer uses a small threshing machine to prepare a field for growing rice which will be sold to Wanbao Grains & Oils Co., a Chinese company, in the Limpopo Valley near Xai Xai village, Mozambique, March 24, 2017. /CFP

A private farmer uses a small threshing machine to prepare a field for growing rice which will be sold to Wanbao Grains & Oils Co., a Chinese company, in the Limpopo Valley near Xai Xai village, Mozambique, March 24, 2017. /CFP

Editor's note: Bereket Sisay is a journalist and political commentator of African affairs. The article reflects the author's opinions, and not necessarily the views of CGTN.

At his latest press briefing with African journalists, who are in Beijing for training, Wu Peng, Director General of African Affairs at the Ministry of Foreign Affairs of China, said that Beijing will continue to collaborate with its friendly African countries to support agricultural development. In particular since the 2018 Beijing Summit of the Forum on China-Africa Cooperation (FOCAC), China-Africa cooperation in the agriculture sector, like other areas of mutual aid, has achieved early harvests, bringing tangible benefits to Africa and its people, he said.

Nevertheless, the African agricultural transformation requires China's greater and quicker support as the continent has only eight years left to achieve the long overdue goal of feeding itself as part of the Sustainable Development Goals. The looming food crisis in some parts of Africa tells us such forms of cross-continent cooperation has to be deepened.

The ongoing Russia-Ukraine war has reminded us of the deep-rooted and structural perils of Africa's food insecurity. The war has critically impacted the food stocks and food chains of many African countries, since they are dependent on importing food ingredients, particularly wheat. This is absurd in light of Africa's huge agricultural development potential and the size of its population dividend that could transform the sector. Additionally, the continent is endowed with vast natural resources such as enabling weather conditions, water resources and large arable lands.

Nonetheless, the continent has remained far from attaining the goal of food self-sufficiency for a long time. Recently, a report by the Food and Agricultural Organization and African Union revealed that an estimated 346 million Africans are affected by the food crisis. Accordingly, a significant number of people are subject to the harrowing experiences of starvation, hunger, and malnourishment. 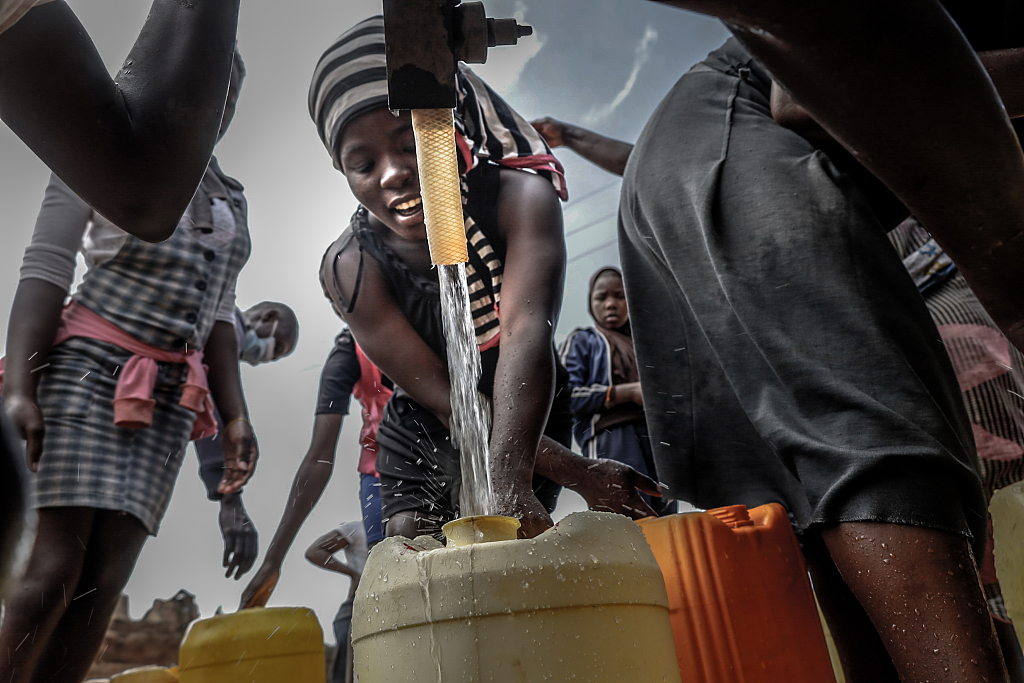 A woman fills up her water Jerrycan in Nairobi, capital of Kenya, January 11, 2022. /CFP

A woman fills up her water Jerrycan in Nairobi, capital of Kenya, January 11, 2022. /CFP

A number of reasons can be attributed to the food crisis in Africa, starting from a failed agricultural development policy, lack of investments, devastating recurring droughts caused by global climate change and so forth. Yet, it is a common understanding that the unfolding food crisis in Africa has already taken a toll on the continent, but it is more worrisome since it risks intensifying in the years to come unless a concerted effort can be made to avert it. It summons African countries to press on with their results-oriented agricultural policies and strategies while mobilizing resources. It requires collaborating with partners in advancing solutions for the mechanization of agriculture and global challenges such as climate change, which require diverse technical capacity and financial resources to address.

Accordingly, China would be one of the best candidates for Africa to stretch its cooperation muscles and to work together for the common good. Beijing's assistance to African agriculture has evolved and mounting in its engagement since Egypt became the first African country to establish diplomatic relations with China in 1956. China has remained consistent to work with African countries to support the agricultural transformation. In his keynote address at the eighth ministerial conference of the FOCAC in November 2021, Chinese President Xi Jinping proposed nine programs that China will work on with Africa in the coming three years with agriculture as one of the crucial sectors to collaborate on.

Therefore, Africa, with few years left to feed itself, has to deepen its agricultural cooperation with China to find a way to feed its growing human population.  Modern agricultural mechanization equipment with multi-disciplinary and cross-cutting characteristics is the solid reinforcement to support sustainable development for Africa.

China should expand its support in these areas to African countries to increase the upgrades of science and technology in the agricultural sector, which has also changed China's agricultural sector. Beijing's support for technological innovations in agricultural machinery to ensure the leap-forward development is crucial. Joint collaboration over sustainable agriculture, water-saving irrigation, grain loss reduction, and climate response practices must be cultivated.

Similarly, the agricultural assistance package, under the auspices of the FOCAC, which consists of a series of training for African agronomic scientists must be expanded and strengthened. It should also go along with the dual research and innovations' effort of both sides. Africa should not waste time in trying to tap experiences from China as it shares similar historical agricultural contexts. As a McKinsey research report indicated, more than 60 percent of the population of Sub-Saharan Africa is smallholder farmers, and about 23 percent of Sub-Saharan Africa's GDP comes from agriculture. Agriculture in Africa is almost a lifeline of the continent's economic prospects and it's better to exert concerted efforts to transform the sector before it's too late. Therefore, winning over the mechanization of African agriculture would be an easy win for the continent's overall development.