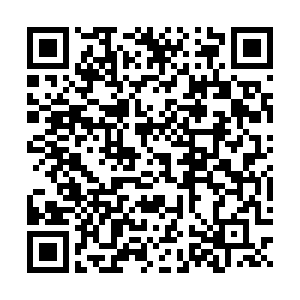 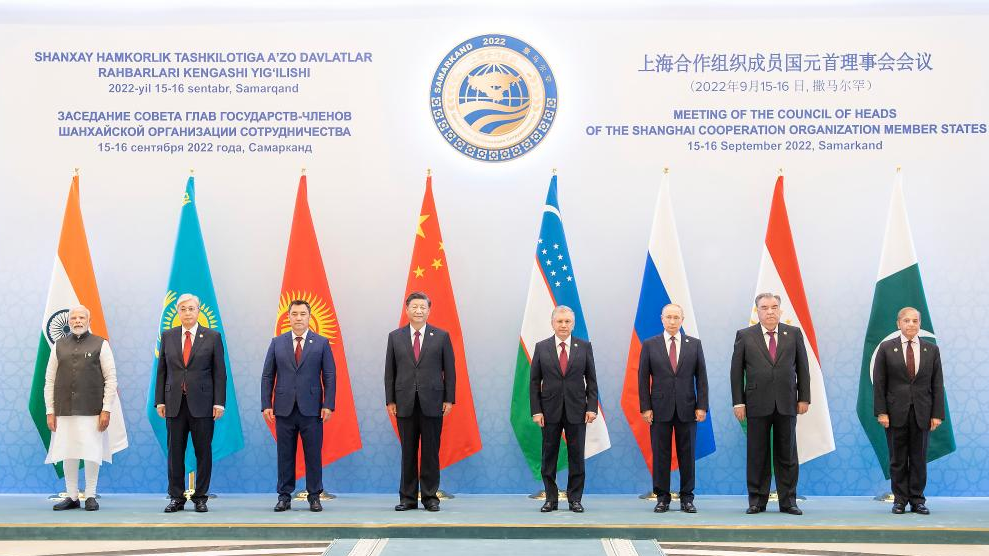 Chinese President Xi Jinping poses for a group photo with other leaders of the Shanghai Cooperation Organization (SCO) member states before the restricted session of the 22nd Meeting of the Council of Heads of State of the SCO at the International Conference Center in Samarkand, Uzbekistan, September 16, 2022. /Xinhua

Chinese President Xi Jinping poses for a group photo with other leaders of the Shanghai Cooperation Organization (SCO) member states before the restricted session of the 22nd Meeting of the Council of Heads of State of the SCO at the International Conference Center in Samarkand, Uzbekistan, September 16, 2022. /Xinhua

Editor's note: Kang Jie is an associate research fellow with the China Institute of International Studies. The article reflects the author's opinions, and not necessarily the views of CGTN.

During the Samarkand summit, the Council of Heads of State of the Shanghai Cooperation Organization (SCO) signed the landmark Samarkand Declaration, advanced Iran's accession, start the process for Belarus to become a full member, while also approving Bahrain, Maldives, Kuwait, the United Arab Emirates and Myanmar as dialogue partners. Additionally, the SCO issued groundbreaking statements and documents, marking the first time that member states have jointly spoken out on emerging issues, such as climate change, supply chain security and international energy security.

Accordingly, the SCO will adhere to the principle of not targeting third parties, carry out all-round cooperation on the basis of the Shanghai Spirit, namely mutual trust, mutual benefits, equality, consultations, respect for diverse civilizations, and pursuing common development.

SCO member states issued their first joint statement on climate change. In recent years, they have witnessed the alarming consequences of climate change while suffering from unprecedented severe extreme weather disasters. The member states unanimously believe that climate change is an urgent problem, while countries can determine their own emissions' reductions' targets and implementing paths on principles of common but differentiated responsibilities and respective capabilities.

And amid the challenges of recovering the economy and improving people's livelihoods, all member states have taken strong climate actions, submitted their Nationally Determined Contributions and demonstrated their climate ambitions. They urge developed countries, listed in Annex II of the United Nations Framework Convention on Climate Change, to fulfill their climate finance commitments, including donating $100 billion per year by 2020 as soon as possible before COP27, and make greater contributions to the climate fund after 2025, and provide necessary support to developing countries.

Seven member states, except India, signed three joint declarations on supply chain security and stability, international food and energy security.When member states disagree, the statement will only list "who agrees" to respect the right of some member states to retain different viewpoints without sacrificing flexibility in decision-making.

Meanwhile, supply chain security and stability of SCO countries are seriously threatened by the COVID-19 pandemic and unilateral economic sanctions. Most member states agree to promote the reductions of trade barriers and simplification of trade procedures to ensure the smooth flow of crucial production factors, necessities and other commodities and promote willing member states to expand cooperation in local currency settlements. They plan to facilitate the exchange of e-commerce best practices and support micro-, small and medium-sized enterprises from other member states to utilize the local e-commerce platforms.

A number of SCO member states in Central Asia and South Asia face serious food security risks, which has become a priority for the SCO in recent years. Following the first joint statement on food security issued at the Dushanbe summit in 2021, the Samarkand summit signed a joint statement on international food security. The 2021 statement focuses more on detailed issues, including food trade facilitation and agricultural technology cooperation, while the latest statement pays more attention to the impact of climate change and geopolitical conflicts on the global food industry chain and supply chain. 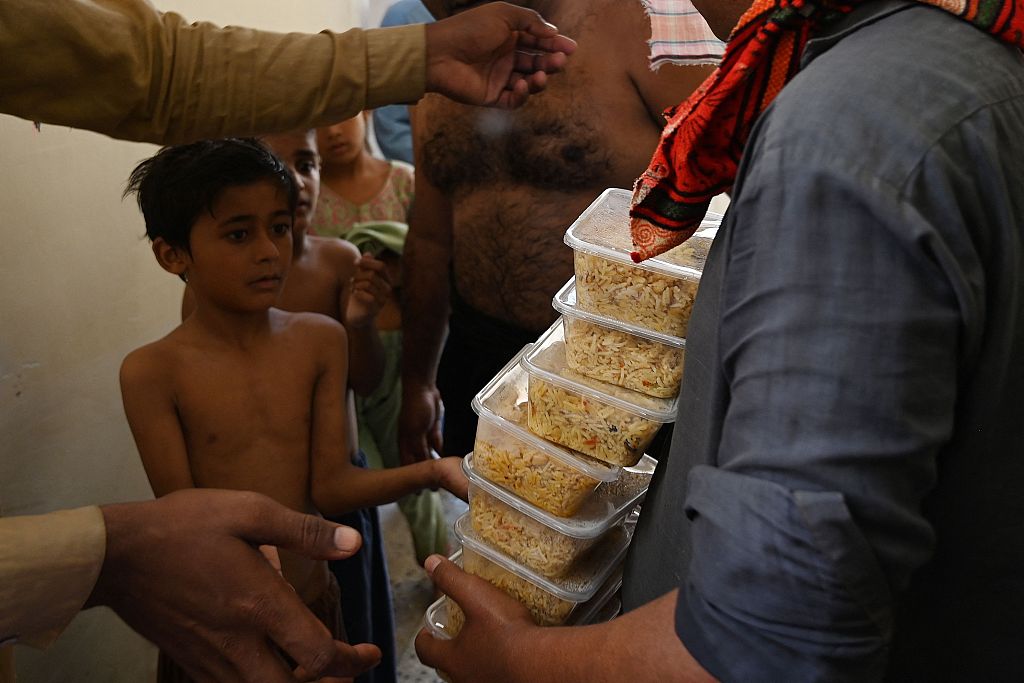 The SCO region is home to the world's most important fossil energy and new energy suppliers, transit countries and consumers. Member countries, such as Russia, Kazakhstan and Iran, and dialogue partners inluding Azerbaijan, Saudi Arabia, Qatar, the UAE, and Kuwait are major oil and gas suppliers. China and India are the world's largest and third largest energy consumers. China is also the world's leading producer of wind and solar energy.

The statement also underlines adherence to the principle of technology neutrality. While encouraging the research and application of various clean and low-carbon energy technologies, it also emphasizes a greater focus on clean and efficient utilization of fossil energy in regards to their respective energy transitions.

The Samarkand summit is a milestone both in the development of the SCO and building of a SCO community with shared future. Against the background of global changes, it has reaffirmed its principles, while witnessing an expansion of the organization, and for the first time demonstrating the SCO's shared values and policies toward emerging threats.