Download
Waste pickup: Small efforts to do the best for our planet
CGTN 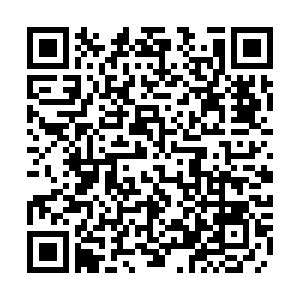 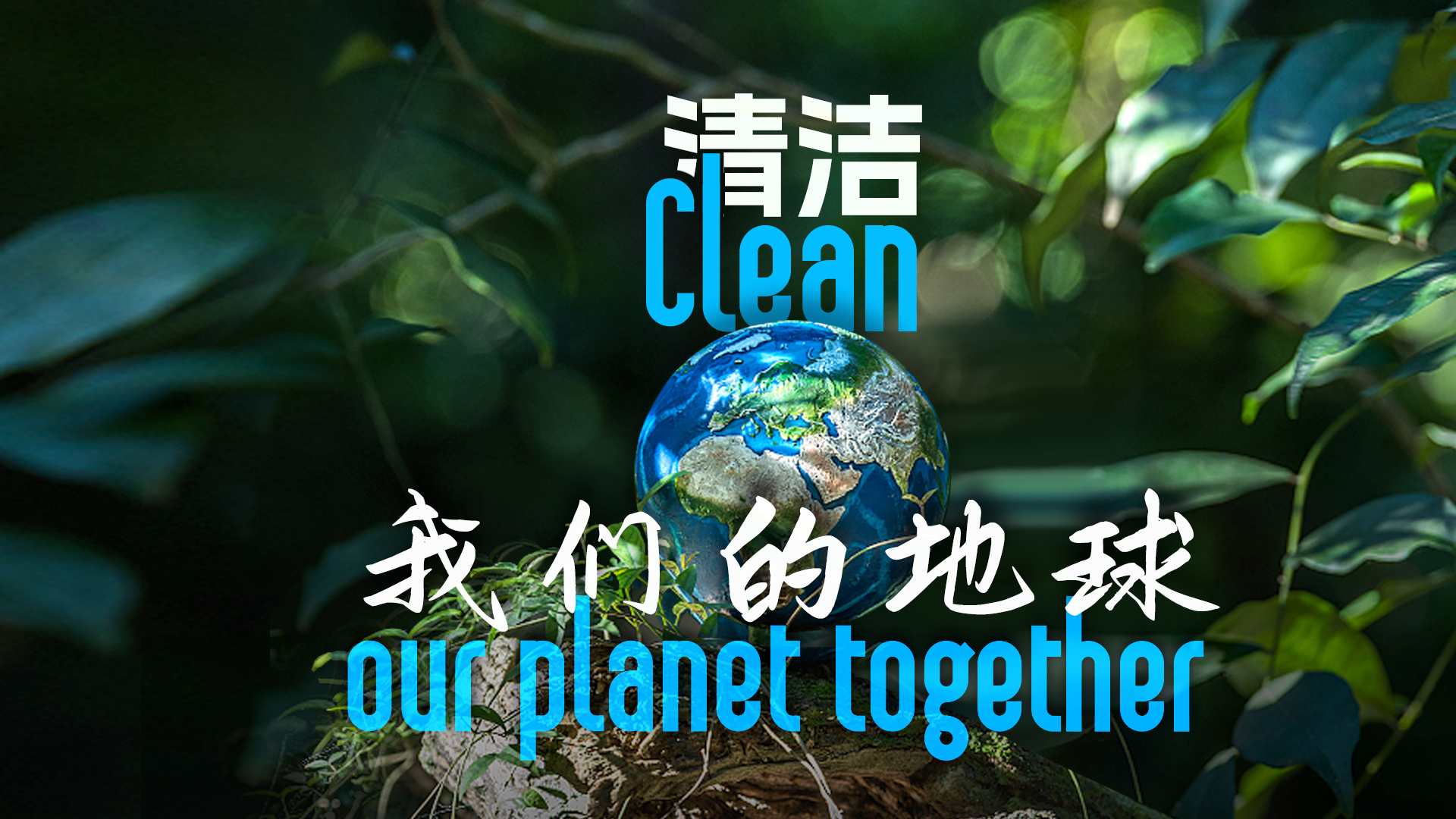 After 30 years in hotel management, Anne Guan started her BnB business in a valley of Yellow Mountain, one of the most famous mountainous areas in China with breathtaking natural sceneries. Every time she takes a walk to the woods, she carries a non-woven bag with her, for picking up trash.

According to research from the United Nations Environment Programme (UNEP), about 400 million tonnes of plastic are produced every year, but only about 9 per cent will ultimately be recycled, and most of them end up in the environment. Not only plastic, other waste such as glass, cigarette butts and other materials are also found in nature. These human generated waste products are polluting the soil, water and air, and threatening wildlife.

To remove these from nature, some people go to the wild and pick up trash.

Anne began her waste collection journey in 2017 when she went on a road trip on China's National Highway 318 (G318) to Tibet Autonomous Region. She and her friends were stunned by the marvel of nature until they came across a water channel, filled with waste. They were shocked.

"It's all too much, you can't even imagine how can there be so much trash," said Anne.

"So we started to pick up waste all the way during the trip. First, it's just me and my friends. And then, our Tibetan guides and other tourists also joined us," Anne recalled, "when we went back to the city, trunks of all our six cars were filled with bags of trash."

The experience in Tibet carved into Anne's heart. "I want to use my own behavior to influence more people to not throw waste, to pick up the waste in the environment, and to do a little bit for our planet."

In the valley of Yellow Mountain where Anne lives, tourists, local students and farmers never stop visiting.  Whenever Anne takes a walk outside, she picks up the waste and brings them home to sort. Motived by her, some house guests also carry a bag for collecting trash while hiking. 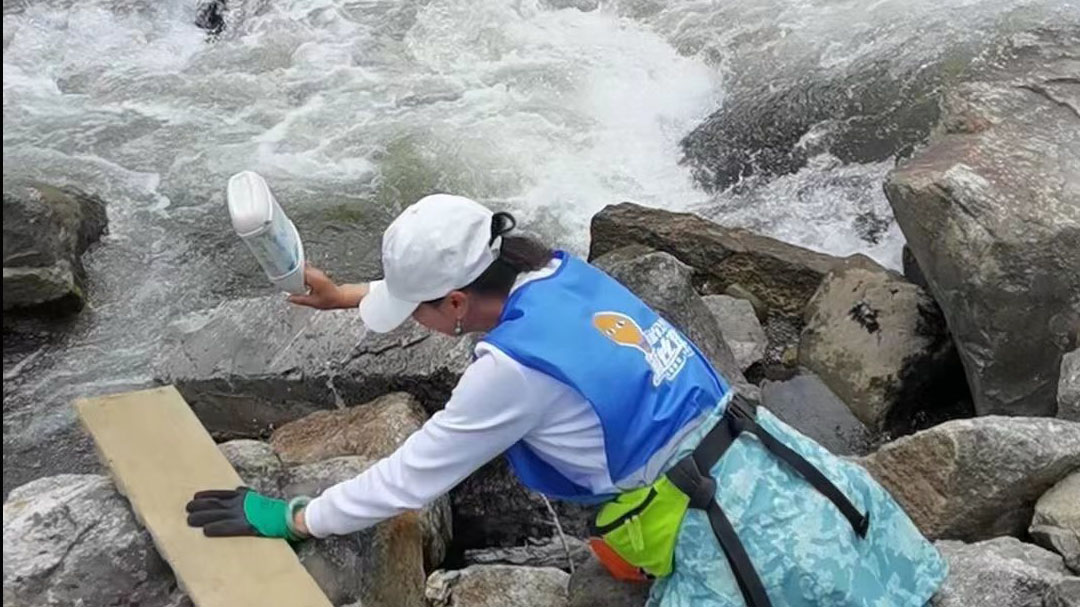 Based in Beijing, Tang is known to live a "zero waste" life – minimizing waste to benefit the environment. She created "GoZeroWaste" lab which quickly grew up to a nation-wide community. People in the community share their life styles and explore new ways to generate less waste to solve environmental problems. In 2018, Tang planned a "sustainable travel" with friends who share the same idea, aiming to not generate waste during the trip.

When they were hiking in a mountain in Yunnan's Dali City, they found a lot of trash left in nature. "While we went downhill, we all spontaneously picked up the waste, and the more we cleaned, the happier we were."

Since then, traveling for cleaning has become one of her new methods to protect nature. 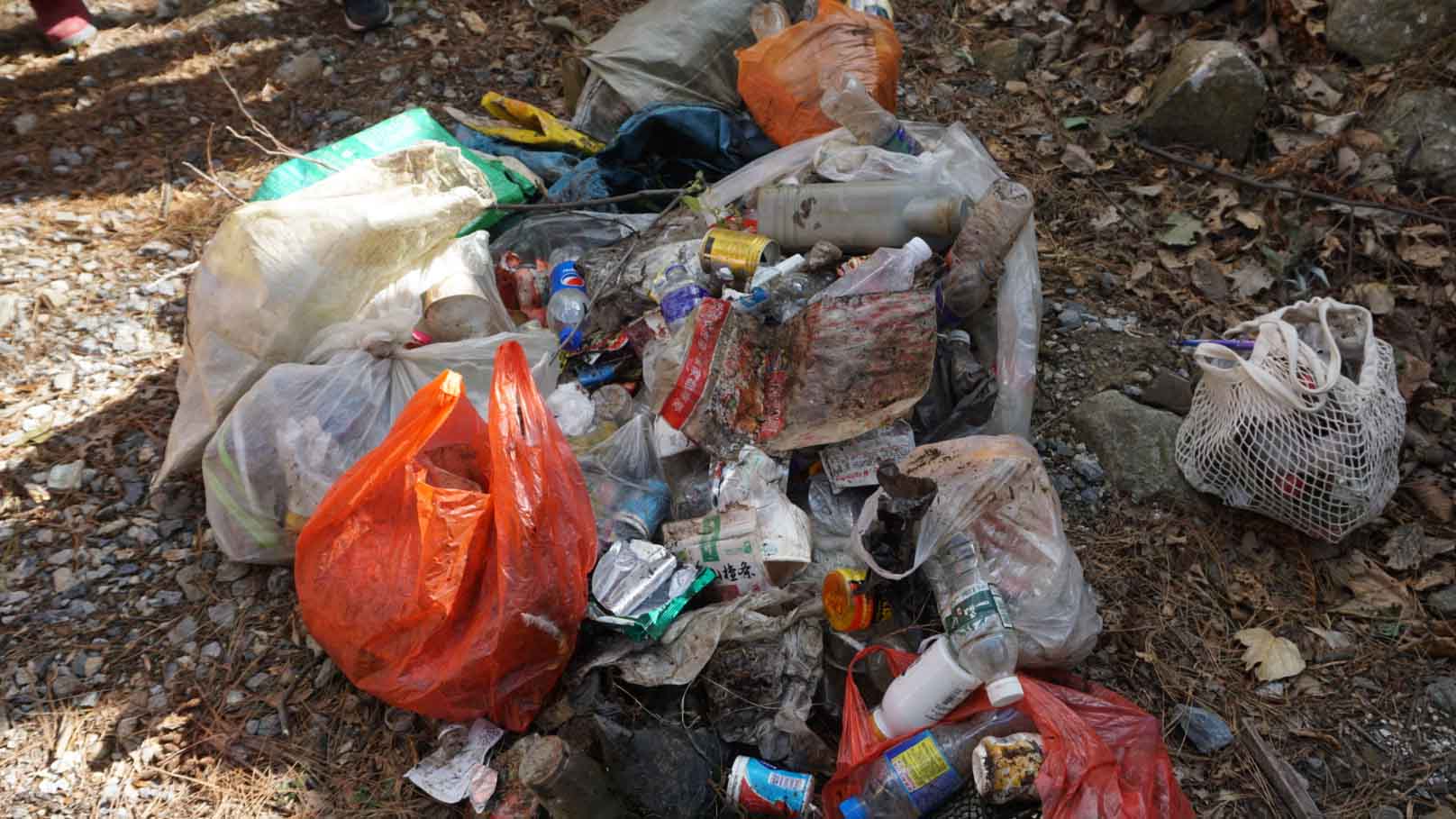 "From this year on, my behavior of picking up trash has changed," Tang said.

Living in the suburb area of Beijing, Tang is joined by nature and seasonal changes. "Seeing trash in the idyllic suburbs, especially plastics in all kinds of color, is dreadful," she said. "Why would I have to plan a trip to a distant mountain to pick up trash when there's so much around me? " So she decided to clean up the village she lives in and make a difference. 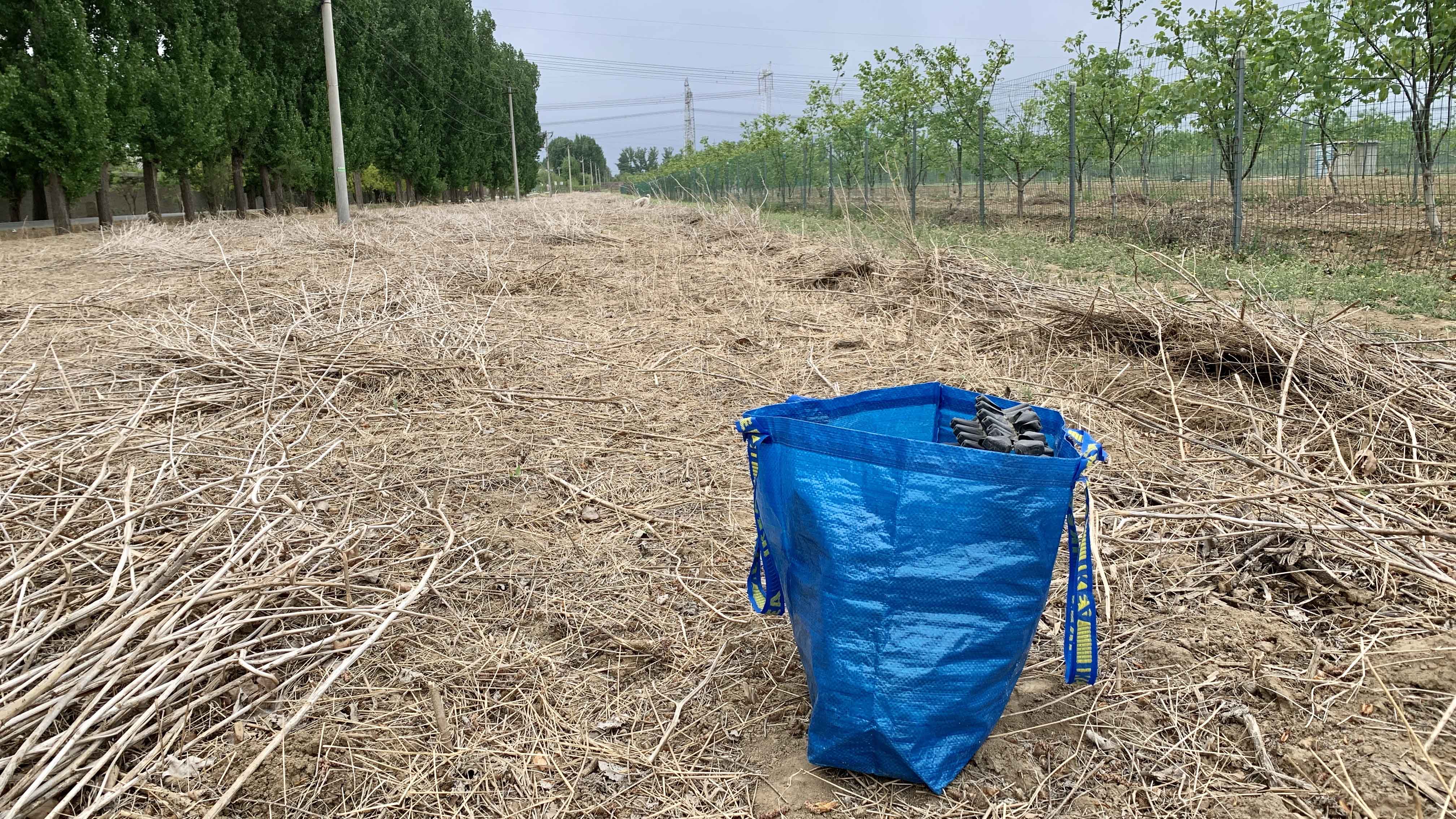 A field cleaned up by Tang, suburb area of Beijing, April, 2022. /Tang Beijia

A field cleaned up by Tang, suburb area of Beijing, April, 2022. /Tang Beijia

Anne chose a different path from Tang - becoming a volunteer of Cleanup Himalayas, a public welfare activity calling for ecotourism.

She went back to the highway G318 of Tibet section in the summer of 2019. Together with other volunteers, they walked twenty kilometers every day to clean up the roadside meanwhile promoting environmental protection. 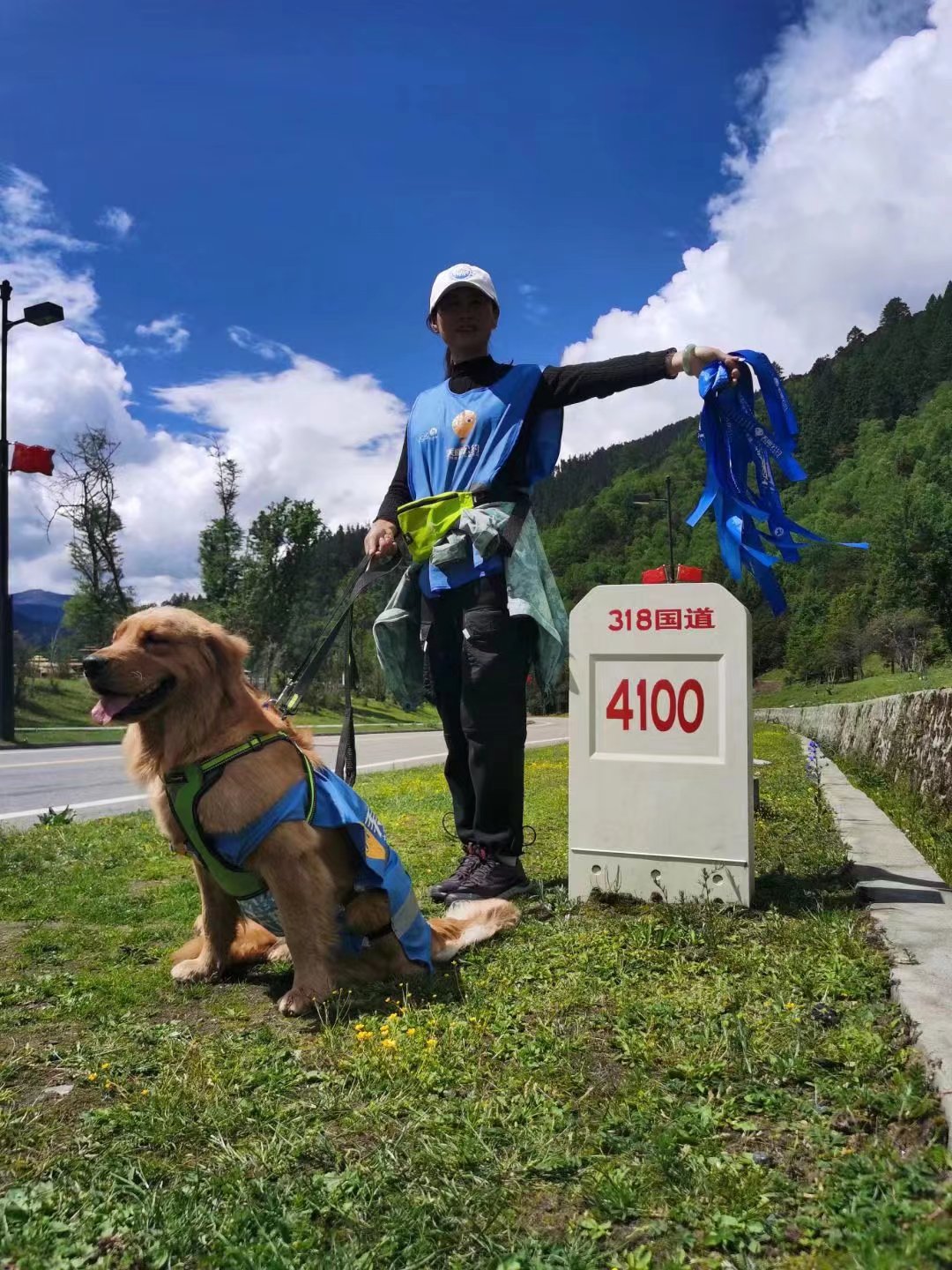 Waste pickup is a "treasure discovery journey" for Tang. She can always find some reusable and recyclable items during the process, and she has given many unwanted things a second "life". "Pot, wood door, black board, shelf, chair and induction cooker……I'm happy I can bring them home, to explore and extend their value."

Anne, on the other side, met her beloved friend Yuan Bao, a stray dog in Tibet who was rescued during the Cleanup Himalayas activity.

After training, Yuan Bao has also become one of the volunteers helping with the clean up. When the activity came to the end, Anne decided to adopted Yuan Bao and brought it to her home in Yellow Mountain. 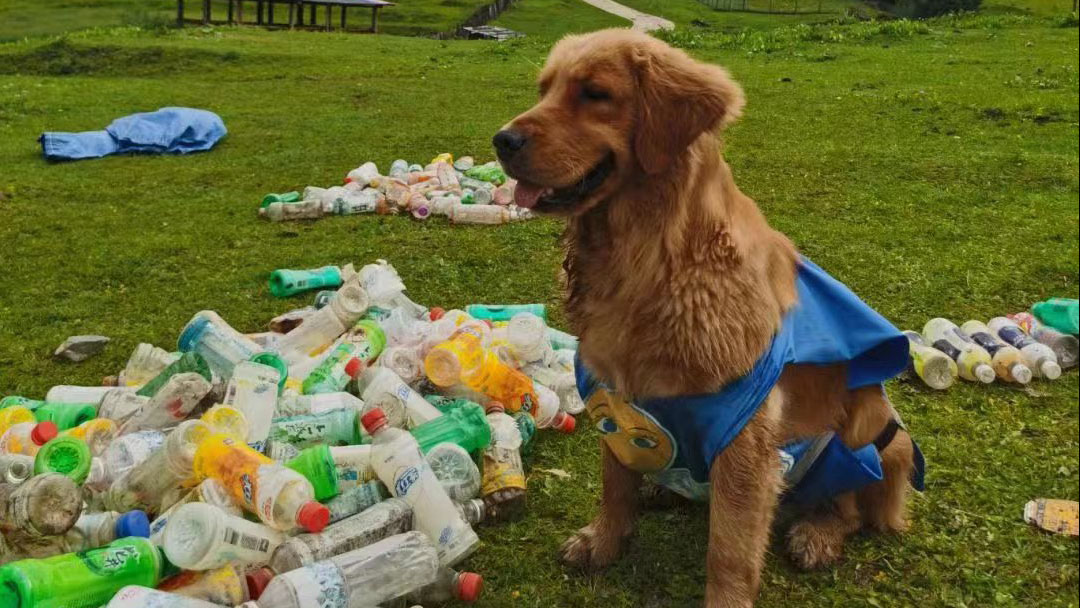 World Cleanup Day is a social action program started in Estonia in 2008, the idea has grown into a global movement later with more countries joining. Trash pickup has become more popular in China recent years. From individuals to organizations, from forest rangers to scuba divers, more people are devoted to the event.

China also unveiled an action plan last September, aiming to effectively manage plastic pollution by 2025. The plan details measures to cut the production and use of plastics, develop alternatives for plastics, and substantially reduce the amount of plastic waste in landfills and environmental leakage during the 14th Five-Year Plan period (2021-2025).