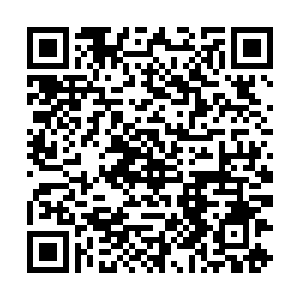 Chinese President Xi Jinping returned to Beijing at midnight on Friday after wrapping up attendance at the 22nd meeting of the Council of Heads of State of the Shanghai Cooperation Organization (SCO) and state visits to Kazakhstan and Uzbekistan.

In a packed schedule of three days and two nights, President Xi flew to Nur-Sultan and Samarkand, stayed for 48 hours and attended nearly 30 events, featuring both multilateral and bilateral agendas and covering both security and development issues, said State Councilor and Foreign Minister Wang Yi.

Despite the tight schedule, there are many highlights and fruitful results, which have strongly pushed the SCO expansion forward and brought China's relations with relevant countries to a new level. Wang said President Xi's trip to Central Asia adds more vitality to the Silk Road spanning through Eurasia, brings more stabilizing factors to the international and regional situation standing at a crossroads, and creates more favorable international conditions for starting a new journey of building a modern socialist country in all respects.

President Xi has well summarized the successful experience of the SCO, namely, adhering to political trust, win-win cooperation, equality between nations, openness and inclusiveness, and equity and justice, adding that the five points fully embody the Shanghai Spirit, which has always been the source of strength for the development of the SCO and the fundamental guide we must continue to follow in the years to come, Wang said.

President Xi said under the new circumstances, the SCO, as an important constructive force in international and regional affairs, should keep itself well-positioned in the face of changing international dynamics, ride the trend of the times, constantly enhance strategic independence, consolidate and deepen solidarity and cooperation, and build a closer SCO community with a shared future. To this end, President Xi proposed the five points, stressing the need to increase mutual support, expand security cooperation, deepen practical cooperation, strengthen cultural and people-to-people exchanges, and uphold multilateralism, Wang said.

These proposals are in line with the shared aspiration of all member states to seek unity, stability and development and have mapped out a roadmap for the SCO and a new prospect for cooperation. The summit adopted more than 40 documents covering such areas as economy, finance, science and technology, culture and people-to-people exchanges, institution building and external interactions, Wang said.

Particularly, under the initiative of the Chinese side, heads of state of the SCO member states adopted four major statements on international energy and food security, tackling climate change, and keeping supply chains secure, stable and diversified.

The Chinese side also announced that it is ready to establish a China-SCO base for training counter-terrorism personnel, host a forum on industrial and supply chains, set up a China-SCO Big Data Cooperation Center, and provide developing countries in need with emergency humanitarian assistance of grain and other supplies worth 1.5 billion yuan.

These tangible measures meet the needs of various countries and show that China not only presented the Global Development Initiative and the Global Security Initiative but also carried out the initiatives with real actions, Wang added.

Iran has officially become a full SCO member at the summit. China and other SCO members also started the process for Belarus' accession, granted Egypt, Saudi Arabia and Qatar the status of SCO dialogue partners, and reached an agreement on admitting Bahrain, the Maldives, the United Arab Emirates, Kuwait and Myanmar as new dialogue partners.

The new round of the largest expansion of the SCO membership has consolidated its status and influence as the most populous regional cooperation organization with the vastest territory in the world, Wang said.

This expansion fully demonstrates that the SCO is not a closed and exclusive "small clique" but an open, inclusive "big family," he added.

As a new type of international organization comprising 26 countries, the SCO is increasingly showing strong vitality and bright prospects for development, Wang said, adding that it will inject more positive energy and new impetus into peace and prosperity in Eurasia and beyond and play an exemplary role in building a new type of international relations and a community with a shared future for mankind.

The summit witnessed the signing of the Samarkand Declaration of the Council of Heads of State of the SCO, which sufficiently brought in the major contents of a series of important initiatives proposed by the Chinese side, Wang said.

President Xi paid visits to Kazakhstan and Uzbekistan on his first overseas trip since the onset of the COVID-19 pandemic, thus fully showing the high level and uniqueness of China's relations with the two countries, as well as the close friendship and deep trust between the heads of state, Wang said.

President Xi received the Order of the Golden Eagle, or "Altyn Qyran" Order, awarded by Kazakh President Kassym-Jomart Tokayev, and the first Order of Friendship, the highest honor given by Uzbekistan on foreign individuals, conferred by Uzbek President Shavkat Mirziyoyev.

President Xi signed and issued joint statements respectively with the heads of state of Kazakhstan and Uzbekistan, comprehensively summarizing the achievements and experiences accumulated during the past 30 years of diplomatic relations and drawing a blueprint for future development, Wang noted.

Wang said President Xi also held bilateral meetings in Samarkand with the leaders of 10 countries attending the SCO Summit at their request and attended the trilateral meeting between China, Russia and Mongolia.

The meetings covered many topics, reached significant depth and produced substantive results, which play an important role in guiding the growth of bilateral relations and promoting regional peace and stability by setting the direction and outlining the priorities, Wang added.

During the meetings, the leaders reiterated that their countries will continue to firmly abide by the one-China principle and firmly support China's stance on issues concerning its core interests, including those related to Taiwan, Xinjiang and Hong Kong.

So far this year, from the Beijing 2022 Winter Olympic Games and the BRICS Summit to the High-Level Dialogue on Global Development to the 22nd meeting of the Council of Heads of State of the SCO in Samarkand, Wang said each time "we can strongly feel" the international community's firm support for China and eager expectation for deepening friendship and cooperation with China.

President Xi, with his far-sighted strategic vision, open and inclusive broad-mindedness, and charismatic personality of valuing goodwill and friendship, has won China more and more understanding, respect and recognition internationally. Under the leadership of President Xi, China has become a constructive force in international relations for dialogue and cooperation, unity and openness, and peace and development and has played an increasingly important role in the long-term stability and sustainable development of the Eurasian continent and the world at large, Wang added.

(Cover: A view of Congress Center at the venue for the Shanghai Cooperation Organization summit in Samarkand, Uzbekistan, September 16, 2022. /CFP)