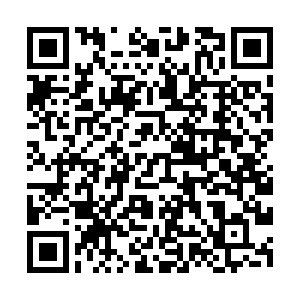 Editor's note: Alfred de Zayas is a professor of international law in Geneva, a former UN Independent Expert on International Order (2012-18), a retired senior lawyer with the Office of the High Commissioner for Human Rights, and author of  "Building a Just World Order." The article reflects the author's opinions and not necessarily the views of CGTN.

The 51st session of the UN Human Rights Council (UNHRC) opened on September 12 at the Palais des Nations in Geneva, with the announcement of the appointment of a new High Commissioner, Austrian Volker Türk, replacing Chilean Michelle Bachelet.

In the coming four years, High Commissioner Türk will have the opportunity to shift the paradigm, setting new priorities to meaningfully serve human rights, rekindle the spirit of the Universal Declaration and advance the purposes and principles of the United Nations, especially peace and development.

It is all too obvious that over the years the UNHRC has become an arena of gladiators rather than a forum for constructive debate and cooperation. Pursuant to General Assembly resolution 48/141, it is the High Commissioner who has the overall responsibility to coordinate UN action in the field of human rights, and thus give hope to millions of people who look up to the UN for justice and peace. Will Türk put civil, cultural, economic, political and social rights on the same level and advance a holistic approach to human dignity, including the right to peace, food, water, sanitation, housing and health care?

The prevailing atmosphere in the Council today is one of epistemological warfare, fake news, fake history and fake law. The rhetoric is characterized by confrontation and aggressive "naming and shaming," rather than promotion of cooperation and reconciliation among peoples and cultures. Evidence-free accusations concerning the conflict in Ukraine, the situation in Cuba, Nicaragua, Syria, Venezuela and especially the so-called "Assessment" on Xinjiang fill the air, whereas constructive proposals for world peace, de-escalation, mediation, sustainable development goals, and concrete assistance to victims are notoriously missing.

In a joint statement, a number of political "non-governmental organizations" demanded "action" on China's Xinjiang Uygur Autonomous Region.  Among them were the "World Uygur Congress," an organization financed by Washington, the so-called Uygur Human Rights Project, as well as the traditional weaponizers Amnesty International and Human Rights Watch, which in the past have too often manifested double-standards in the service of the geopolitics of Washington and Brussels. 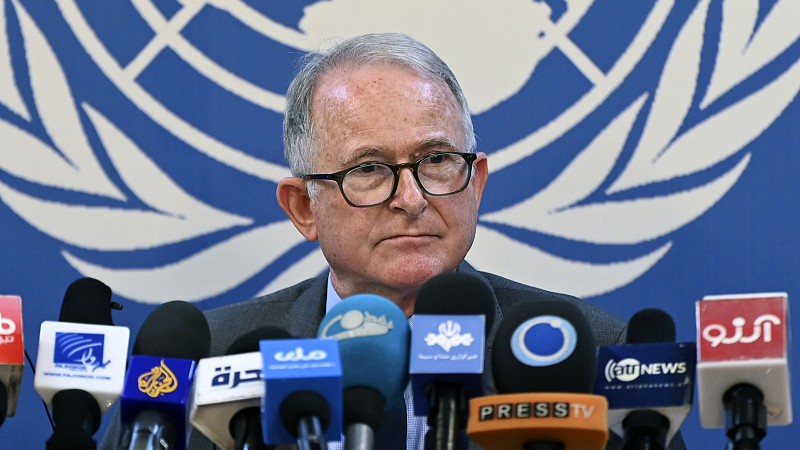 United Nations Special Rapporteur on the situation of Human Rights in Afghanistan, Richard Bennett, speaks during a news conference in Kabul, Afghanistan, May 26, 2022. /CFP

United Nations Special Rapporteur on the situation of Human Rights in Afghanistan, Richard Bennett, speaks during a news conference in Kabul, Afghanistan, May 26, 2022. /CFP

A positive note was set by Professor Alena Douhan, UN Special Rapporteur on the adverse impact of unilateral coercive measures (UCMs).  Her reports are models of professionalism and impartiality. Her oral presentation on the suffering imposed by the United States, Canada, the UK and many European countries on millions of human beings worldwide was compelling. But many in the room actually support the kind of "collective punishment" and neo-colonialism practised by Western countries with a view to destabilizing governments and facilitating "regime change." Draconian economic sanctions and financial blockades have destroyed the effective functioning of globalization, and dislocated trade and supply chains, resulting in an energy crisis, scarcity of foods and medicines, and threatening millions of human beings with death by starvation or lack of access to medical equipment and care.

The Chinese delegation endorsed Professor Douhan's reports and condemned UCMs on September 14 as an egregious violation of international law, illegal extra-territorial application of domestic law, long-arm jurisdiction, secondary sanctions and over-compliance. It is grotesque that these UMCs are purportedly justified by some in the name of democracy and human rights. The level of hypocrisy and cynicism in the Council is breathtaking. One must experience it to believe it. I witnessed it during my six years as a UN independent expert.

Surely UMCs are incompatible with General Assembly Resolutions 2131, 2625, 3314, and 60/1, and were specifically condemned in resolutions 53/141, 75/181, and 76/161, and by the Human Rights Council in resolutions 27/21, 36/10, 45/5, and 46/5. The record of those voting against these resolutions is disgraceful, including Austria, Brazil, Bulgaria, Czech Rpublic, Denmark, France, Germany, Italy, Japan, Marshall Islands, Netherlands, Poland, Republic of Korea, Ukraine and the United Kingdom. Do these countries understand the meaning of human rights?

This 51st session of the Human Rights Council should again condemn sanctions and financial blockades, establish a register of such illegal sanctions and a mechanism to suppress them.  More than that, the General Assembly should adopt a resolution under article 96 of the UN Charter elevating the legal questions surrounding UCMs to the International Court of Justice to conclusively recognize their lack of legality or legitimacy, and define the level of reparations to be paid by countries imposing UCMs to the millions of victims. China could table such a resolution during the 77th session of the General Assembly.

Beyond that, the International Criminal Court should quantify the number of deaths attributable to UCMs and declare them crimes against humanity in contravention of article 7 of the Statute of Rome.

Because economic sanctions kill, China should continue pushing for the immediate lifting of UCMs. The Human Rights Council should establish a commission of inquiry to work together with the Special Rapporteur in holding countries accountable for UCMs.

Principle 19 of my 25 Principles on International Order, submitted to the UNHRC in 2018 and published in my 2021 book "Building a Just World Order," focuses on the civil and criminal responsibility of those states imposing UCMs. My principles are based on the UN Charter, numerous resolutions by the General Assembly and UN treaty bodies, as well as thematic reports by High Commissioners, including Navi Pillay's 2012 landmark report A/HRC/19/33.