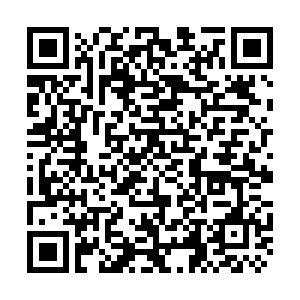 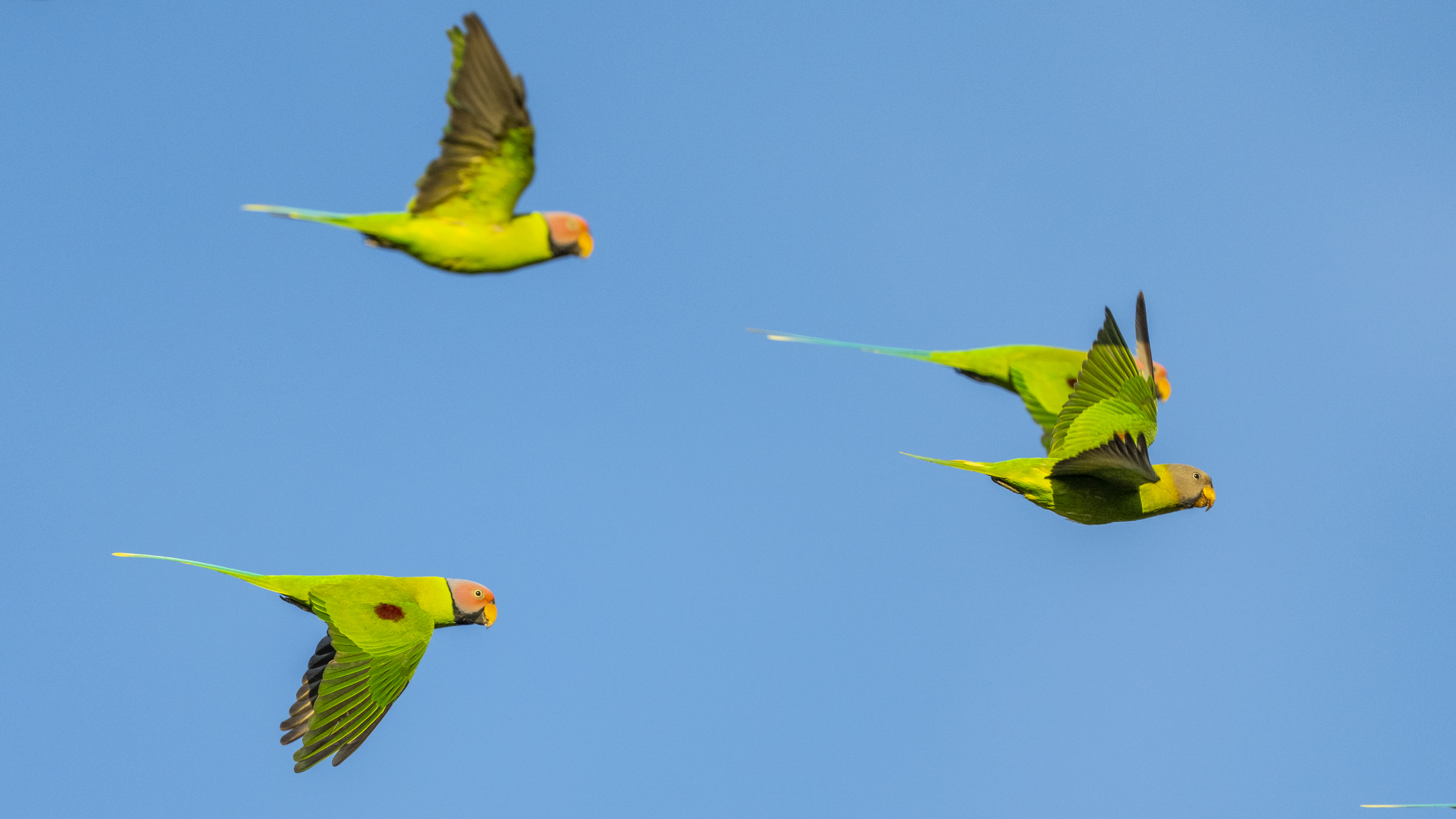 The bird is the blossom-headed parakeet. Males of the species have a pink head, a black neck collar and a mostly green body. Meanwhile, the females have a paler body and a gray head.

For nearly 100 years, the rare parrot was believed to have disappeared in China. That is, until April 2015, when seven birds were spotted in Yingjiang County in southwest China's Yunnan Province, convincing scientists and bird lovers that they still have a population in China.

Twenty-two blossom-headed parakeets were captured in one photo on September 11, after a group of wildlife photographers' two-month search.

"We found one in July and went back there several times just to see them, and finally, we discovered this flock of the precious parrot in early September," said Hu Xiaohong and Jia Lei from Ruili City in Yunnan.

"Blossom-headed parakeets are rarely seen in China. As of today, no specimen has been recorded in China. The photos and pictures taken this time could prove that its population is at least 22 now, the newest addition to the species in China," Professor Liu Yang from Sun Yat-Sen University's School of Ecology and a well-known bird watcher, told CGTN.

Han Lianxian, a former professor of the Southwest Forestry University in Yunnan and a bird expert, believes the parrot population, which frequently travels across the border between China and Myanmar, is slowly increasing in China.

So far, the parrot has been spotted in Yunnan's Yingjiang County, Ruili City and Mangshi City.

(Cover image by Xu Xiangdong. Zhu Bianyong from Dehong Radio and Television Station of Yunnan also contributed to the story. )