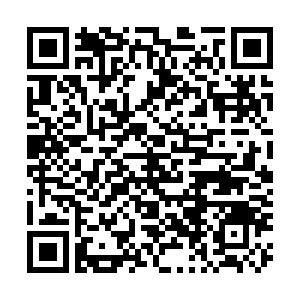 The concept of connected vehicles can be traced back to the 1990s. At the 1996 Chicago Auto Show, General Motors announced "Project Beacon" – later renamed OnStar – which was enabled by onboard sensors, live advisors and multiple intelligent algorithms.

However, the connection only allowed information flow between vehicles and operation centers. Empowered by leaps forward in technology, connected cars are now embarking on a new era of ICV.

"Taxonomy of driving automation for vehicles," published by the Standardization Administration of the People's Republic of China in August 20, 2021, officially came into effect on March 1, 2022. It is the foundation for China's ICV standards system, and provides a framework for subsequent laws, regulations and mandatory standards for autonomous driving in China.

The standard divides driving automation into six levels. Levels 0 to 2 feature driver assistance, where the system assists humans in dynamic driving tasks and the driving subject remains the driver. Levels 3 to 5 refer to more autonomous driving experiences, where the system performs dynamic driving tasks instead of humans under the designed operating conditions, and the driving subject is the system when the function is activated.

China's ICV industry is an important driver in the high-quality development of the world's largest auto market, according to the Ministry of Industry and Information Technology.

In the first half year of 2022, the average penetration rate of the Level 2 (combined driving assistance) passenger vehicles in China's passenger vehicle market increased to 32.4 percent, up 12.7 percent year on year. The penetration rate reached 36.1 percent in June, exceeding 30 percent for four consecutive months since March 2022 and reaching an all-time high this year.

Opportunities and challenges ahead

Digitalization is at the core of ICVs and China is leading the digital sector worldwide, according to Oliver Zipse, chairman of the board of management of BMW AG, speaking during the WICV 2022. The progress in China's digitalization inevitably drives the development of the world's digitalization, he added.

Chip shortages are a current challenge, and the CICV predicted the problem will continue to have a negative impact on the sales and penetration of cars with Level 2 driving assistance.

In the process of continuous technological updates and development, China has made breakthroughs in ICV-related key technologies, such as vehicle operating systems and computing chips with large computing power, the Ministry of Industry and Information Technology said in a statement on Friday.