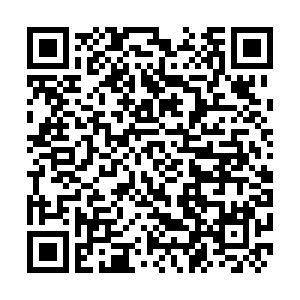 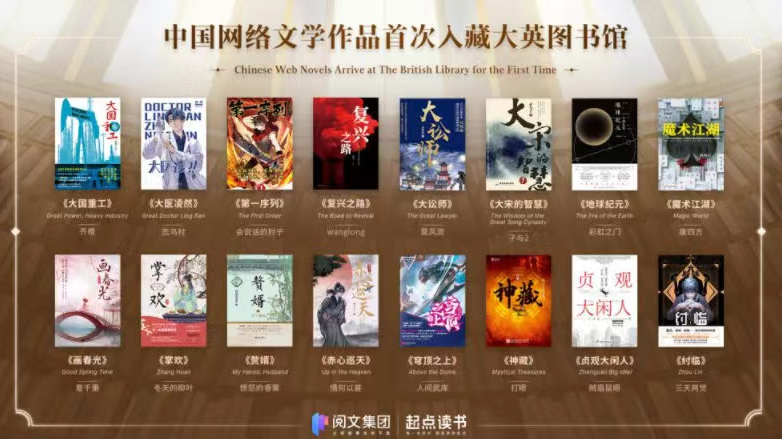 While China's books have made their way all over the world for thousands of years, the online version of Chinese literature is said to be only becoming a sought-after commodity overseas in the past two decades.

And its popularity is growing.

Chinese online literature's most recent recognition: They can now be found on the bookshelves of the British Library, one of the world's largest libraries.

Sixteen works have become the first batch of Chinese web novels to be included in the British Library, which reportedly selects works based on their popularity, cultural and artistic value.

Excited bibliophiles and authors have hailed the inclusion as proof that online literature is becoming an important contemporary cultural phenomenon and a successful cultural export for China.

"Many may assume online literature is simply superficial 'fast-food' romance novels, but being added to the library shows their value: vivid storytelling, a bold imagination, and a strong sense of engagement," said 25-year-old lawyer Liu Chen, a self-labeled fan of web novels of 12 years.

"Maybe in a few decades, we will have some die-hard fans who speak foreign languages but grow up reading Chinese online literature," Liu told CGTN.

In recent years, Chinese online literature has increasingly earned good reviews via word of mouth, both at home and abroad. A total of 144 novels have been collected in the National Library of China, the library's website showed.

At the same time, online literature has become the largest source of Chinese cultural intellectual property products being exported overseas, and its coverage has expanded from Southeast Asia, Northeast Asia, and North America to Europe and Africa, according to a recent report by a Xinhua News Agency think tank.

As one of the current pillars of mass cultural consumption, the Chinese online literature industry has quickly matured with the continuous improvement of its business model and the vigorous increase in online demand spurred by the pandemic in the past two years, He Hong, director of the Network Literature Center of the Chinese Writers Association, told CGTN.

He explained that in the late 1990s, online literature had no fixed business model. But such digital literature has become the epitome of China's internet innovation and development.

In 2021, overseas readers who said they were willing to pay for Chinese works reached 48.4%, compared with 31.2% in 2020, multi-year surveys from iiMedia showed.

In future, the market is expected to undergo even more new changes, especially with the evolving overall layout of leading players in the overseas free reading, said He Hong.

He Hong also pointed out that due to the global pandemic, more people are choosing to stay indoors, making reading books, including e-books, one of the main sources of entertainment, which has led to a growth in online literature.

Also, the profession of being an online-literature writer has become more attractive as more people are drawn to its flexibility and stable income, he said.

Speaking about the future of Chinese online literature being exported worldwide, Tan Zhi Rong, co-founder of NexPage, an online platform that translates non-English books and transforms them into explainers, told CGTN that one of the greatest challenges in terms of promoting Chinese literature is "definitely in the area of translation."

He said that there have been more English books translated to Chinese than the other way around, although he noted that Chinese books, mainly fiction, have gained popularity over the years.

"There is a lot of relevant wisdom found in the ancient texts that are still applicable today, and China has shifted itself to be at the forefront of technological and scientific trends. To me, it felt to be such a pity that this knowledge couldn't be shared with a wider global audience," he said.

Now that Chinese books have made their way online, through various means, it can be seen as only a "first step" to making people more interested in Chinese texts.

The future of web novels and non-fiction literature, according to Tan, would include publishers and authors who are willing to work together to translate and promote full books of various languages to the world.