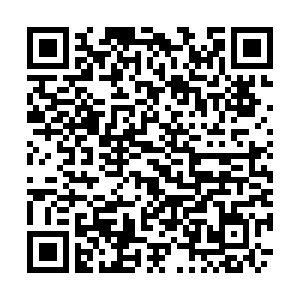 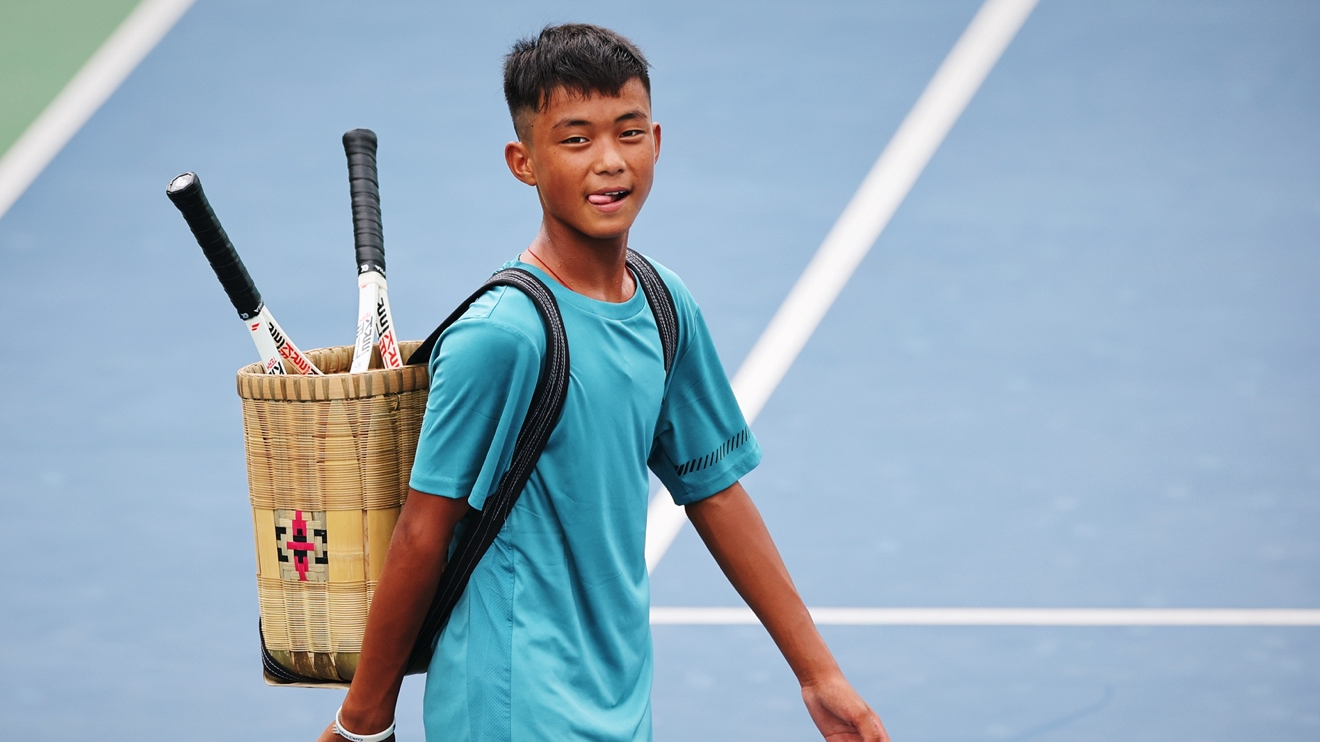 Fourteen-year-old Wang Fa has never thought he would be known by many in this way.

He won the championship in a recent tennis competition held in south China's Guangzhou City. But what's drawn more attention is the way he carried his racquets – using a distinctive bamboo pack basket.

He soon drew much attention after pictures highlighting his special "tennis bag" were posted online.

"The pack basket is usually used to carry crops in my hometown. It reminds me of the time when I helped my parents with farm work," Wang told CGTN.

Many netizens have said that the small basket is not just carrying his racquets, but also his big tennis dream.

An unexpected encounter with tennis

Wang is from Cangyuan County in southwest China's Yunnan Province. Bordering Myanmar, the area is mainly inhabited by ethnic Wa people. Having grown up in a remote village, he knew nothing about tennis until he was 8, when his talent was discovered by Zhang Xiaohong, a tennis coach.

"I was impressed by the flexibility and coordination of his body, as well as his strong explosive strength. He also has a good sense of space," Zhang recalled. 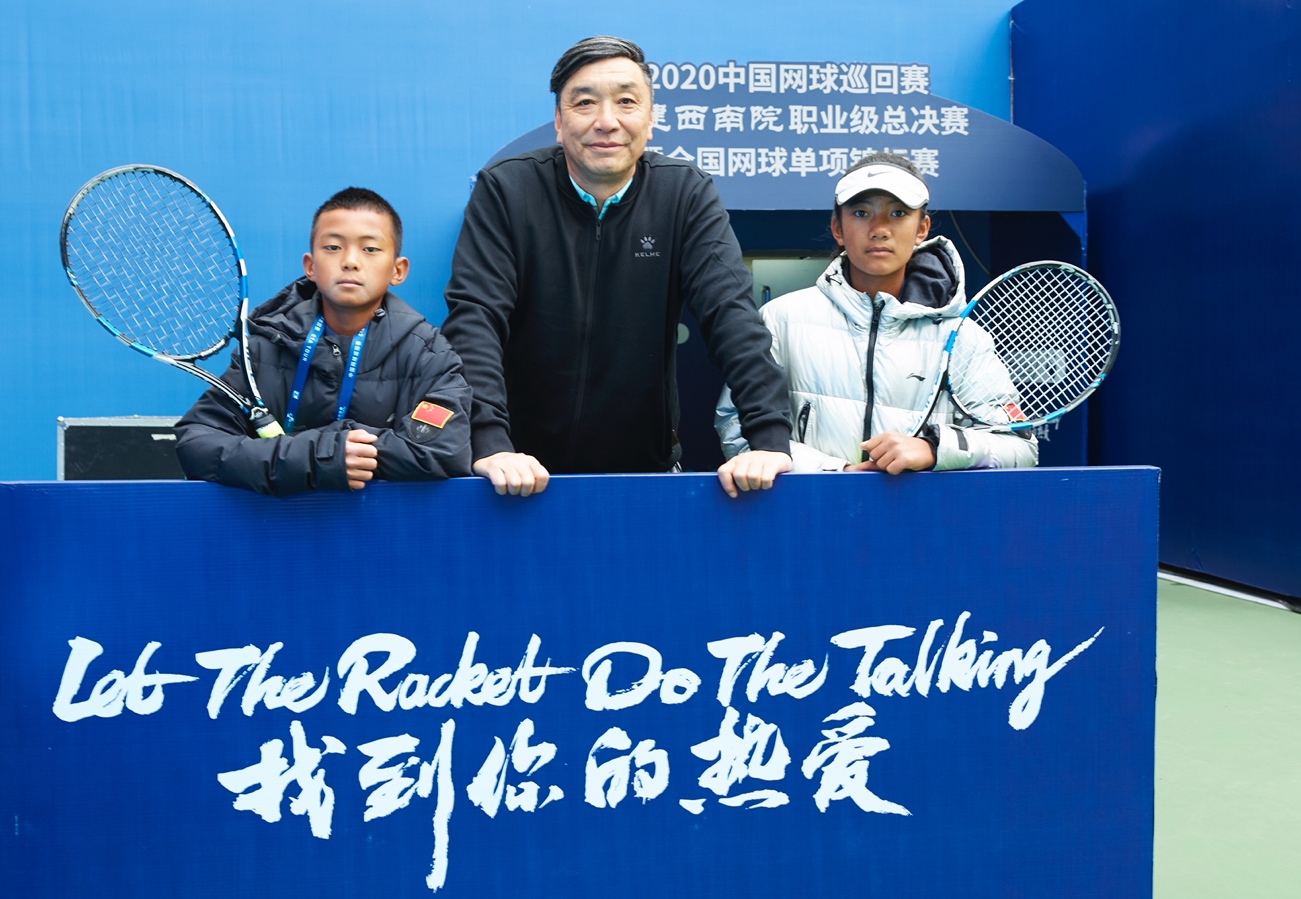 Zhang is the founder of the Wild Elephant Tennis Club in Yunnan. In 2016, he launched a special program aiming to train children from under-privileged families.

"I want to help children from rural areas to engage in competitive sports. I hope it can be a platform for them to explore more opportunities for their future life," Zhang told CGTN.

Back then, China was pushing ahead with the poverty alleviation campaign. Zhang said he was trying to play an active role in a special way.

For a long time, tennis has been regarded as a so-called "noble sport" in China and remained fresh to many. The success story of the two-time Grand Slam winner Li Na greatly spurred its popularity. But for people in rural areas, it's still something beyond their reach.

So when there's an opportunity to access what used to be far from him, Wang showed great curiosity and excitement.

Zhang recalled that Wang expressed his willingness to follow him to the provincial capital Kunming for training without hesitation.

He selected some 10 children from the county that time. 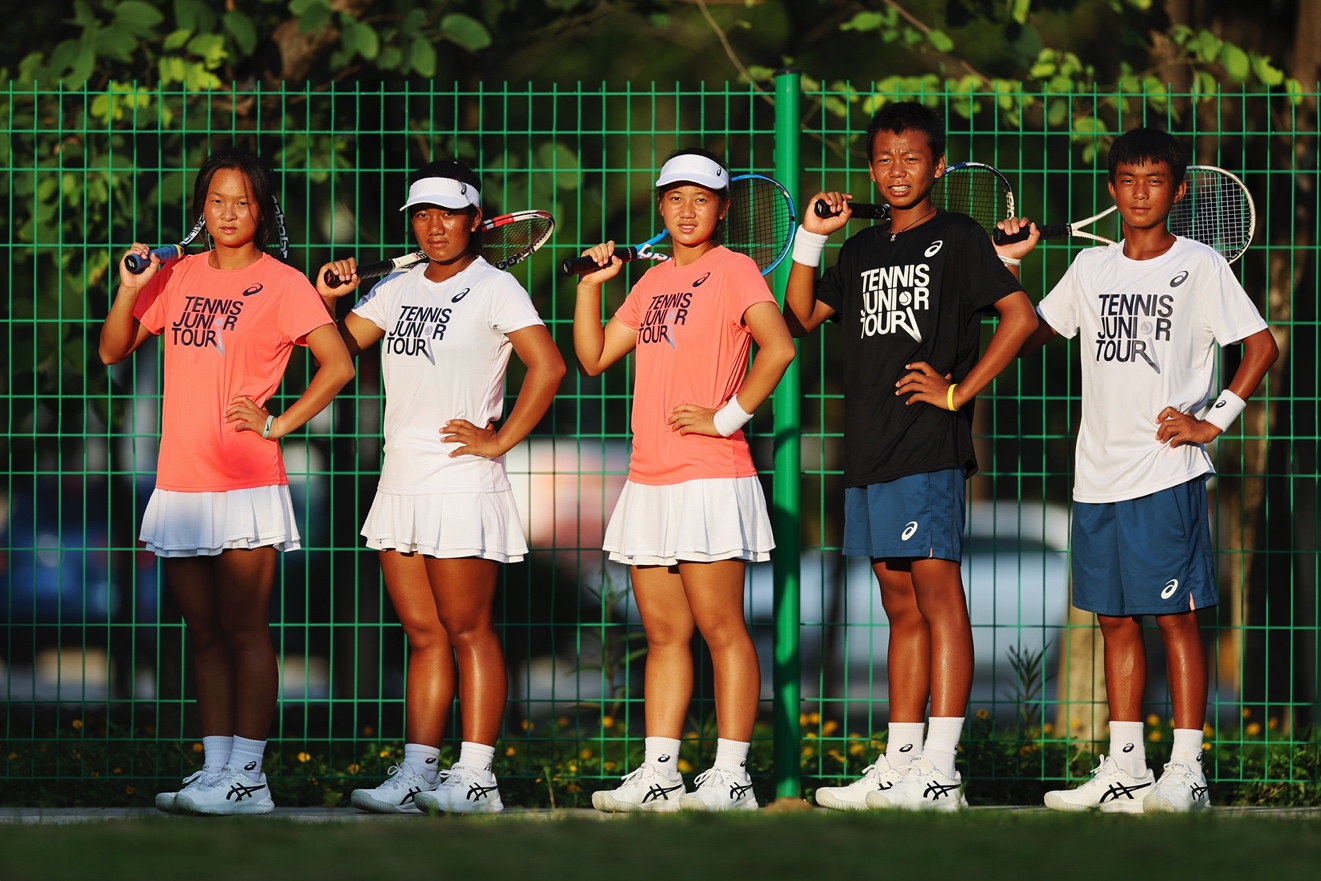 An adventure with challenges

Before long, the children's passion was overwhelmed by the boredom of the routine training. When they went back home to celebrate the Chinese New Year, most of them didn't want to return.

"I had to visit their families again and brought them back," said Zhang.

This was just the prelude of the adventure that comes with challenges. Finances have always been an issue as he covers all the costs for the children, including accommodations, sports gear and travel expenses, among other items.

From the beginning, they've lived in a makeshift dormitory set up beside the courts. Zhang said nobody has complained about that. Instead, they work very hard. They get up at around 5:30 every morning and start the routine exercises.

Wang has worn out 54 pairs of shoes so far. He needs new shoes almost every month.

During the most difficult time, he sold two of his cars to pull through.

"I don't want to buy houses or cars. What matters to me is the future of the kids, not a life of luxury," said Zhang.

Over the years, Zhang has not just acted as the children's coach, but also their parent. He ​involves himself in all aspects of the children's lives. Off the court, he also organizes classes for them to catch up with school curriculum.

He said that tennis is the focus of their life, but not all of it. They need to be prepared for more options.

"If some of them don't play professional tennis in the future, they can be coaches or choose to go to college for further education," he said.

Zhang's efforts have paid off. The young players have proudly proved themselves on court. Wang alone has won eight championships in various competitions.

"Before I started to learn tennis, I had just stayed [in] my hometown and knew little about the outside world. Now I've traveled to many different parts of the country," said Wang. "And I once even didn't speak Mandarin, but now I speak it better and better."

The young players are aiming for more.

"I'll keep working hard. I hope I can be a member of the national team in the future and compete in global tournaments," said Wang. The goal is shared by many of his teammates. 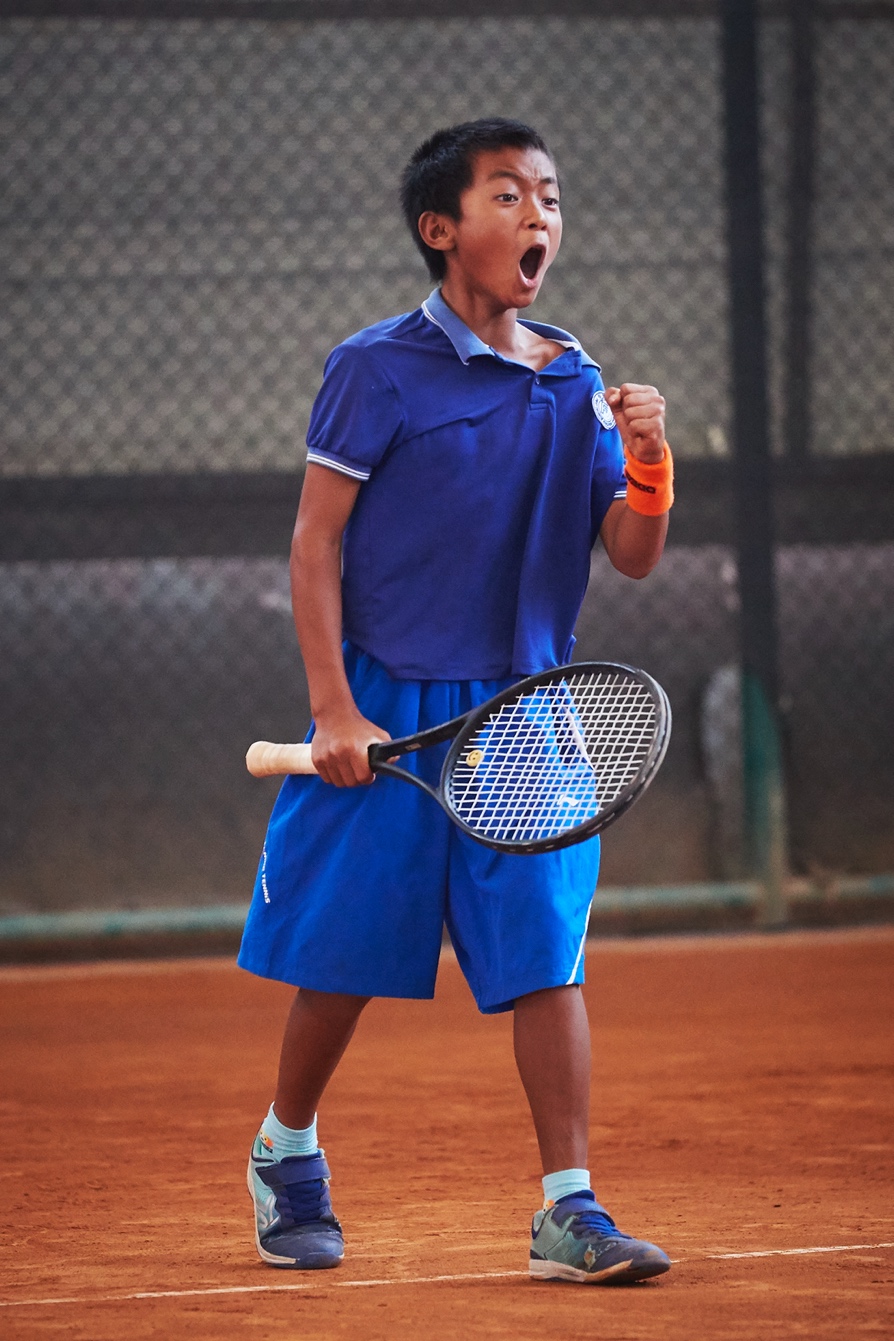 Wang Fa competes in a competition in 2020. /Li Jianyi

Wang Fa competes in a competition in 2020. /Li Jianyi

So far, Zhang has selected more than 20 children for the program. He said he will try his best to help more with passion for the sport.

As the youngsters keep making progress, they've got more assistance from people of different walks of life. The club has set up another training base in Langfang City in north China's Hebei Province with the help of local sports authorities.

In recent years, the country has seen more similar initiatives.

Sun Lingfeng, former captain of the national baseball team, has also been helping children from needy families learn the sport that is less known in China. Their story has even been made into a documentary and touched many.

China has strived for a balanced development, with many preferential policies given to the vast rural areas. Before the elimination of extreme poverty across the country, such programs could be an opportunity for the children to change their fate. Today, basic needs in these areas, including food, housing, education and medical care are no longer a problem, but Zhang believes that they can still be an approach to explore more possibilities for their life.

"I hope more warmhearted people can join the undertaking to make it sustainable, so that more children in need will benefit," Zhang said.

(Cover: Wang Fa with his rackets in a bamboo basket during the 2022 ASICS Tennis Junior Tour in Guangzhou, Guangdong Province, China. /Li Jianyi)