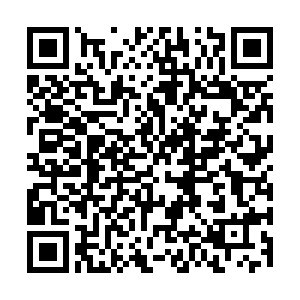 China's environmental protection authority said on Monday that the country will take specific actions to combat water pollution and restore the biodiversity of the Yangtze, the longest river in China, by 2025.

The announcement was made during a press conference in Beijing as a new action plan to protect the Yangtze was announced on Monday by 17 government departments including the Ministry of Ecology and Environment.

According to the ministry, the action plan involves technological and law enforcement measures in water pollution control and ecological restoration in the Yangtze River Economic Belt which consists of nine provinces and two municipalities along the Yangtze that stretch across the western, middle and eastern regions of the country.

In order to restore the fragile biodiversity of the Yangtze River, a 10-year fishing ban has been implemented since 2020, followed by various restoration projects. In this newly issued plan, more efforts are called to improve the monitoring system for aquatic wildlife.

The action plan proposes to strengthen the protection and restoration of key habitats for rare species and minimize the impact of fishery projects to the environment so that biodiversity can be recovered. To protect important species such as panda and cranes, the action plan looks to build more national parks and establish a sound system of protected natural areas which provide sanctuaries for flora and fauna.

The plan also provides for ensuring employment for the fishermen affected by the ban, guaranteeing the no-fishing policy to bring back lost aquatic resources.

The plan also proposes to extend the forest coverage and return farmlands to forests and grasslands based on scientific assessment. By 2025, about 75,000 hectares of desertified land shall be restored, and 1 million hectares of land recovered from rocky desertification.

The plan pledges law enforcement efforts to control illegal exploitation of the river, including sand mining, dock construction, garbage dumping, sewage discharging, etc. to clean the Yangtze as well as its major tributaries and lakes. Other water quality issues such as toxic algae bloom and heavy metal pollution are also included in the action plan.

The Yangtze, which stretches over 6,300 km, has a rich and complex terrain and climate along its basin and boasts one of the highest levels of biodiversity in the world.

It is China's longest waterway and the world's busiest inner waterway in terms of cargo flow. The Yangtze River Economic Belt, which generates about half of the country's GDP, is home to many of the country's free trade zones, playing an important role in coordinating the opening up of coastal, river, border and inland areas.

(Cover image via VCG, with input from Xinhua)