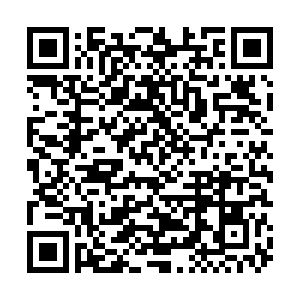 The aging leader of Tunisia's main opposition party was still waiting to be questioned by police more than 10 hours after arriving to answer a summons, his lawyer said on Monday, accusing the authorities of abuse.

Rached Ghannouchi, 81, head of the Islamist Ennahda party and speaker of the dissolved parliament, faces investigation over accusations relating to terrorism, which his party denies, calling it a political attack on a foe of President Kais Saied.

Ennahda has accused Saied of an anti-democratic coup since he seized most powers last summer, shutting down the parliament and moving to rule by decree, powers he has largely formalized with a new constitution ratified in a July referendum.

Dozens of protesters including lawyers and political activists gathered outside the police station to demonstrate against the questioning of Ghannouchi when he arrived there soon after midday.

"The police state is finished. We are with you Ghannouchi," some of them chanted, while others shouted, "Freedom."

Ghannouchi's lawyers said he and another senior party member, former prime minister Ali Larayedh, would be questioned by police for "sending jihadists to Syria," charges they and the party say are baseless.

Police did not start questioning Larayedh until five hours after the men had arrived, the lawyer said.

Tunisian authorities have not given any statement on the reason for Ghannouchi's summons. Last month, several former security officials and two Ennahda members were arrested on charges connected to Tunisians travelling for jihad.

The Ennahda leader has been a key player in Tunisian politics since the 2011 revolution that brought democracy, with his party joining several successive coalition governments.

When Saied seized most powers last summer and shut down the parliament, Ghannouchi accused him of an anti-democratic coup, something the president has denied.

Speaking to Reuters late on Saturday, Ghannouchi said the summons was "a new attempt to target opponents and a new step towards exclusion."

Security and official sources estimated that around 6,000 Tunisians traveled to Syria and Iraq last decade to join jihadist groups including the Islamic State. Many were killed there while others escaped and returned to Tunisia.

"I was against this phenomenon and took measures to limit it," Larayedh said, saying the summons had been concocted to distract public attention from high prices.

Secular parties have accused Ennahda of being lenient towards Islamist militants, something the party has long denied.

(Cover: Tunisia's parliament speaker and Ennahdha party leader Rached Ghannouchi is pictured at his office during an interview with AFP, in the capital Tunis, September 23, 2021. /CFP)