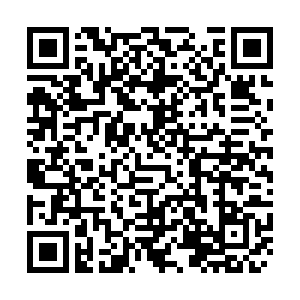 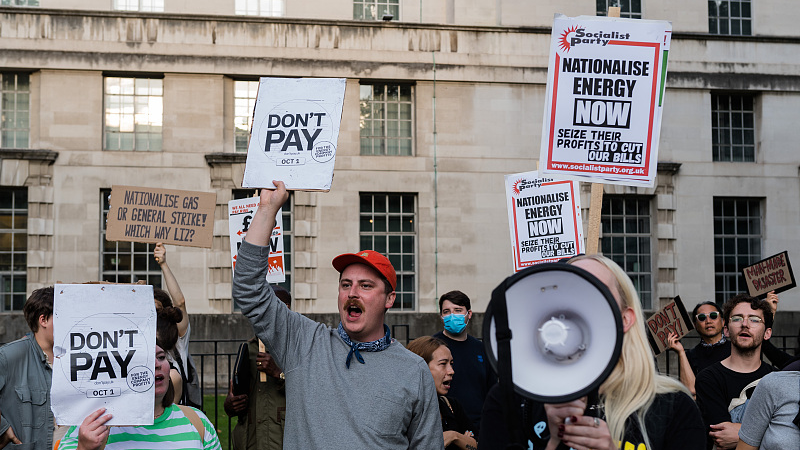 Demonstrators protest outside Downing Street against the government's handling of the cost of living crisis, London, UK, September 05, 2022. /CFP

Demonstrators protest outside Downing Street against the government's handling of the cost of living crisis, London, UK, September 05, 2022. /CFP

The UK government on Wednesday unveiled a six-month plan starting in October to reduce wholesale gas and electricity prices for all UK businesses, public sector organizations, and charities whose energy prices have increased due to global energy costs.

The government will provide a discount on wholesale gas and electricity prices by setting a Supported Wholesale Price, which is less than half of the wholesale prices anticipated this winter, according to a statement.

The discount will apply to fixed contracts agreed on or after 1 April 2022, as well as to deemed, variable and flexible tariffs and contracts. It will apply to energy usage from 1 October 2022 to 31 March 2023, covering an initial 6-month period, the statement said.

"We have stepped in to stop businesses collapsing, protect jobs and limit inflation," Chancellor of the Exchequer Kwasi Kwarteng said.

The Wednesday statement comes ahead of a mini-budget Friday when Kwarteng is expected to unveil tax cuts to help the nation struggling with decades-high inflation.

While official data Wednesday showed British public borrowing improved in August, it is expected to surge as the government funds the planned tax cuts.