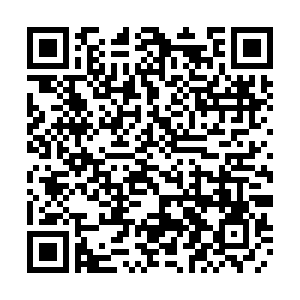 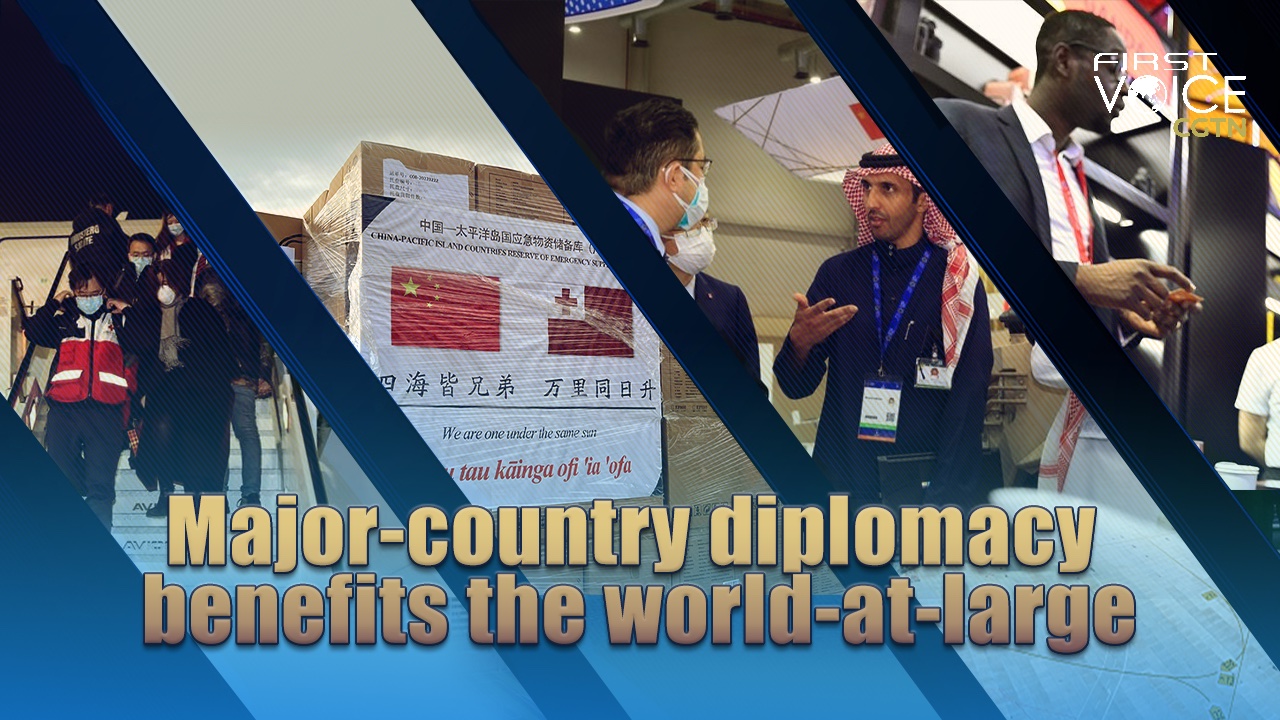 Editor's note: Over the past decade, China has made great accomplishments while navigating through a tumultuous global environment. As the 20th Communist Party of China National Congress approaches, CGTN's "First Voice" has prepared a 10-part series titled "The China Path: A Panoramic Decoding" to take you through the landmarks and watershed events over the past 10 years and decode the secret of China's development. This is part two of the series, focusing on China's diplomatic pursuits.

Poland is a major European agricultural producer, which exports large amounts of dairy products annually and China is one of its fastest growing markets. The China Railway Express (CRE) trains, which reduce transportation time from Poland to China – from 40 days by sea to around 14 days by land, are so crucial for Polish companies exporting agricultural goods to China. Agnieszka Maliszewska, director of the Polish Chamber of Milk, said the CRE has been "a very good choice" for them.

The CRE's development reflects on the amazing success story of the Belt and Road Initiative (BRI) and China's multilateral diplomacy. United Nations Secretary-General Antonio Guterres said, "China has become the most important pillar of multilateralism and an indispensable, trustworthy force for world peace and development."

Multilateralism can help to moderate over the impact of difficult issues and is therefore an important vehicle for a new type of international relations featured by win-win cooperation.

Since the 18th National Congress of the Chinese Communist Party (CPC), China has hosted a succession of diplomatic events in a bid to share China's voice, offering China's wisdom and proposing China's plan to the world through "host diplomacy." And Beijing has embraced the outside world with unprecedented openness through programs including the BRI.

In 2021, China's cross-border trade with countries among BRI member states has registered growth at 23.6 percent, 2.2 percentage points higher than the overall growth rate of China's foreign trade in the same period. Exports between China and BRI members have risen to an estimated 6.59 trillion yuan, up by 21.5 percent; while imports increased by 26.4 percent to 5.01 trillion yuan.

In the past nine years since the BRI, China has promoted cooperation among nation states to meet the challenges, protect people's health and safety, facilitate the recovery of social benefits and the economy, and unleash more growth potentials. So far, China has signed more than 200 documents on BRI cooperation with 149 countries and 32 international organizations. Building a community of shared future for humanity is the overall goal and the most distinctive feature of China's major-country diplomacy with Chinese characteristics in a new era. 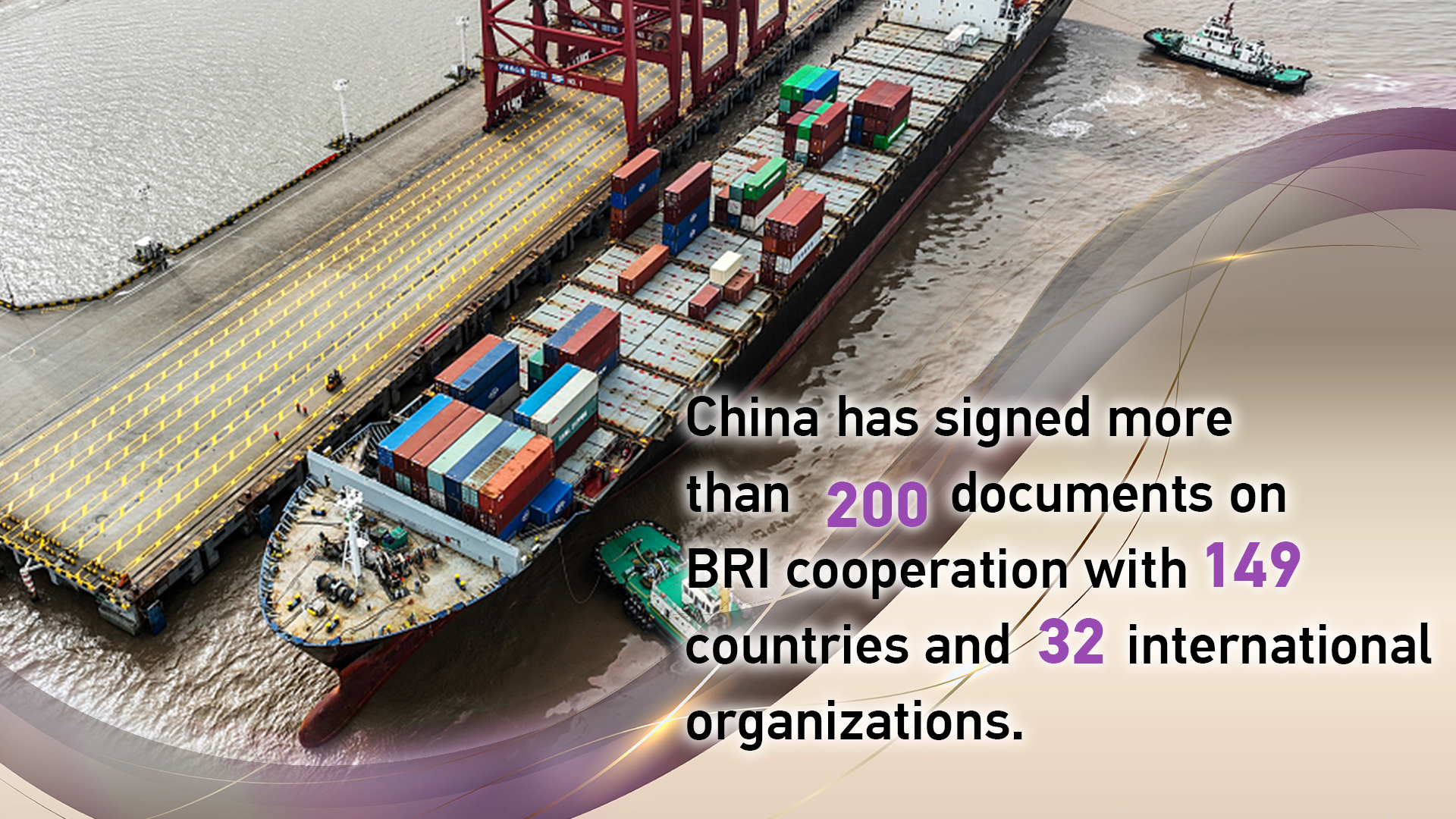 Accordingly, efforts should be first focused on the periphery countries. After making initial progress in Africa – the continent that has the greatest number of developing countries, China has taken further steps to include developed countries by holding dialogues with political parties and building trust among the people.

At the state level, China is building bilateral communities of shared future with Laos, Cambodia, Myanmar, Pakistan, and many other countries across the globe. At the regional level, China enjoys more shared regional consensus with the Association of Southeast Asian Nations, Africa, Arab states, as well as Latin America on building the community. At the global level, China calls for building communities of a shared future in the areas of cyberspace, nuclear safety, maritime affairs and health.

Consequently, Beijing is achieving the great rejuvenation of the Chinese nation not to get ahead of the U.S. nor to bring back its ancient glory, but to build a community of shared future with the rest of the world. The concept is central to Xi Jinping Thought on Diplomacy, guiding major-country diplomacy with Chinese characteristics.

Secondly, it is China's answer to such questions as "what happened to the world," "what should we do," "what kind of world should we build" and "how can we build such a world," in order to establish global connectivity through BRI cooperation.

Chinese President Xi Jinping, in his talks with foreign leaders, has repeatedly said, "the pandemic has once again proven that building a community of shared future is the only right path." Advancing the common values of humanity – peace, development, equity, justice, democracy and freedom, serve as a great banner for our times.

As humanity faces a growing governance deficit, trust deficit, development deficit, and peace deficit, the world today is witnessing changes on a scale unseen in a century's time. The international community looks to China for more and better global public goods. 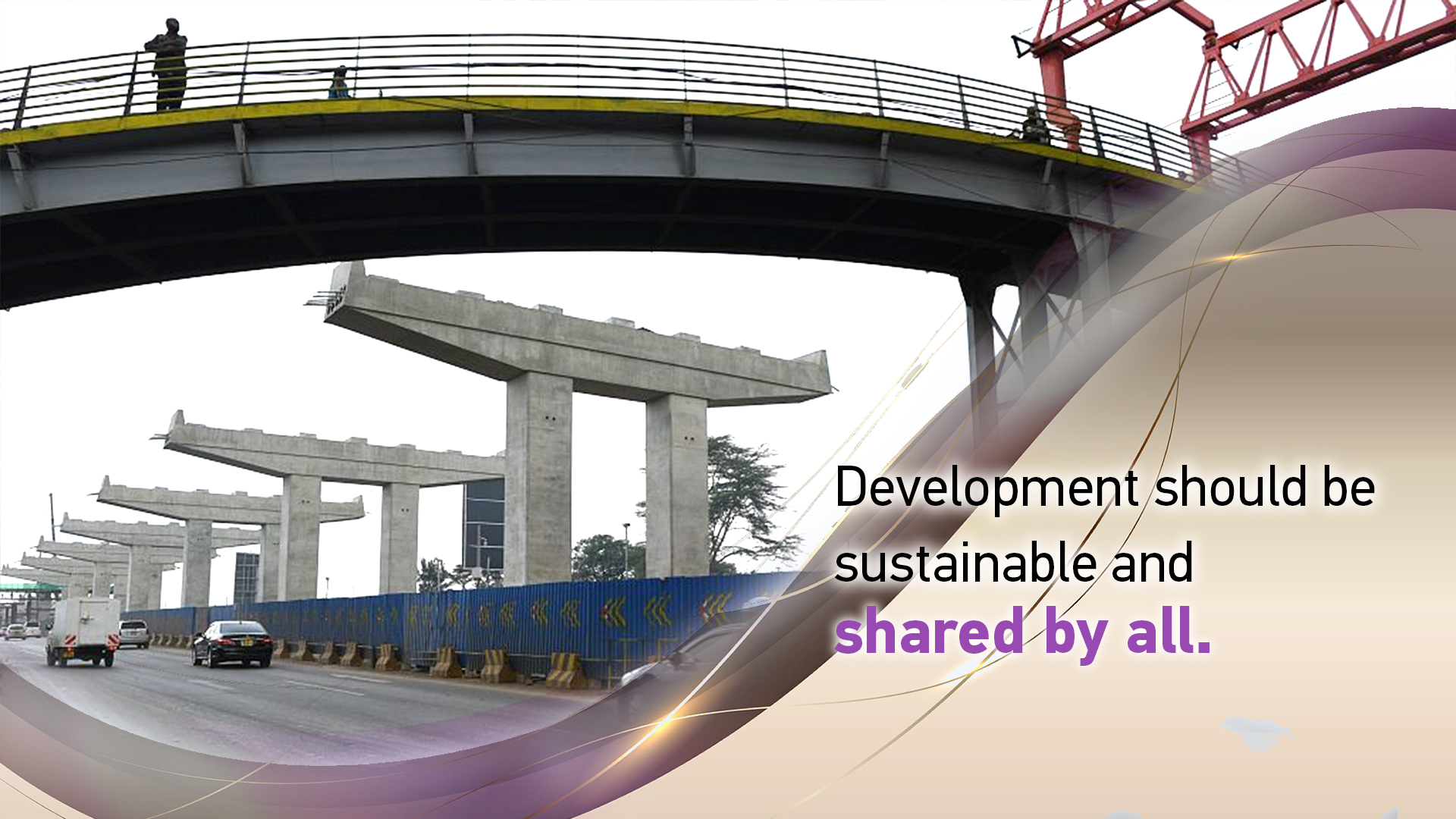 Development is the solution for all problems and its pursuit is shared by people across the world. In his speech at the United Nations General Assembly on September 21, 2021, President Xi proposed a Global Development Initiative to enhance all people's well-being and realize all-round human development.

He called on the international community to give greater consideration to developing countries and to prioritize cooperation on poverty reduction, food security, COVID-19 response and vaccines, development financing, climate change, green development, industrialization, digital economy and connectivity. Therefore, greater global synergy can help to implement the 2030 Agenda for Sustainable Development, which has received strong support from international organizations including the UN and nearly 100 countries.

Besides, China has also built powerful synergy for more enhance robust, greener and more balanced development overall. The Global Development Initiative and BRI are constant sources for wisdom and inspiration in efforts to upgrade global governance for bringing about a better world.

(Contributed by Wang Yiwei, Vice President of the Academy of Xi Jinping Thought on Socialism with Chinese Characteristics in a New Era, research fellow at the CPPS and professor at the School of International Studies at Renmin University in China.)