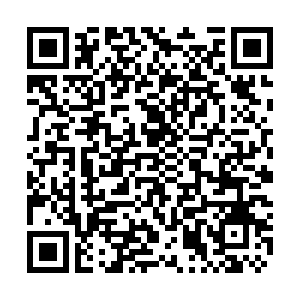 In his first national address since authorizing the "special military operation" in Ukraine in February, Putin restated that the "liberation" of the entire territory of Donbas remains the unchanging goal, according to TASS news agency.

He accused the West of trying to "weaken, divide and destroy" Russia. "The West wants Russia to break up into many warring regions," he said.

Putin called on the Russian government to "immediately" solve the problem of financial support for the defense industry to "increase the production of weapons."

The Kremlin published a decree on the partial mobilization.

In an interview with Russian state television, Shoigu said that students and those who served as conscripts would not be called up and that the majority of Russia's millions-strong reserves would not be drafted.

Ukrainian presidential adviser Mykhailo Podolyak said it was a predictable step that would prove extremely unpopular.

"Absolutely predictable appeal, which looks more like an attempt to justify their own failure," Podolyak told Reuters. "The war is clearly not going according to Russia's scenario."

Russia and Ukraine have also accused each other of endangering the Zaporizhzhia nuclear power plant in the fighting. Russia said on Wednesday a large-caliber shell had damaged a technical water pipe at the plant, which is occupied by Russian troops.

Putin's words also hit global markets, which have see-sawed since the start of the Ukraine-Russia conflict. The euro tumbled 0.7 percent against the dollar, European stock markets opened sharply lower, and investors piled into safe-haven bonds, pushing yields on German and U.S. government debt down.

Germany nationalized gas importer Uniper and Britain capped the wholesale cost of electricity and gas for businesses, Europe's latest moves to keep the lights on and heaters running this winter.

Putin calls the Russian action in Ukraine a "special military operation" to root out dangerous nationalists and "denazify" the country. The West says it is a land grab and an attempt to reconquer a country that broke free of Moscow's rule with the break-up of the Soviet Union in 1991.