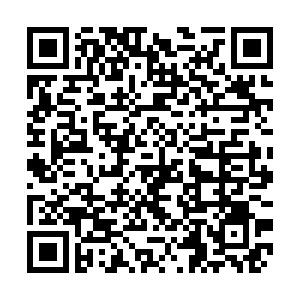 A day after 230 whales were found stranded on the wild and remote west coast of Australia's island state of Tasmania, only 35 were still alive despite rescue efforts that were to continue Thursday.

Half the pod of pilot whales stranded in Macquarie Harbor were presumed to still be alive on Wednesday, the Department of Natural Resources and Environment Tasmania said. 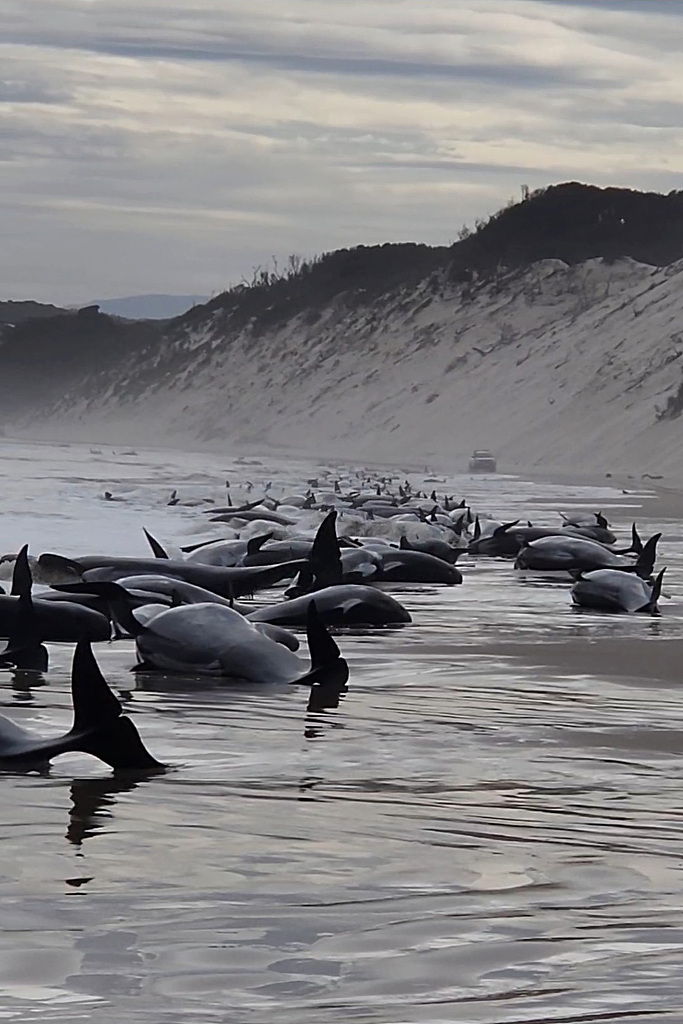 Hundreds of pilot whales have become stranded at Macquarie Harbor on Tasmania's west coast, Australia, in a mass stranding event on September 21, 2022. /VCG

Hundreds of pilot whales have become stranded at Macquarie Harbor on Tasmania's west coast, Australia, in a mass stranding event on September 21, 2022. /VCG 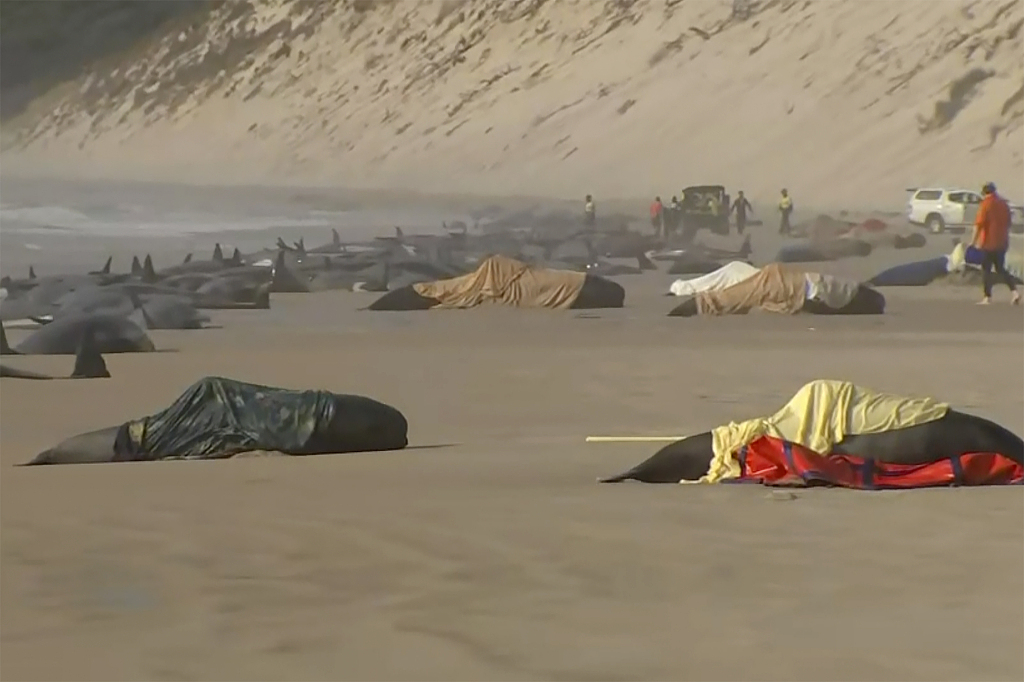 "We've triaged the animals yesterday as part of the preliminary assessment and we've identified those animals that had best chance of survival of the approximately 230 that stranded. Today's focus will be on rescue and release operations," Clark told reporters at nearby Strahan.

"We've got approximately 35 surviving animals out on the beach ... and the primary focus this morning will be on the rescue and release of those animals," Clark added. 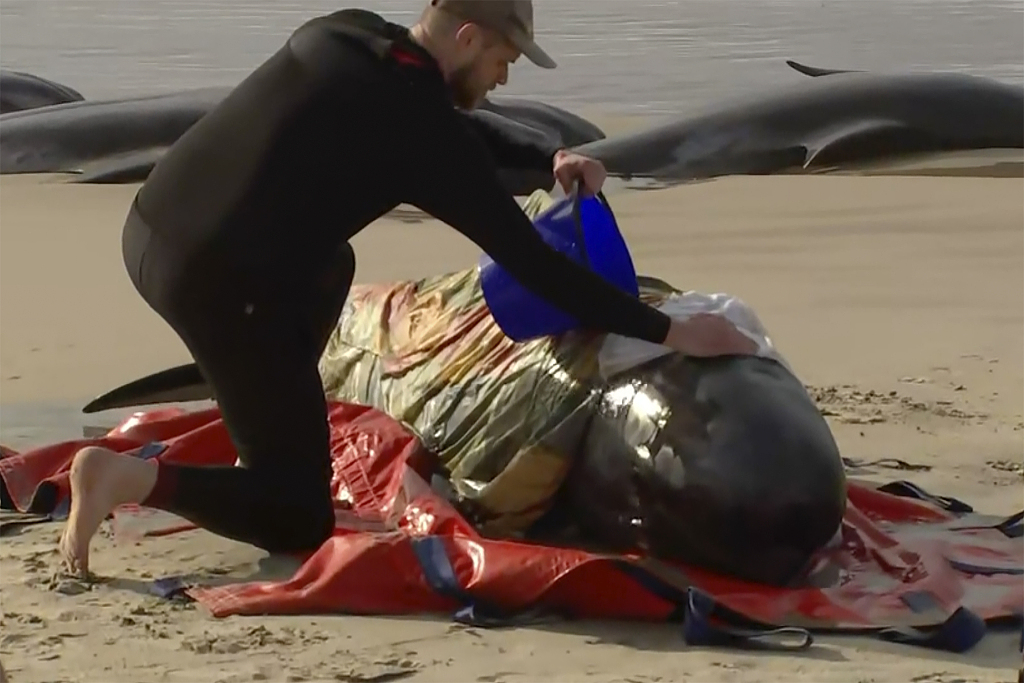 A rescuer pours water on one of the stranded whales on Tasmania's west coast, Australia, on September 21, 2022. More than 200 whales have been stranded just days after 14 sperm whales were found beached on Tasmania's coast. /VCG

A rescuer pours water on one of the stranded whales on Tasmania's west coast, Australia, on September 21, 2022. More than 200 whales have been stranded just days after 14 sperm whales were found beached on Tasmania's coast. /VCG

The whales beached two years to the day after the largest mass-stranding in Australia's history was discovered in the same harbor.

About 470 long-finned pilot whales were found on September 21, 2020, stuck on sandbars. After a weeklong effort, 111 of those whales were rescued but the rest died.

The entrance to the harbor is a notoriously shallow and dangerous channel known as Hell's Gate.

Local salmon farmer Linton Kringle helped in the 2020 rescue effort and said the latest challenge would be more difficult.

"Last time they were actually in the harbor and it's quite calm and we could, sort of, deal with them in there and we could get the boats up to them," Kringle said.

"But just on the beach, you just can't get a boat in there — it's too shallow, way too rough. My thoughts would be try to get them onto a vehicle if we can't swim them out," Kringle added.

Vanessa Pirotta, a wildlife scientist specializing in marine mammals, said it was too early to explain why the stranding had occurred.

"The fact that we've seen similar species, the same time, in the same location, reoccurring in terms of stranding at that same spot might provide some sort of indication that there might be something environmental here," Pirotta said.

"Whales are a protected species, even once deceased, and it is an offense to interfere with a carcass," the environment department said.

Fourteen sperm whales were discovered Monday afternoon on King Island, part of the state of Tasmania in the Bass Strait between Melbourne and Tasmania's northern coast.

Griffith University marine scientist Olaf Meynecke said it's unusual for sperm whales to wash ashore. He said that warmer temperatures could also be changing the ocean currents and moving the whales' traditional food.

"They will be going to different areas and searching for different food sources," Meynecke said. "When they do this, they are not in the best physical condition because they might be starving so this can lead them to take more risks and maybe go closer to shore."

The pilot whale is notorious for stranding in mass numbers, for reasons that are not entirely understood.