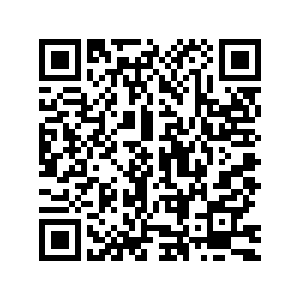 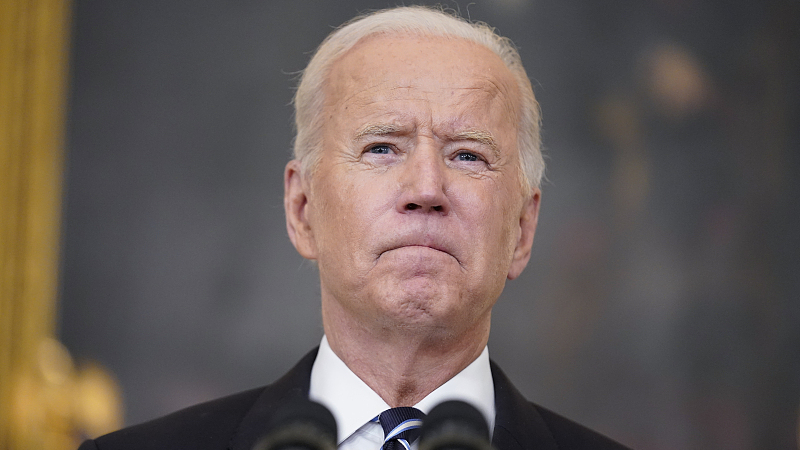 Editor's note: Anne O. Krueger, a former World Bank chief economist and former first deputy managing director of the International Monetary Fund, is Senior Research Professor of International Economics at the Johns Hopkins University School of Advanced International Studies and Senior Fellow at the Center for International Development at Stanford University. The article reflects the author's opinions and not necessarily the views of CGTN.

The contradiction between U.S. President Joe Biden's major domestic and foreign-policy objectives and his administration's trade policies has grown increasingly sharp. As Biden nears the midpoint of his electoral term, it is no exaggeration to say that he is waging war against his own agenda.

On the domestic front, the administration has emphasized the need to mitigate climate change, reduce inflation, fight poverty, and maintain productivity and growth. But its trade policies will do the opposite.

The same is true of U.S. foreign-policy objectives. Despite a clear bipartisan consensus on the need to strengthen U.S. alliances, the administration has raised tariffs on Canadian lumber, imposed stricter "Buy American" measures (which conflict with its World Trade Organization obligations), and taken other steps that harm U.S. allies.

Worse, these policies have raised (or at least failed to lower) costs and prices at a time when inflation is perched at a four-decade high. A Peterson Institute of International Economics policy brief estimates that the U.S. could achieve a one-time 1.3 percent reduction in consumer prices simply by removing the Trump-era tariffs on Chinese imports.

Solar panels offer a perfect illustration of how the administration's policies are contradicting each other. To phase out fossil fuels, solar cells must be produced on a much greater scale, embedded in solar-panel manufacturing, and then installed. After President Donald Trump imposed a 30 percent tariff on imported solar panels in 2018, Biden announced this year that he would extend that policy – albeit with some exceptions – as part of his campaign to support American manufacturing and "good jobs."

But environmentalists and solar-panel distributors and installers rightly objected, pointing out that while the solar industry employed 250,000 people as of 2019, only 34,000 were in solar-panel manufacturing, whereas a much larger share comprised installers. Moreover, about 80 percent of solar panels installed in the U.S. in 2019, and almost all solar cells, were imported, suggesting that America will remain dependent on solar imports even if it can increase its domestic productive capacity. 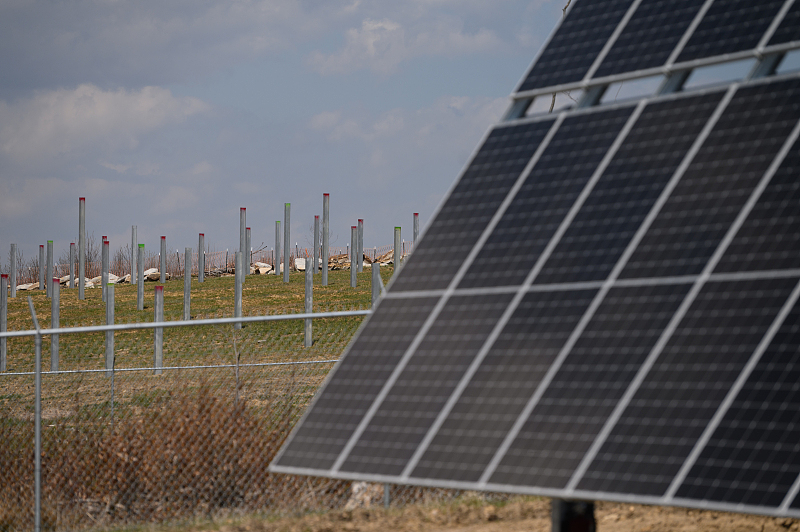 Posts to support racking systems for solar panels at the site of solar farm under construction on top of an old strip mine in Portage, Pennsylvania, U.S., April 25, 2022. /CFP

Posts to support racking systems for solar panels at the site of solar farm under construction on top of an old strip mine in Portage, Pennsylvania, U.S., April 25, 2022. /CFP

"Self-sufficiency" simply is not within reach. And because U.S. solar-panel producers still are not competitive internationally, they will demand protections that conflict with the goals of reducing fossil-fuel use and reining in inflation. In the end, more jobs will have been lost in solar-panel installation than could have been gained in production. Fortunately, this summer, the Biden administration lifted tariffs on solar panels imported from Canada and Mexico, and delayed imposing tariffs on solar-panel imports from Cambodia, Malaysia, Thailand, and Vietnam for two years.

Rather than embracing protectionism, the Biden administration could have met its environmental, inflation-reduction, and employment objectives more efficiently by subsidizing solar-panel production. Besides, it is doubtful that the stated national-security objective could even be achieved, considering that the U.S. lacks the raw materials for solar-cell production.

Another example of the Biden administration's policy incoherence is its lack of interest in joining the Comprehensive and Progressive Agreement for Trans-Pacific Partnership. After Trump abandoned the CPTPP's predecessor, the Trans-Pacific Partnership, which President Barack Obama had negotiated with 11 other Pacific Rim countries, Japan took over and pushed the agreement across the finish line – forming a massive economic bloc that does not include the U.S. As a result, U.S. exporters must compete with the duty-free goods entering from member countries, and since those countries are U.S. allies, both U.S. economic and geopolitical interests ultimately are harmed.

Tight immigration restrictions also run counter to Biden's stated policy objectives. For example, a shortage of visas for skilled workers has constrained semiconductor production and research and development, leading U.S. chip makers and high-tech industries to lobby for a higher visa cap – so far to no avail. At a time when the U.S. is adopting major new laws to accelerate semiconductor production and development, self-imposed barriers to skilled labor are a shot in the foot.

Likewise, restaurants and other businesses that employ unskilled workers and tend to rely on foreign-born labor have been struggling to fill jobs. By increasing these immigration flows, the U.S. could both boost growth and reduce some of the current inflationary pressures.

There are many more such conflicts. When the Biden administration sought to increase transport capacity in response to a threatened railroad strike, it appears not to have considered suspending the Jones Act, which prevents foreign ships from transporting goods between U.S. domestic ports.

Though the Jones Act is supposed to protect the U.S. shipping industry (including ship construction and employment in maritime shipping), any such benefit is vanishingly small. There are only about 9,200 seamen employed on U.S. ocean-going ships; and U.S. shipbuilding costs are so much higher than those of other countries that virtually no ocean-going vessels are produced in the U.S. By waiving the Jones Act, the Biden administration could have helped replace truck and rail with waterborne transport, serving its goals of reducing shipping costs, port congestion, inflation, and pollution all at once.

The U.S. economy is strong and thrives on competition. Policymakers will only weaken it, and undercut other objectives at home and abroad, by intervening to protect losers. To achieve better results for America and the world economy, the Biden administration should join the CPTPP, relax immigration restrictions, and, if support is deemed necessary, deploy carefully targeted subsidies for semiconductor and solar-panel production.