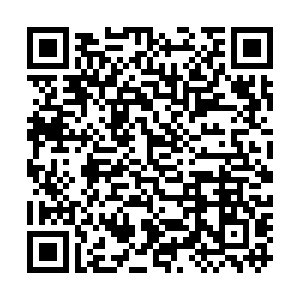 A senior Chinese diplomat on Wednesday rejected the accusations made by the representatives of the U.S., UK and EU regarding the rights of ethnic minorities in China.

Zhang Jun, China's permanent representative to the United Nations, made the remarks at the High-level Meeting of the 77th Session of the UN General Assembly to mark the commemoration of the 30th anniversary of the adoption of the Declaration on the Rights of Persons Belonging to National or Ethnic, Religious and Linguistic Minorities.

Zhang made it clear that China is a unified multi-ethnic state, where 56 ethnic groups remain closely united and together seek common, harmonious development for the building of a community with a shared future of the Chinese nation.

"Unfortunately, representatives of the U.S., the UK and the EU, in total disregard of facts, are abusing the General Debate of the General Assembly and today's meeting to make unfounded accusations against China, which we firmly oppose and categorically reject," Zhang said.

Mentioning the so-called assessment of Xinjiang released by the Office of the United Nations High Commissioner for Human Rights on August 31, Zhang said it "does not have any legal mandate, does not have the consent from the country concerned, and does not have any facts to support its claims."

Noting how countries like the U.S. and the UK list all sorts of unfounded charges against other countries, Zhang urged them to face their own problems.

"What the U.S. should really do is to face up to the genocide of native Americans and ensure accountability and compensation, eradicate systematic racial discrimination against Asians and other ethnic minorities, eliminate social injustice, and allow ethnic minorities to breathe freely and develop equally," Zhang said.

"We call on the Human Rights Council and the Special Rapporteur on Minorities Issues to continue to follow the infringement on minorities' rights by countries like the U.S.," Zhang added.

Acknowledging there has been positive progress in the implementation of the declaration, Zhang said, "We cannot ignore the fact that minorities are still facing challenges like racism, discrimination, xenophobia, violence and hatred."

"We must stay committed to dialogue and cooperation, and oppose the use of human rights issues to provoke division and confrontation for political self-interests. Together, we must truly create a peaceful and just environment for minorities to survive and thrive."