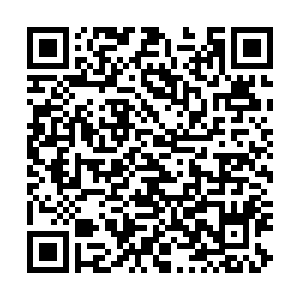 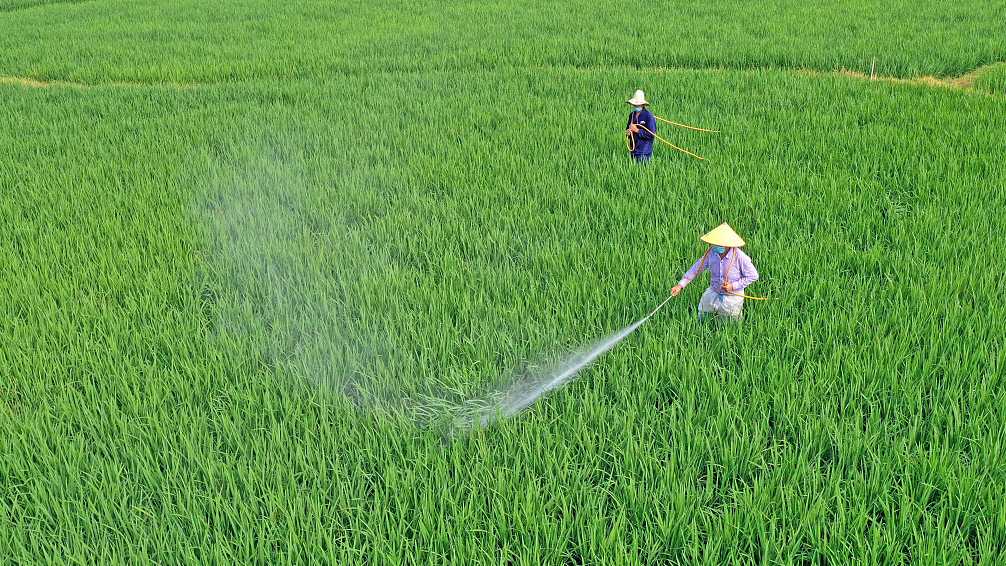 Chinese scientists have revealed for the first time the complete process of chitin biosynthesis, providing a new direction for the research and development of green pesticides, according to the Chinese Academy of Agricultural Sciences (CAAS).

Chitin is the most abundant aminopolysaccharide on earth, and its biosynthesis is essential for the survival and reproduction of a number of organisms, including pests, pathogenic fungi, and oomycetes that harm crop production. Meanwhile, it is an ideal molecular target for the development of green fungicides or insecticides.

The core of developing safe pesticides with a new mechanism of action lies in pesticide molecular targets. However, little is known about the mechanism of chitin biosynthesis in previous studies.

"A specific pesticide molecular target may give birth to dozens or even hundreds of new pesticides," said Song Baoan, academician at the Chinese Academy of Engineering (CAE) and president of Guizhou University. 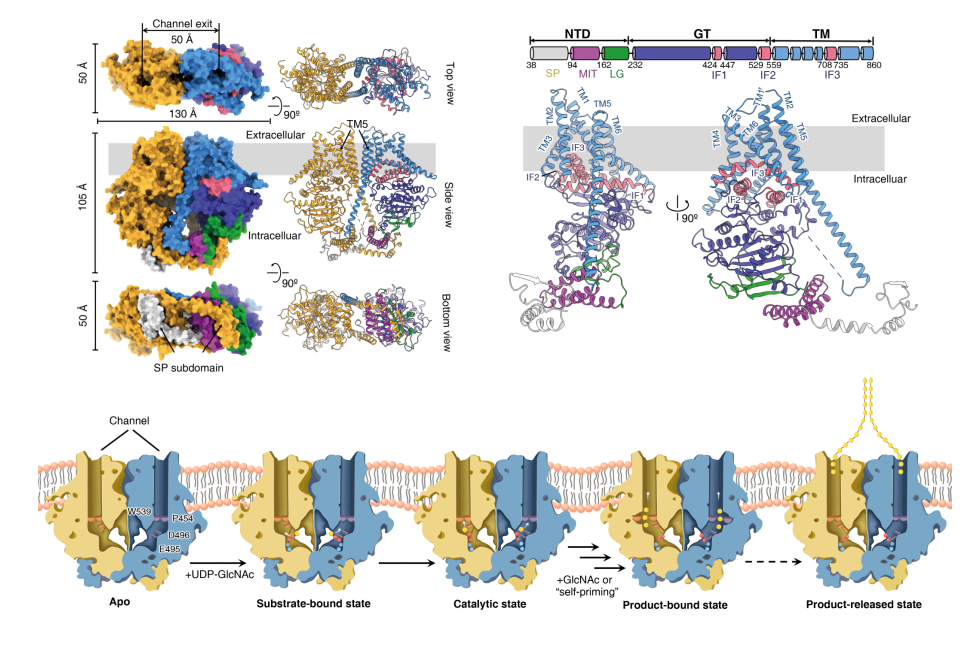 The three-dimensional structure of the PsChs1 (above) and a model of chitin biosynthesis (below). /CAAS

The three-dimensional structure of the PsChs1 (above) and a model of chitin biosynthesis (below). /CAAS

"The research is a milestone ... It will help to increase green pesticide varieties, improve the core competitiveness of China's pesticide industry and the ability to prevent and control pests, so as to ensure food security," Song added.

Qian Xuhong, academician at the CAE and president of East China Normal University, said the research has "broken through a bottleneck in the field of chitin pesticides in the past 50 years," and it is "one of the most important fundamental advances in global pesticide innovation research and development."

The study was published in Nature on Wednesday.

（With input from Xinhua）