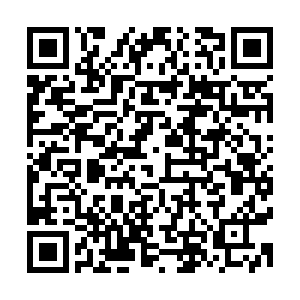 The oil portrait "Father" is seen as a milestone in contemporary Chinese portraiture. Created by Luo Zhongli, this famous artwork was displayed at the second National Young Painter's Exhibition in 1980, when it caused a sensation in the domestic fine art circle.

The documentary series "Fine Arts in China" by China Media Group shows how this oil painting came into being by focusing on the life experience of Luo Zhongli in rural Sichuan during his youth. It also shows the painter's admiration for farmers through his art. 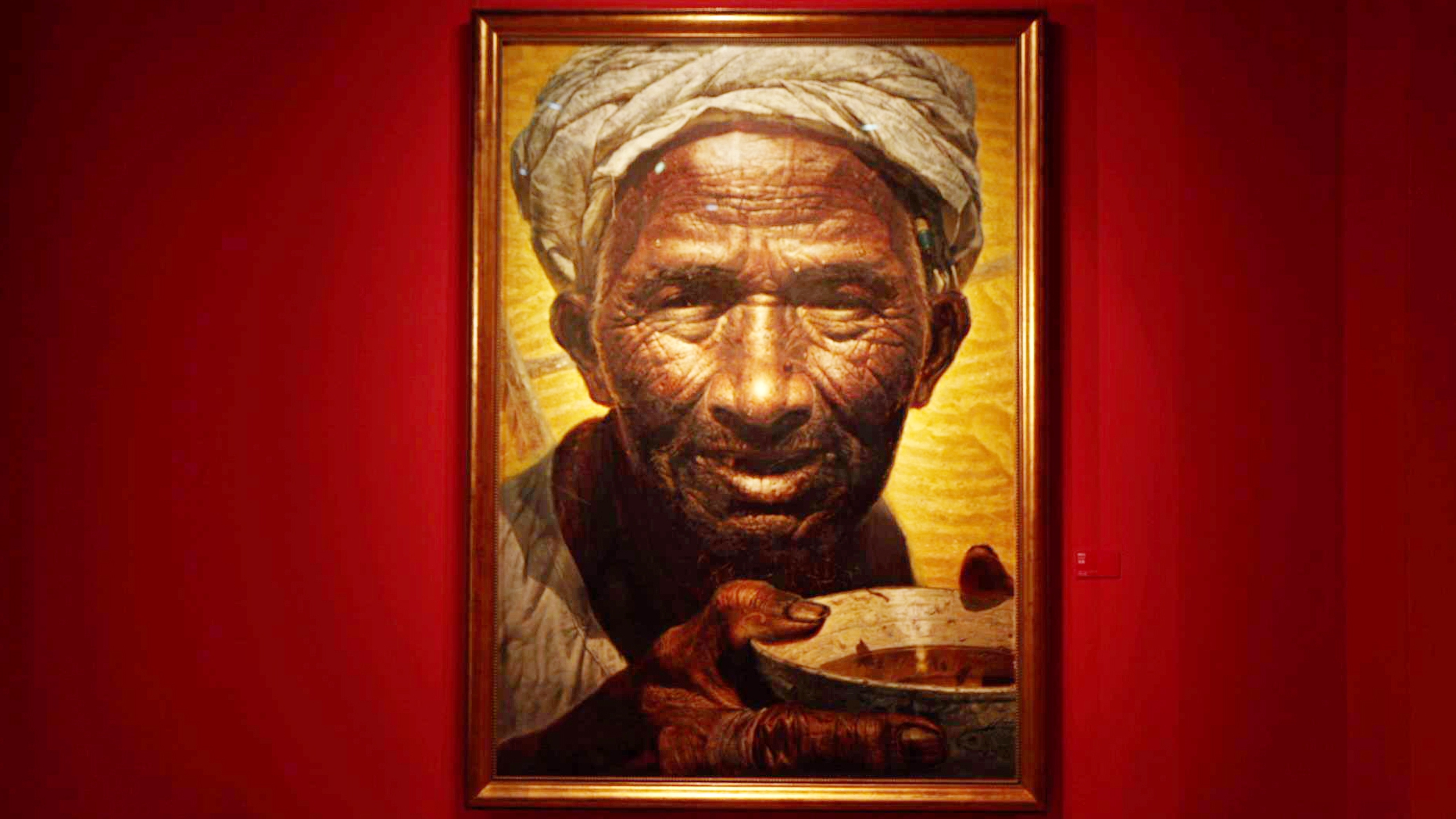 Taking a farmer as its subject, "Father"stands as a representative work of Luo Zhongli and has helped establish his reputation in oil painting. Its larger-than-life dimensions and meticulous detail convey the farmer's dignity in an almost tangible way. In this painting, the farmer's bronzed face radiates heat. Moreover, his chapped lips thirst for moisture, his toothless mouth looks like it has swallowed numerous hardships, and his rough hands clutch a chipped bowl, evoking a sense of struggle and hunger. The farmer's deep-set eyes seem to be marveling at nature's bounty amid the piercing sunshine while also gazing calmly yet hopefully at the person in front of him. This close-up image bears strongly on the canvas, making the farmer's stoical acceptance of struggle and suffering impossible to ignore. 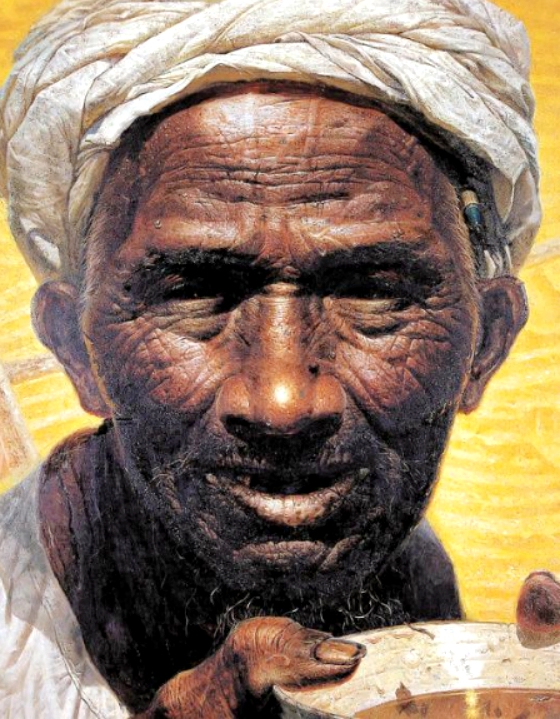 Measuring more than 2 meters by 1.5 meters, this masterpiece was not Luo Zhongli's first attempt at portraying farmers. From the 1960s to the 1970s, he lived in the Daba Mountains area of southwest China's Sichuan Province. In those salad days, the young painter came to appreciate the perseverance of those toiling in the fields. Luo recalled how he was inspired to paint "Father" when he saw a wizened old farmer guarding a storage area of manure.

In the 1970s, most Chinese countryside relied on this as a fertilizer. So the outhouses were closely guarded in case neighboring villagers tried to make off with this valuable resource. Luo explained that, as the Spring Festival was approaching that year, he met a farmer guarding one of these depots. The man looked dazed and had huddled in a corner because he was tired and cold. That scene moved Luo immensely, and he decided to paint a portrait to honor all Chinese farmers. The sketch dubbed "Manure-guarding Farmer" was the first draft of "Father." 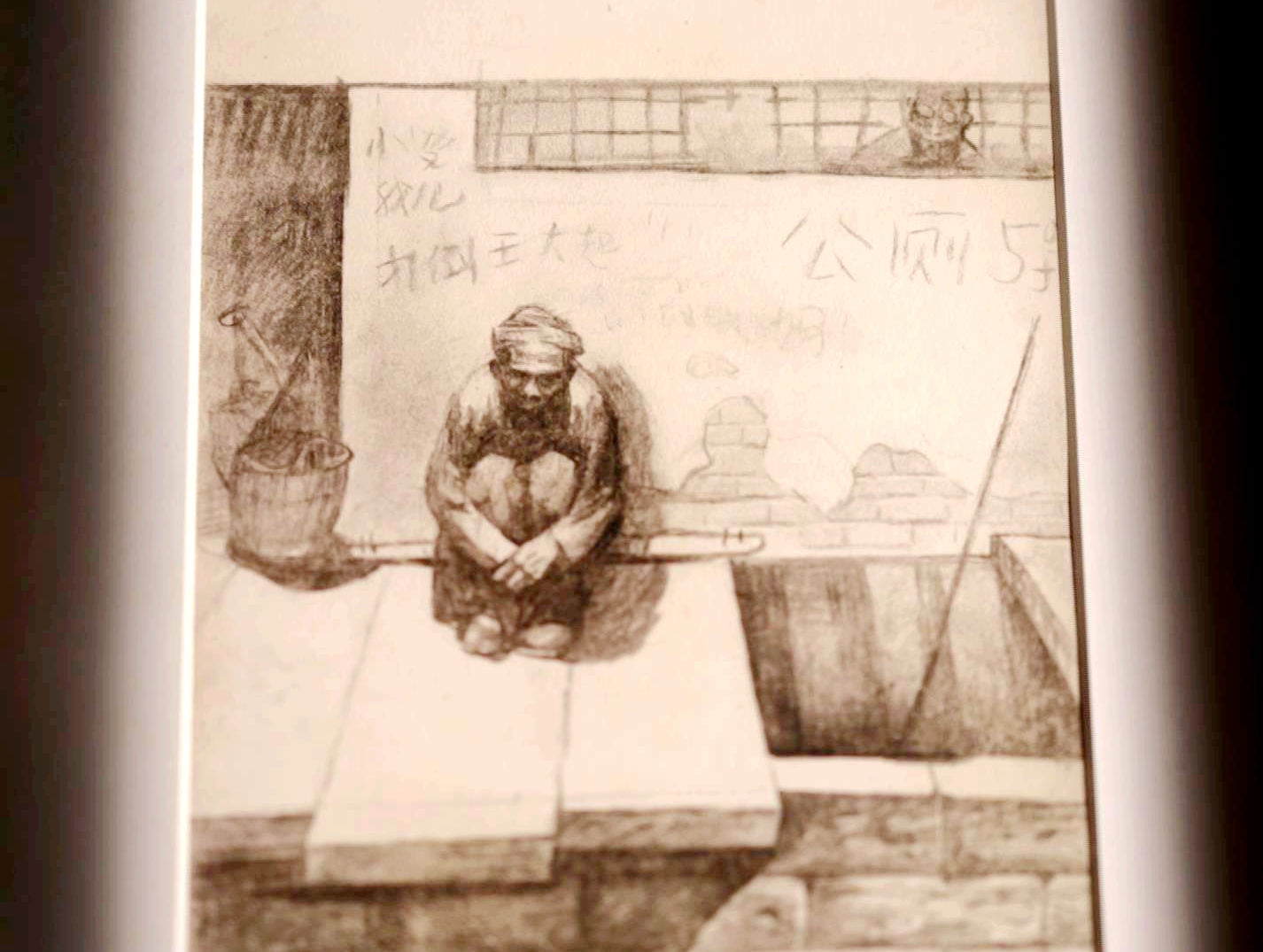 Details of the sketch "Manure-guarding Farmer" by Luo Zhongli. /CGTN

Details of the sketch "Manure-guarding Farmer" by Luo Zhongli. /CGTN

Luo tried various visual arrangements to better capture the essence and experience of these Chinese farmers - from gathering the harvest to others posing as former guerrilla fighters - but in the end, none of these were artistically satisfying for him. Luo said he wanted to create a magnificent and timeless image, a representative portrait that did justice to China's farming population, who serve as the backbone of the nation. In his mind, the fate of those tilling and farming the land represented the country as a whole. 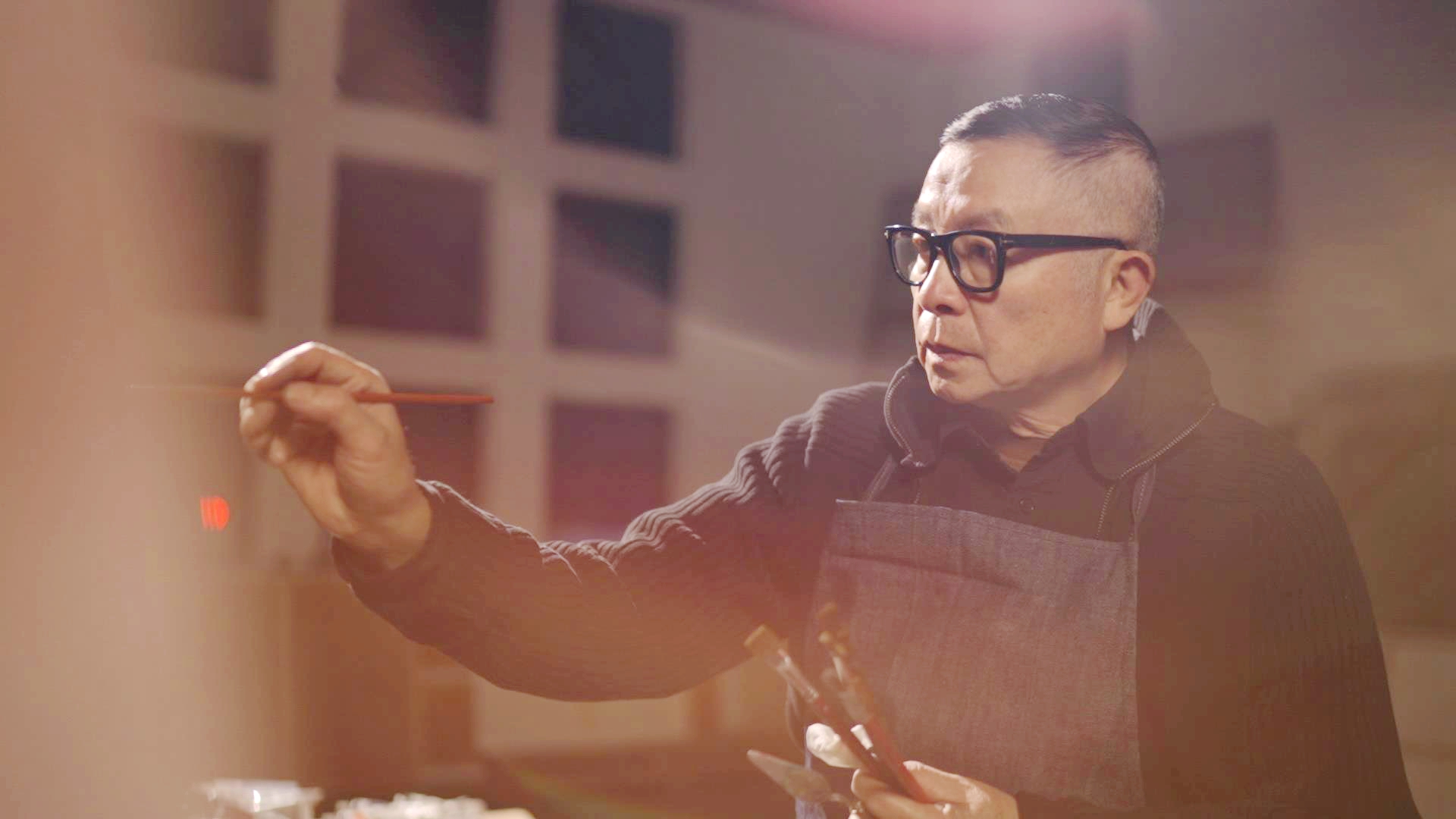 Luo Zhongli got an important insight one day while leafing through an art magazine. He decided to eschew the scenery and the story and focus instead on devoting the entire canvas to the face of one farmer. In doing so, he painted a visage that would resonate with all Chinese.

The image of a Chinese farmer whose eyes still burn intensely with hope despite his endured hardships reminded many spectators of their fathers. Such paternal strength gained through persistence and an indomitable will has buoyed and sustained families through generations across the entire nation. Many came to see "Father" as an everlasting tribute to this unyielding spirit.