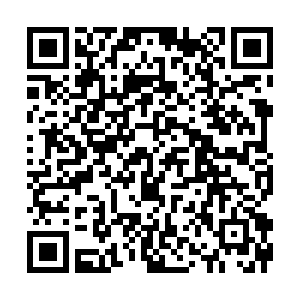 Wildlife experts on Thursday rescued 32 of the 230 whales that were found stranded on the wild and remote west coast of Australia's island state of Tasmania a day earlier.

Half the pod of pilot whales found stranded in Macquarie Harbor were presumed to still be alive on Wednesday, the Department of Natural Resources and Environment Tasmania said. 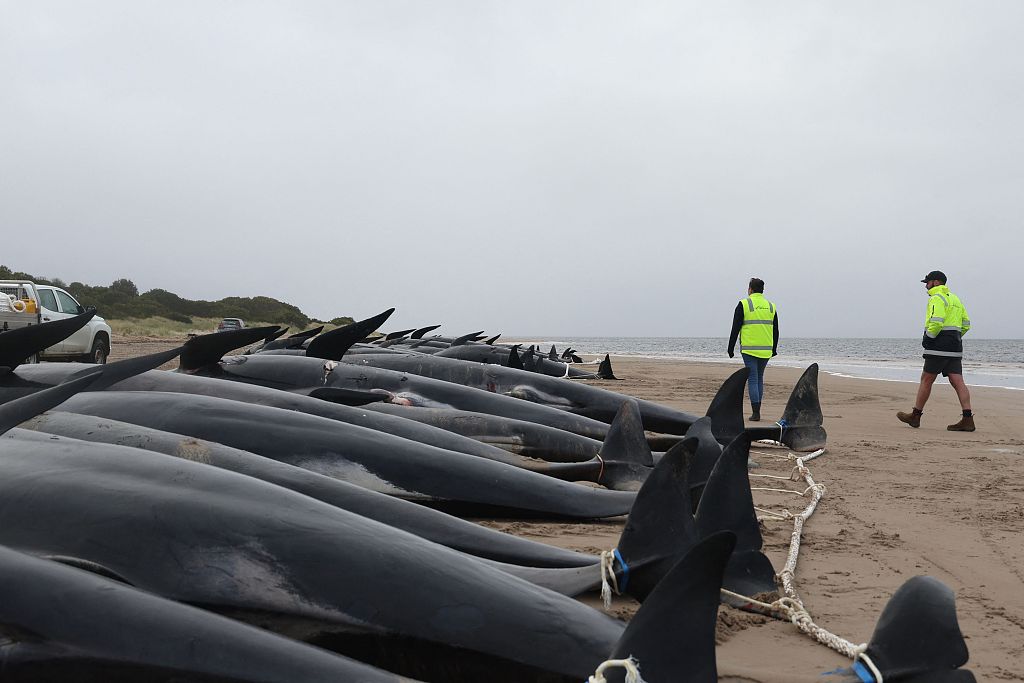 Tasmania state wildlife services personnel walk past the carcasses of pilot whales, numbering nearly 200, after they were found beached the previous day on Macquarie Heads on the west coast of Tasmania, on September 23, 2022. /VCG

Tasmania state wildlife services personnel walk past the carcasses of pilot whales, numbering nearly 200, after they were found beached the previous day on Macquarie Heads on the west coast of Tasmania, on September 23, 2022. /VCG

"Of the 35 that were remaining alive this morning, we've managed to refloat, rescue and release … 32 of those animals, and so that's a terrific result," Clark told reporters late Thursday at nearby Strahan.

"We still have three alive on the far northern end of Ocean Beach, but because of access restrictions, predominantly tidal influences, we just haven't been able to access those three animals safely today. But they'll be our priority in the morning," Clark added.

The whales beached two years to the day after the largest mass-stranding in Australia's history was discovered in the same harbor.

About 470 long-finned pilot whales were found on September 21, 2020, stuck on sandbars. After a weeklong effort, 111 of those whales were rescued but the rest died.

The entrance to the harbor is a notoriously shallow and dangerous channel known as Hell's Gate.

Marine Conservation Program biologist Kris Carlyon said the dead whales would be tested to see if there were toxins in their systems that might explain the disaster.

"These mass stranding events are typically the result of accidental sort of coming to shore, and that's through a whole host of reasons," Carlyon said.

Local salmon farmer Linton Kringle helped in the 2020 rescue effort and said Thursday's challenge was more difficult because the whales were in shallower and more exposed waters.

Fourteen sperm whales were discovered Monday afternoon beached on King Island in Bass Strait between the Australian mainland and Tasmania.

Griffith University marine scientist Olaf Meynecke said it's unusual for sperm whales to wash ashore. He said that warmer temperatures could also be changing the ocean currents and moving the whales' traditional food.