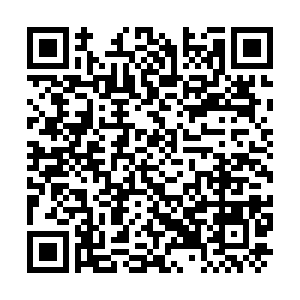 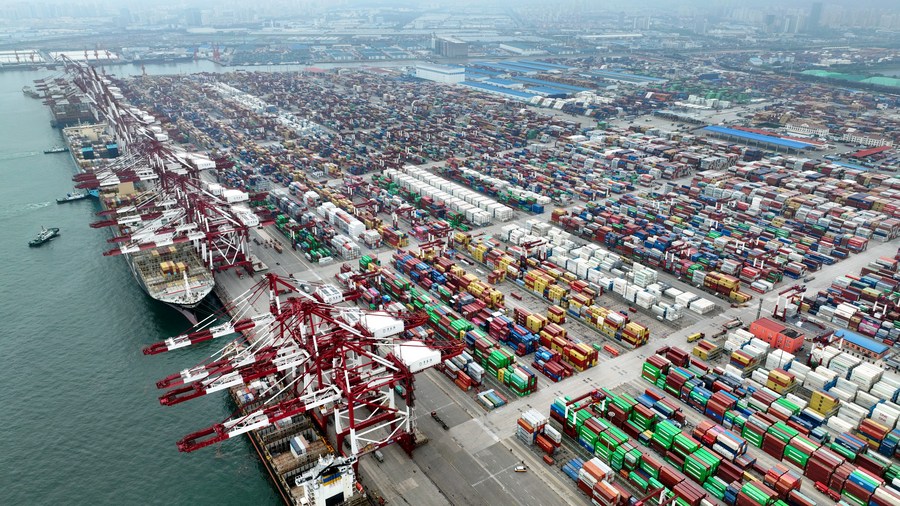 Economic slowdown is a typical stage to encounter

The International Monetary Fund's annual check-up of China's economy released in January 2022 notes that China's total factor productivity (TFP) growth is expected to continue at or below the relatively low recent average pace of 0.7 percent in the past decade, compared with the 10 years before.

Will the worrisome slowdown pose a challenge to China's goal of entering the ranks of rich nations and lifting its living standards?

China is now on the cusp of becoming a high-income country by World Bank's definition. Typically countries at this intermediate stage of development encounter a variety of pitfalls including diminishing returns to capital and a shrinking workforce. How well it copes with such threats to its growth or how successfully it escapes from the middle-income trap could be a test for China as a potential candidate for high-income country.

Nevertheless, domestic and international investors could be reassured that China's government has consistently shown its ability to correct itself if any. It went from cultivating state-owned firms to cutting them down in the 1990s, from dismissing concerns about debts to launching a de-leveraging campaign over the past decade.

A natural starting point for thinking about growth is Robert Solow's 1956 paper, "A contribution to the theory of growth," where a country's long-term growth depends on three basic factors: labor, capital and TFP. TFP is an attempt to measure how effective to combine labor and capital, which in turn relies on the level of education, the depth of scientific know-how and the quality of business management among others.

A recent research by Thomas Philippon, a professor of finance at New York University, is thought-provoking. Looking at American data going back to 1890 and British data from 1600 to 1914, he finds that, while the rate of growth in percentage terms may be slowing, societies do get richer, just not as fast as generally thought.

Over the past four decades, China has experienced turbocharged growth due to all three factors coming together at full pelt and a productivity boom owing, in large part, to market-oriented policies and technological advancement.

China is still accumulating capital and labor at a furious pace. China invested 43 percent of its GDP in the five years before the pandemic while the high-income countries averaged about 20 percent. China's increasing number of university graduates, from 46 million in 2000 to 218 million in 2021, is a good proxy for the quantity of skilled workers.

However, China is facing increasingly sated appetite for infrastructure and a shrinking labor force. Extensive public investments in recent years have achieved concrete results, including modern road being extended from fewer than 15,000 kilometers (km) in 1980 to more than 700,000 km today, in addition to a huge number of high-speed trains, airports and power grids. The latest national census revealed a decline of working-age population and an end to the country's long boom in internal labor migration.

That leaves TFP paramount on which the potential of China's future economic hinges.

In April 2020, the Central Committee of the Communist Party of China and the State Council released a 32-point vision for boosting productivity, with a specific focus on areas such as land, labor, capital, technology and data. The 14th Five-Year Plan (2021-2025) for National Economic and Social Development finalized in March, 2021, aims to get labor productivity to grow quicker than GDP.

The state's moves are shaping the landscape with a series of catch-up reforms for better protection of intellectual property, scientific research, industrial modernization, and further urbanization. 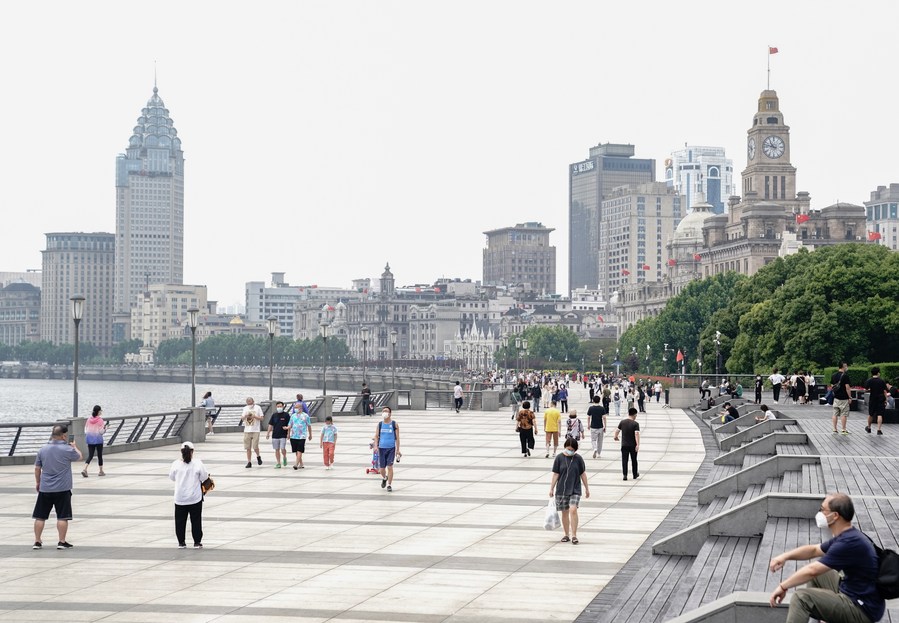 First, China doubles down on self-sufficiency.

Over the years, China's determination to plug itself into global trading system by expanding its role as the world factory and opening up new import markets has turned out to be too much dependence on external market, especially America, Europe and Japan.

Rising geopolitical risks and growing American enmity against China have exposed risks to China that the U.S.-led West might use their economic power to sap demand for Chinese exports and inhibit China's technological advances, through trade war, export controls, sanctions, decoupling or friend-shoring.

To ward off such perils and fortify the Chinese economy, a security-oriented economic strategy called "dual circulation," with internal circulation as the main body, has been initiated. It is a full­bore pursuit of self­reliance in making almost everything, from grains to energy and raw materials, to processes involved in production and distribution. The Belt and Road Initiative also helps China find new economic friends.

According to the World Intellectual Property Organization, China rises to the 12th place in the Global Innovation Index (GII) 2021, ranking first in the world in terms of patents by origin, trademarks by origin, industrial designs by origin and creative goods exports. As the only middle-income economy in the GII Top 15, China has gradually established itself as a global innovation leader.

According to research published by Goldman Sachs in 2020, China's self-sufficiency in some high-tech products or strategic industries has broadly improved, meaning that China needs fewer products from abroad.

The industrial policy of the "Made in China 2025" helps China's industry leapfrog from labor-intensive to technology-intensive and enables China to become the world leader in mobile payments, robots automation and the like. Under the scheme, the government is helping companies get digital technologies and rapid automation deeply embedded into their operations and achieve world­-beating breakthroughs.

More prominently, China turns to industrial robots to automate and consolidate its manufacturing dominance when labor shrinks and wages rise. According to new data from the International Federation of Robotics, China installed nearly twice as many new industrial robots as did factories throughout the Americas and Europe, and almost as many robots in its factories as the rest of the world in 2021, reinforcing its status as the No.1 market for robot manufacturers worldwide. With more robots, China's factories keep costs down, while focusing more on higher-end manufacturing tasks, discouraging Western companies from shifting production out of China.

In spite of helping prop up Chinese economy from crises, such as the 2008 global financial crisis and the COVID-19 outbreaks, China's massive government stimulus programs have been said to have supported state sector and further worsened productivity growth.

To stir up productivity, China has conducted state-sector reforms to improve efficiency. To lay out a level playing field for all corporate entities inclusive of state-owned, private and foreign-funded ones, actions have been taken, such as phasing out implicit government financing guarantees for state-owned ones.