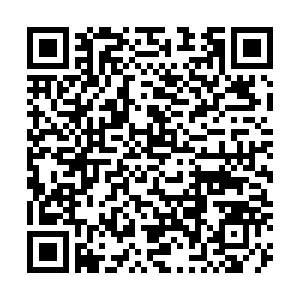 China's top judicial and public security authorities on Wednesday issued a revised regulation to protect the legitimate rights and interests of criminal suspects.

The revised regulation focuses on issues such as the right to bail for criminal suspects in pending trials and the procedure and rules for getting the bail money back.

"According to the requirements of presumption of innocence, the pretrial detention of suspects and defendants who have not been convicted by the people's courts should be an exception. Thus, in order to ensure the smooth progress of criminal proceedings, the non-custodial coercive measure of bail has become the best choice to give consideration to crime pursuing and human rights protection," said Zheng Xi, Professor of law at Law School in Beijing Foreign Studies University.

The revised regulation stipulated that criminal suspects who commit minor crimes and won't bring social risks should be subject to bail in accordance with the law.

"The new regulation not only responded to the current situation that minor offense takes up at least 90 percent of crimes in China, but also stressed the non-custodial principle applied in criminal coercive measures," said Zhang Hongmin, a lawyer at Allwell Law Firm in Beijing.

Given there is an inappropriate use of "serious illness" and "unable to take care of themselves", which are often used by criminal suspects to apply for bail provided by the Criminal Procedure Law, the revised regulation specified that relevant authorities should issue the bail in accordance with the criteria published by authorities including the Supreme People's Court.

The revised regulation also stipulated the criminal suspects who left their registered residence might be subject to bail in their temporary residence and simplified the examination and approval procedure for the suspects' application for temporary leaving their residence.

Besides, taking into consideration some criminal suspects could not get the refunded bail money due to various reasons after the release of the pending trial, the revised regulation required the public security authorities to notify the bank to transfer the bail money directly to the criminal suspects' accounts as soon as the suspects issued written applications.

"These provisions provided clear guidance for the case handling organs to apply for bail in specific cases in practice," Zheng said.

While protecting the right to bail for criminal suspects pending trial, the revised regulation also strengthened the supervision and management of those criminals.

For example, the revised regulation also specified where, who and what activities those criminal suspects should not go, meet or do, which not only help case handing organs to proceed but also let the suspects know where they can go and what they can do.

Acknowledging the revised regulation was of great significance for promoting the legal operation of bail and implementing the current criminal judicial policy of "Less Arrest, More Careful Prosecution and Detention," Zheng said, "it should be noted that the relevant provisions on bail were still conservative with defect and imperfect parts."

"With the development of social awareness of human rights protection, further increasing the rate of application of bail and reducing the proportion and number of pre-trial detention are still the goals in the future," Zheng said.