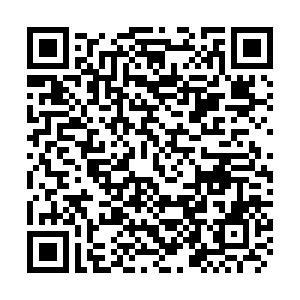 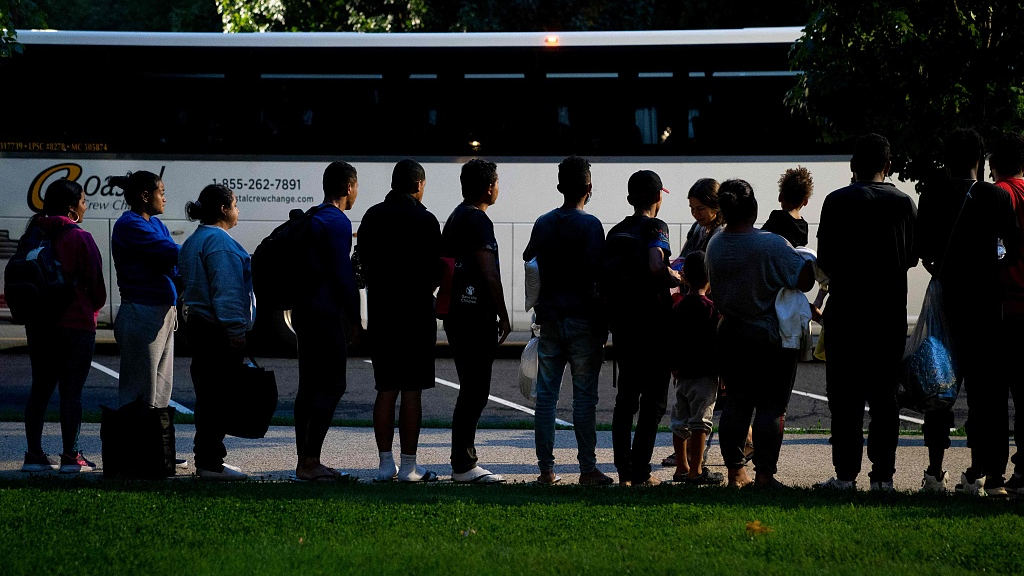 Migrants, who boarded a bus in Texas, listen to volunteers offering assistance after being dropped off within view of the U.S. Capitol building in Washington, D.C., the U.S., August 11, 2022. /CFP

Migrants, who boarded a bus in Texas, listen to volunteers offering assistance after being dropped off within view of the U.S. Capitol building in Washington, D.C., the U.S., August 11, 2022. /CFP

Editor's note: Bradley Blankenship is a Prague-based American journalist, political analyst and freelance reporter. The article reflects the author's views and not necessarily those of CGTN.

America's immigration issue, which has been a significant topic of political debate for decades, is reaching a new level. Republican state administrations in border states like Texas have, in recent months, begun shipping migrants to so-called sanctuary cities like Chicago, New York City and even Washington, D.C.

The idea, these Republican governors say, is that if these locals are willing to take in migrants then they should do so. Instead of smaller border towns bearing the brunt of overcrowding from migrants, liberal officials and citizens should help them out. Months ago, I was in the United States and had heard about this but didn't believe it was real because it sounded so ridiculous.

But this is actually happening. In recent news, Florida Governor Ron DeSantis sent a group of migrants – who had no idea where they were going, did not have any basic supplies and were not accommodated in any way – to the island of Martha's Vineyard in Massachusetts. Texas Governor Greg Abbott sent two busloads of migrants to Vice President Kamala Harris' personal residence in Washington.

Again, these governors and Republicans across the country are arguing that it highlights the issue of immigration. Instead of being confined to the border and largely out of sight for the majority of Americans, this gives people a chance to see the troubles of migration upfront. That, they argue, may help prompt some legislation to ameliorate the situation.

But this is a clear and undeniable violation of human rights. Not only is it morally reprehensible because it endangers the lives of human beings and disrupts their immigration procedures, ensuring they sustain legal problems as they are attempting to flee destitution in their home country, but it is probably also a crime, namely human trafficking. Republican officials are literally trafficking migrants and putting them in danger for a cynical political statement. 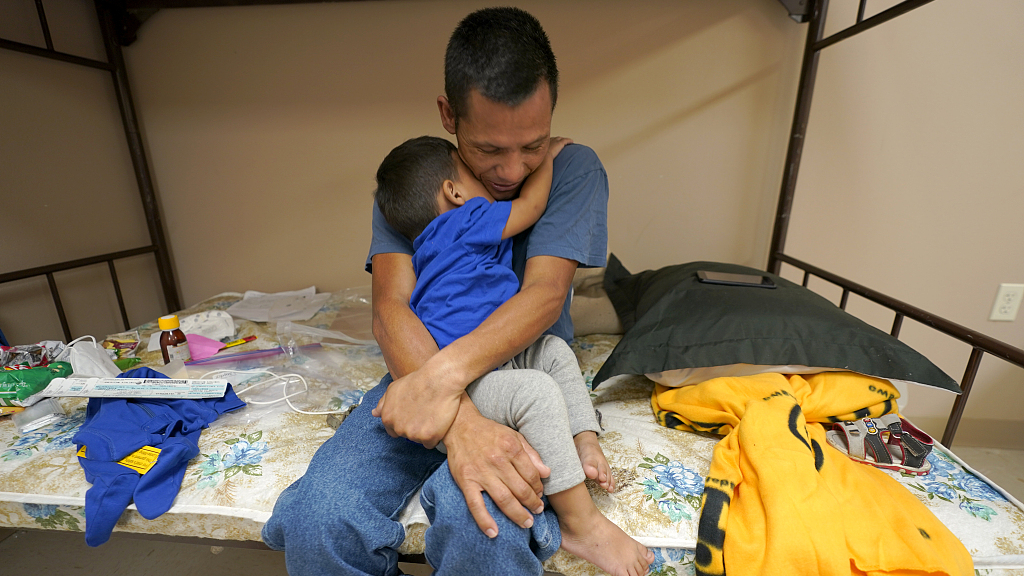 To be sure, neither side of this argument is correct – that is, Republicans and Democrats. The former, as evidenced by these recent stunts, do not care about migrants at all and the latter, when they speak in favor of immigrants, are talking about people like Elon Musk or Sergey Brin. Democrats know American innovation necessarily depends on foreigners – but when it comes to ordinary migrants, as Vice President Kamala Harris told Guatemalans in June of last year, "Do not come to the U.S."

At the same time, the U.S. economy is heavily dependent on undocumented workers in sectors like agriculture who are heavily exploited without federal protections. They are paid far less than the legal minimum wage, threatened with deportation and are often physically and sexually abused, according to numerous reports in the American media. Without these workers, who work in terrible conditions, large multinational corporations – not coincidentally some of the most significant political donors in Washington – would be scrambling for cheap labor.

And while the U.S. essentially benefits from this exploitation on the back end, it's the U.S. itself, in the guise of Washington's foreign policy, that is mostly to blame for creating the conditions in Latin American countries for people to flee their homes in the first place. The fingerprints of American imperialism are especially pronounced in the Northern Triangle, e.g. El Salvador, Guatemala and Honduras, where most migrants are coming from today.

To name some examples, the 1954 Guatemalan coup that overthrew that country's democracy, the protracted and bloody Salvadoran Civil War and, most recently, the 2009 Honduran Coup, all were orchestrated or meddled in by Washington. These actions have left the region destabilized, entrenched inequality and institutionalized the corruption that, ironically, the current U.S. administration blames for these countries' woes.

To acknowledge the message from Republicans, the United States does indeed need to do something about the migration issue. But what it needs to do is so more complex and convoluted than just building a wall and kicking every undocumented person out of the country.

It fundamentally needs to restructure the entire basis of its relationships with every single country in the Western Hemisphere going back to the horribly outdated Monroe Doctrine, end U.S. military adventurism in Latin America and crack down on its own companies that, domestically, exploit undocumented workers and bankroll political destabilization efforts abroad.

If Republican governors actually care about solving immigration policy, they would march themselves to the Pentagon in protest at U.S. policy instead of trafficking vulnerable migrants.