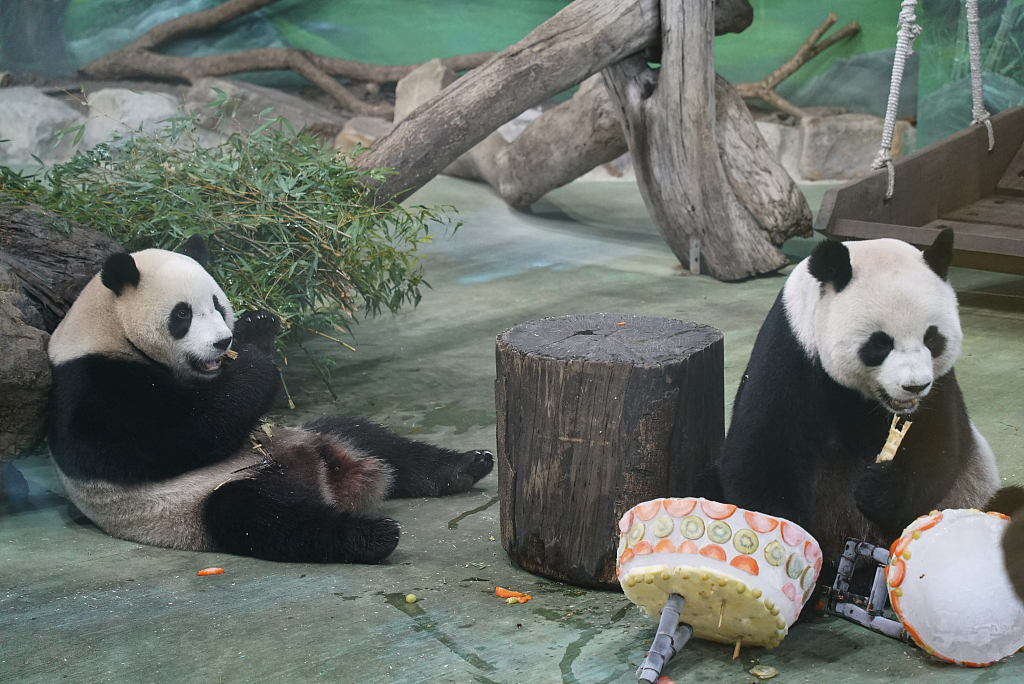 The 18-year-old giant panda Tuan Tuan, one of the pair sent by the Chinese mainland in 2008, is having brain lesions in Taipei Zoo in China's Taiwan region, announced by Taipei Zoo on Friday.

In late August, the zoo staff observed that Tuan Tuan behaved abnormally with a bad appetite and white foam around its mouth. Surveillance cameras showed it was having suspected symptoms of seizure around 7 a.m. on August 23. On September 18, Tuan Tuan was arranged to have a physical examination as well as an MRI at the National Taiwan University Hospital. Results show that local liquefactive necrosis, a type of necrosis that results in a transformation of the tissue into liquid, is seen in both hemispheres, and Tuan Tuan has been given anti-seizure medications since then.

Tuan Tuan just had its 18-year-old, about 50 to 60 years old in human terms, birthday celebration on August 30 in Taipei Zoo.