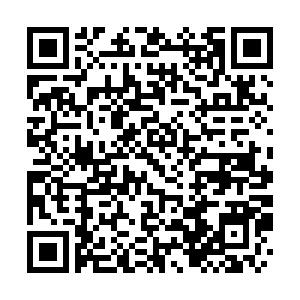 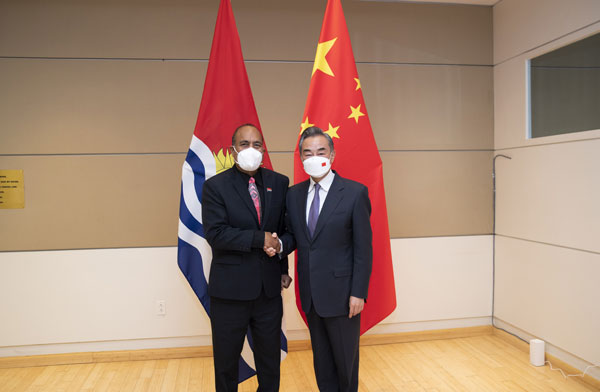 The Chinese side is satisfied with the status quo of the China-Kiribati relations and is full of confidence in the development prospects, Wang said.

China supports Kiribati in safeguarding its national sovereignty, independence and national dignity, and pursuing an independent development path that suits its national conditions and wins extensive support of the people, to achieve national stability and sustainable development, Wang added.

Maamau asked Wang to convey his sincere greetings and best wishes to President Xi and the Chinese people and expressed his gratitude to China for its help and valuable support to Kiribati.

The resumption of Kiribati-China diplomatic relations showcases that China and Kiribati stand on the right side of history and bring new hope to Kiribati, said Maamau.

Since the resumption of diplomatic relations, the relationship between the two countries, without being affected by the pandemic, has achieved stable and healthy development, the president added.

Cooperation in various fields such as marine, tourism, education, and health is progressing smoothly, he noted.

Kiribati highly appreciates China's demonstration of its responsibility as a major country and its commitment to promoting world peace, openness and common prosperity, Maamau said.

Kiribati looks forward to strengthening the synergy of the "Kiribati 20-year Vision (KV20) development blueprint" and the Belt and Road Initiative (BRI), consolidating the momentum of sound and steady growth of bilateral ties and pushing practical cooperation to a higher level, the president noted.

China firmly adheres to the principle that all countries, big or small, are equal and will always be a good friend and partner of Kiribati, Wang said, adding that China will continue to provide assistance within its capacity according to the needs of Kiribati, help Kiribati accelerate its development and revitalization, and create a model of friendly coexistence between big and small countries.

The two sides agreed to make good use of the platform of China-Pacific Island Countries to expand cooperation in response to climate change and human resources services.