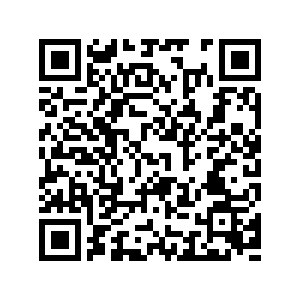 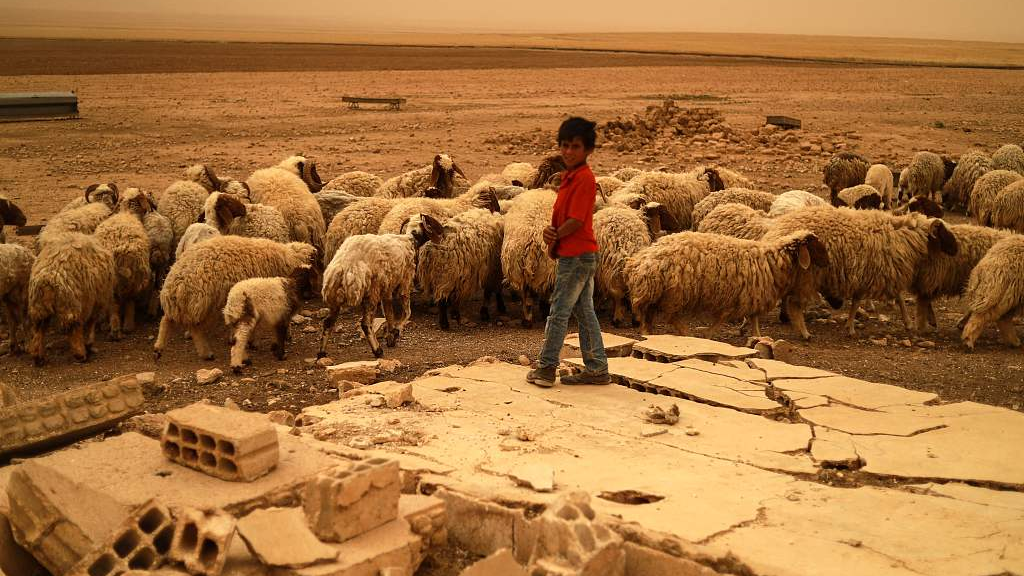 A boy stands near sheep during a sandstorm in the countryside of Tabqa, Syria, June 2, 2022. /CFP

A boy stands near sheep during a sandstorm in the countryside of Tabqa, Syria, June 2, 2022. /CFP

Editor's note: Mark Cliffe is a visiting professor at the London Institute of Banking and Finance, and former chief economist of the ING Group. The article reflects the author's opinions and not necessarily the views of CGTN.

Scientists have longed warned that climate change will adversely affect weather patterns and living conditions around the world. These warnings are now turning into a painful reality. Worse, the range of possible outcomes has proven to be increasingly "fat-tailed": extreme weather events such as heatwaves, severe storms, and floods are more likely than normal statistical distributions would predict.

None of this bodes well for future political stability or economic prosperity. Our best hope is that the sharp sting in these tails will goad us into the necessary remedial action before things get even worse. But will it?

The public is increasingly aware that global warming is leading to more volatile weather. There have been record-setting heatwaves around the world this year, not just in India – where temperatures reached 49.2 degrees Celsius (120.5 degree Fahrenheit) – but also in places like the United Kingdom (40.2 degrees Celsius). France and China are experiencing their worst droughts on record, and four consecutive years of failed rainy seasons in eastern Africa have put more than 50 million people at risk of "acute food insecurity," according to a new study backed by the World Food Program and Food and Agriculture Organization. Meanwhile, devastating storms and floods have hit Madagascar, Australia, the United States, Germany, Bangladesh, and South Africa. 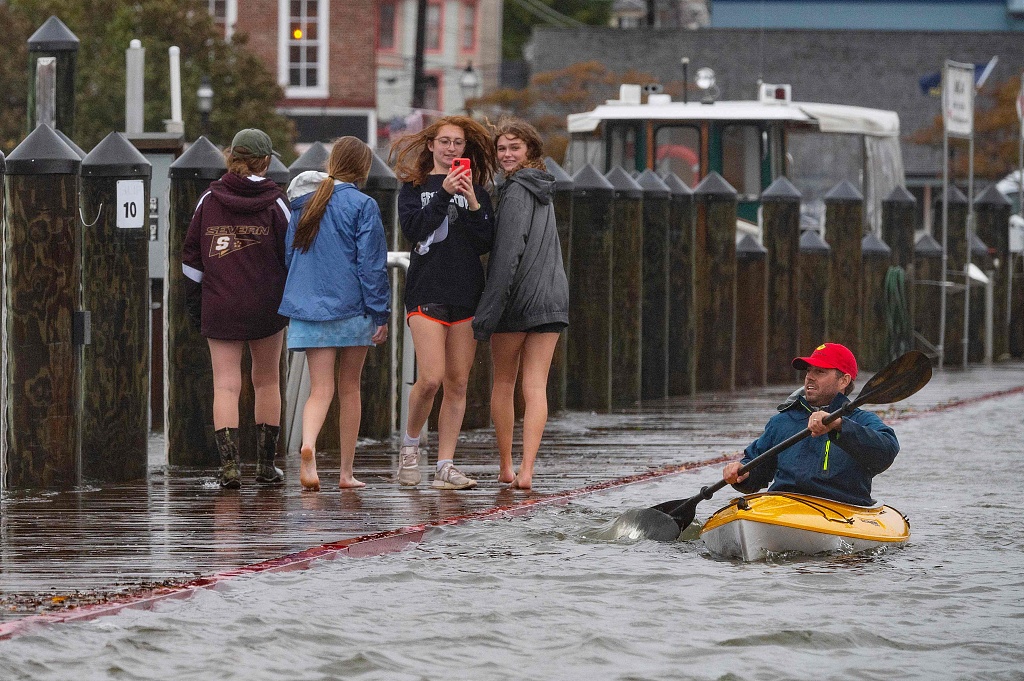 A group of people walk on the sea wall as a man kayaks through the flooded parking lot in downtown Annapolis, Maryland, U.S., October 29, 2021. /CFP

A group of people walk on the sea wall as a man kayaks through the flooded parking lot in downtown Annapolis, Maryland, U.S., October 29, 2021. /CFP

These events are causing hundreds of thousands of deaths and enormous economic and financial damage each year, making weather volatility an increasingly important factor in risk assessment. Whereas temperature increases of 0.5 degrees Celsius here or there are barely perceptible, droughts, floods, and other short-term weather fluctuations can wreak deadly havoc.

Moreover, extreme weather events can cause changes that last far beyond the immediate shock and damage, especially when they accelerate developments that might otherwise have taken many years. Scientists are increasingly worried about "tipping points" – such as the melting of polar ice sheets – that would carry us across thresholds of irreversible change. That could create damaging feedback loops between interconnected climate risks, all of which would spill over into the real economy, driving defaults, job losses that disproportionately harm disadvantaged communities, and political turmoil.

Aside from the damage to the physical environment, extreme weather may therefore trigger abrupt and sometimes permanent shifts in social attitudes and public policy. When people start losing their homes, livelihoods, or even their lives, politicians must respond.

Surprisingly, while we are all acutely conscious of extreme weather, forecasters still widely overlook its role in accelerating structural changes. Mainstream climate scientists and economists tend to focus on the longer-term effects of climate change brought about by global warming, with an emphasis on scenarios involving global average temperature increases in the range of only 1.5 to 2 degrees Celsius – the targets enshrined in the Paris climate agreement. And even in higher-temperature scenarios, it is assumed that the effects – on sea levels and agricultural output, for example – will accumulate only gradually, implying that the ultimate reckoning is several decades away.

But a recent paper – "Climate Endgame: Exploring Catastrophic Climate Change Scenarios" – shows that this conventional scenario analysis gravely understates the long-term risks, because it fails to give the more extreme climate outcomes (the fat tails) the attention they deserve. As the statistician Nassim Taleb has pointed out in the context of financial markets, conventional models struggle to handle the consequences of fat-tail events, creating a dangerous blind spot in their outlook.

Higher temperature pathways would unleash what the authors call the "four horsemen" of the climate endgame: famine and malnutrition, extreme weather, conflict, and vector-borne diseases. It does not take much imagination to see how this herd of apocalyptic harbingers might create social and political chaos, especially when they are all galloping together – as is already the case today with the global food crisis, a new war in Europe, and the ongoing pandemic. Worse, the mention of the second horseman suggests that the more immediate risks of climate change are still being underplayed. After all, extreme weather is also a driver of the other three horsemen, making it arguably the most important.

Weather shocks cause suffering that grabs society's attention far more than abstract (though no less warranted) warnings of long-term doom. Polls show that support for climate action is greater for those who have personally experienced extreme weather. Although the current upsurge in inflation means that people are less enthusiastic about measures that would hurt their own finances, the growing incidence of disasters is shrinking the minority that remains skeptical of climate change or climate policies altogether.

In this way, the fat tails of the weather – rather than the fat tails of long-term climate change – are far more likely to prompt action within the shorter time horizons that preoccupy politicians and business. Let us hope that as the stings from these tails become ever more common and painful, they will spur us to sustain the policies necessary to keep the climate horses in their stable.