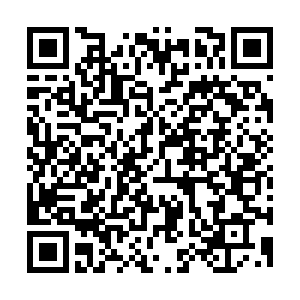 The state funeral for former Japanese Prime Minister Shinzo Abe was held in Tokyo on Tuesday.

The ceremony started at 2:00 p.m. (0500 GMT), with Abe's ashes carried into the Nippon Budokan Hall in central Tokyo by his widow, Akie Abe.

Thousands of mourners came to designated spots near the venue from early morning to pay their last respects. But opposition to honoring Abe with a state funeral has persisted, fed by an $11.5-million price tag to be borne by the state at a time of economic pain for ordinary citizens.

In one part of downtown Tokyo, protesters waved signs and chanted "No state funeral."

Abe was shot dead last July by a man with a homemade gun while delivering a campaign speech in the western city of Nara for a ruling Liberal Democratic Party candidate in upper house elections.

A moment of silence was followed by a retrospective of Abe's political life and speeches by leading ruling party figures, including current prime minister Fumio Kishida, and Yoshihide Suga, Abe's successor and Kishida's predecessor.

More than 700 foreign guests attended the funeral, according to Japan's Kyodo News. At the invitation of Japan, Wan Gang, vice chairman of the National Committee of the Chinese People's Political Consultative Conference, was sent to attend Abe's funeral.