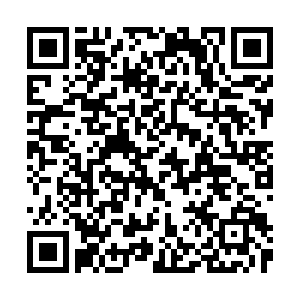 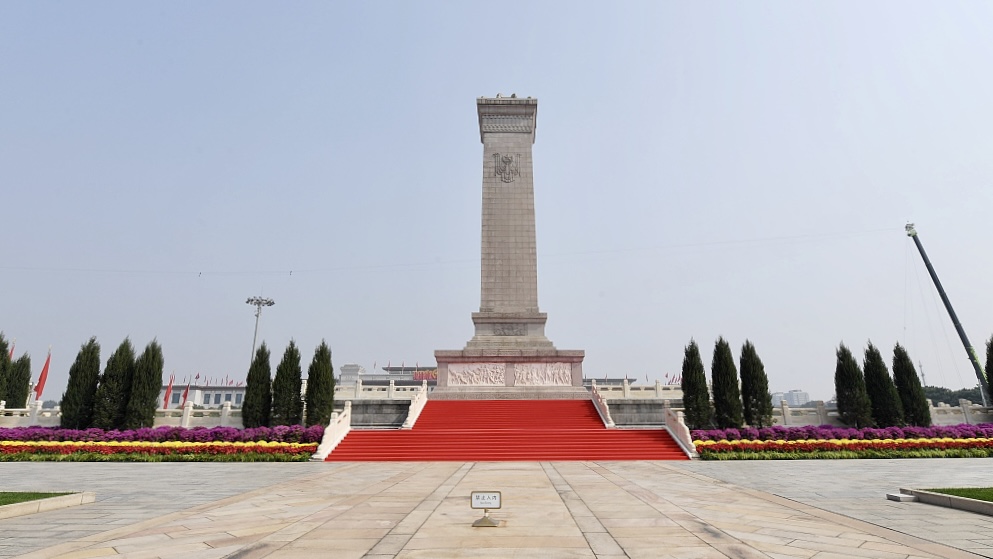 Chinese President Xi Jinping and other leaders of the Communist Party of China (CPC) and the state attended a ceremony at Tian'anmen Square in Beijing on Friday morning to present flower baskets to fallen national heroes.

The event was held to commemorate Martyrs' Day, which falls on September 30, a day ahead of China's National Day.

At 10 a.m., all participants sang the national anthem, and thereafter paid a silent tribute to those who devoted their lives to the liberation of the Chinese people and the building of the People's Republic of China, which was founded on October 1, 1949.

Nine huge flower baskets – presented in the name of the CPC Central Committee, the Standing Committee of the National People's Congress, the State Council and other organizations and groups – stood before the crowd.

They were joined later by representatives from various sectors of society, including veterans, retired officials and relatives of the fallen heroes. 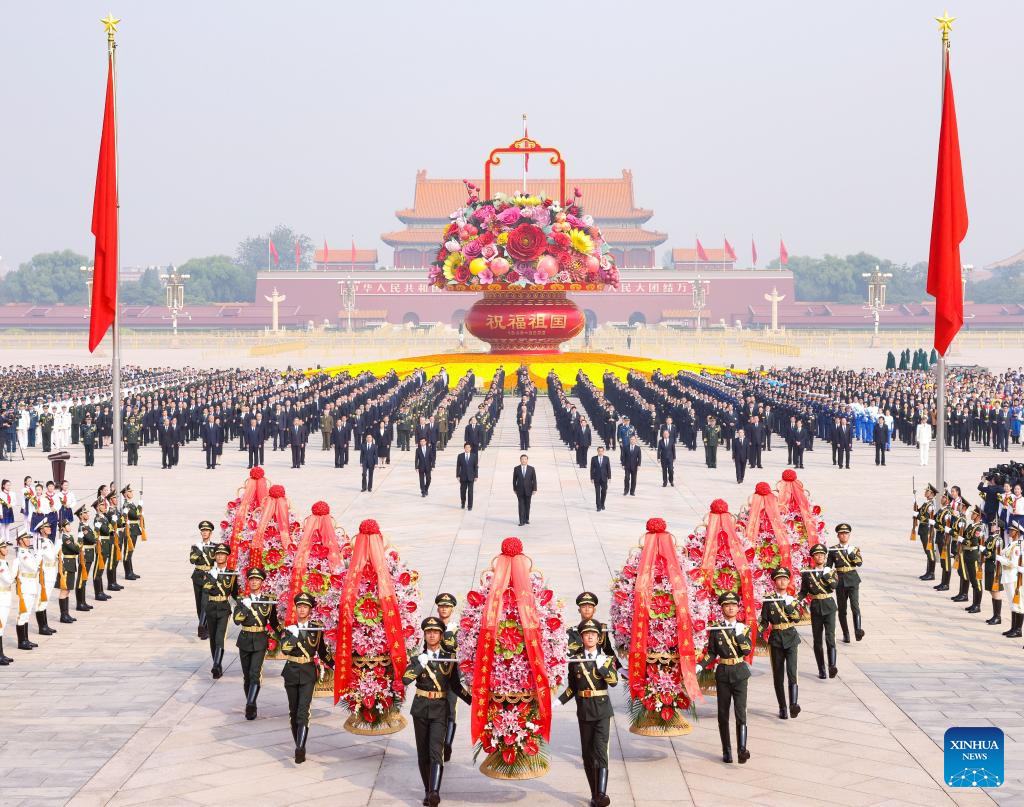 Xi Jinping and other leaders of the Communist Party of China and the state attend the ceremony to present flower baskets to fallen national heroes at Tian'anmen Square in Beijing, China, September 30, 2022. /Xinhua

Xi Jinping and other leaders of the Communist Party of China and the state attend the ceremony to present flower baskets to fallen national heroes at Tian'anmen Square in Beijing, China, September 30, 2022. /Xinhua

The deceased will always be remembered

"The heroes of the people shall live forever in our memory," the ribbons on flower baskets read.

China has a long tradition of commemorating and honoring martyrs and other heroes who contributed greatly to the nation's development. Incomplete statistics suggest China has about 20 million martyrs. However, as many of them did not leave their names in warring days, only about two million martyrs have been enlisted in the government's directory.

The country has almost a million burial sites dedicated to martyrs, and there are also more than 170 memorials overseas. Over 100 million people visit martyrs' graves every year, and films, TV series, and books about martyrs' achievements are popular.

In 2014, the National People's Congress, China's top legislature, approved September 30 as Martyrs' Day to commemorate those who sacrificed their lives in the pursuit of national independence and prosperity as well as the welfare of the people in modern times.

It is also one of China's three annual national memorial days, the others being Victory Day of the Chinese People's War of Resistance Against Japanese Aggression on September 3 and National Memorial Day for Nanjing Massacre Victims on December 13.

In April 2018, a new law protecting the reputation and honor of heroes and martyrs and providing better care for their family members was passed. The law bans behaviors that defame heroes and martyrs, and outlaws acts that glorify invasions, with offenders facing administrative or criminal punishment according to the severity of the actions.