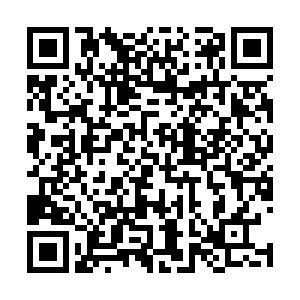 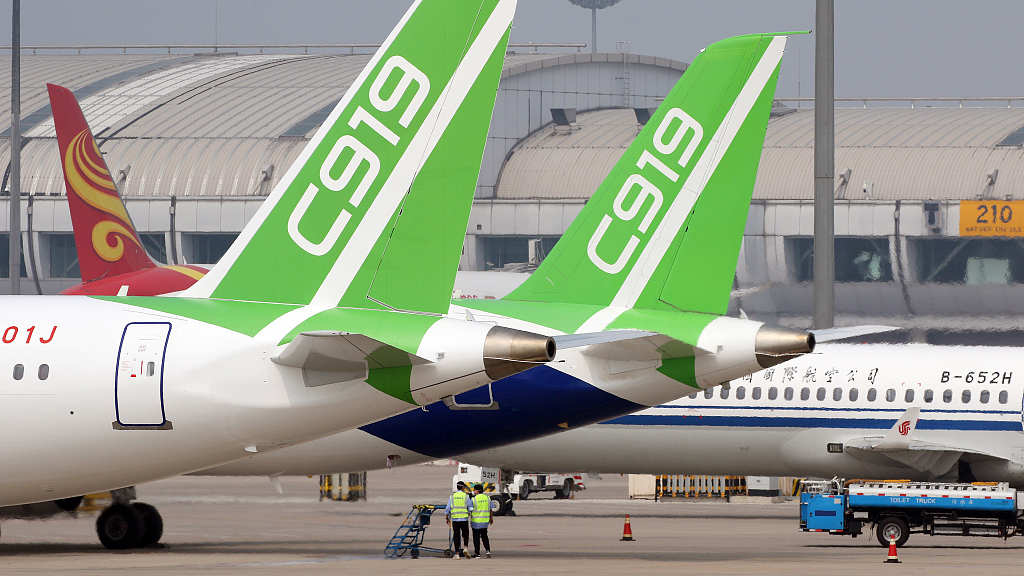 On a field outside the Shanghai Aircraft Manufacturing Center of Commercial Aircraft Corporation of China (COMAC) are two airplanes – a Y-10 jet and an MD-82 jet. They've been parked there for over 30 years, and although they can't fly anymore, the duo still holds great significance to China's aviation sector as they have laid the foundation for and witnessed the development of the C919.

The C919 is China's first homegrown large passenger plane. It's a milestone in the country's pursuit of civil planes designed and manufactured locally.

The model, which is trying to compete with medium-range passenger planes, such as Airbus A320 and Boeing 737 MAX, was granted a certificate of airworthiness by the Civil Aviation Administration of China on Thursday.

Developing a large passenger aircraft is a long process. The birth of the C919 has experienced ups and downs throughout five decades of efforts.

China's self-developed jet airliner Y-10, with a narrow body and four engines, took its maiden flight on September 26, 1980. After that, it conducted many experimental flights nationwide. However, progress halted in 1982 as China's manufacturing capacity at the time was not sufficient to carry on with such a large project.

In 1995, the two sides began working on assembling the MD-90. However, McDonnell Douglas underwent a merger in December 1996 and cooperation with the Chinese side stopped.

China then cooperated with other countries to carry on developing civil aircraft, such as developing the AE-100 with France and Italy, but those projects did not end well.

"We came to a conclusion that the core technology of large aircraft can't be bought with money, nor be exchanged with the market," Zhang Yanzhong, an advisor to the C919 program and also a member of the Chinese Academy of Engineering, told CMG.

With the release of the National Outline for Medium-and-Long Term Scientific and Technological Development by the Chinese government in 2006, the development of homegrown large aircraft came into public sight for the first time and has since picked up speed.

Some were not confident in the early stage, given the R&D and manufacturing of large aircraft are very complicated involving technologies in new materials, electronic information, machinery manufacturing, automation, and high-end equipment.

With previous experiences, China decided to develop a regional jet, which would serve as an ice breaker for later moves, such as applying for a certificate of airworthiness. The ARJ21, a 78–90 seat regional jet manufactured by COMAC, came into being.

The first ARJ21 rolled off the assembly line on December 21, 2007. In the following six years, the ARJ21 completed over 5,000 hours of flight and 300 experimental tasks, becoming the jet that took the longest flight test in the world at the time.

"Based on the experience of the previous 50 years, shutting oneself up in a room making an aircraft was hard to get a certificate of airworthiness, but international cooperation can be limited by others," Zhang said.

Under the model, the overall design and integration are usually the responsibility of the main manufacturer, while the system is subcontracted to the supplier.

The model, which has become the rule for developing civil aircraft internationally, makes effective use of resources, reduces costs, and shortens the delivery process, according to a thesis co-authored by Zhang Jiejing from COMAC.

The C919 narrow-body jet is China's first trunk jetliner developed in accordance with international standards of airworthiness and with independent intellectual property rights.

The C919 project has involved over 300,000 people from over 1,000 enterprises from over 20 provinces and cities of China, Wu Guanghui, the chief designer of the C919 and a member of the Chinese Academy of Engineering, told CMG.