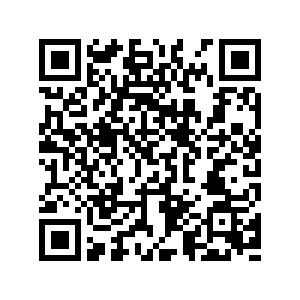 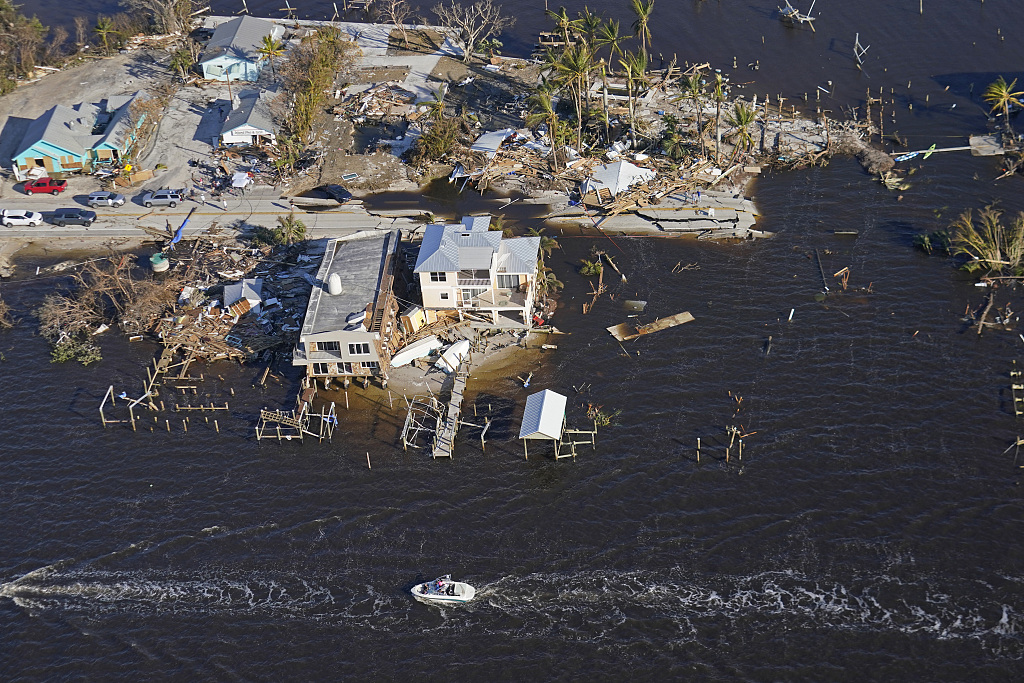 The death toll from Hurricane Ian increased past 80 on Sunday as embattled residents in Florida and the Carolinas faced a recovery expected to cost tens of billions of U.S. dollars. Some officials faced criticism over their response to the storm.

The death toll was expected to keep rising as floodwaters receded and search teams pushed farther into areas initially cut off from the outside world. Hundreds of people have been rescued as emergency workers sifted through homes and buildings inundated with water or completely washed away.

At least 85 storm-related deaths have been confirmed since Ian crashed ashore Florida's Gulf Coast with catastrophic force on Wednesday as a Category 4 hurricane with maximum sustained winds of 240 kilometers per hour.

Florida accounted for all but four of the fatalities, with 42 tallied by the sheriff's office in coastal Lee County, which bore the brunt of the storm when it made landfall, and 39 other deaths reported by officials in four neighboring counties.

Officials in Lee County, including Fort Myers and Cape Coral on the Gulf Coast, have faced questions over whether they mandated evacuations in time.

Cecil Pendergrass, chairman of the county's board of commissioners, said on Sunday that once the county was forecast to be in the cone, or the probable track of the hurricane's center, evacuation orders were given.

Even then, some people chose to ride the storm out, Pendergrass added. 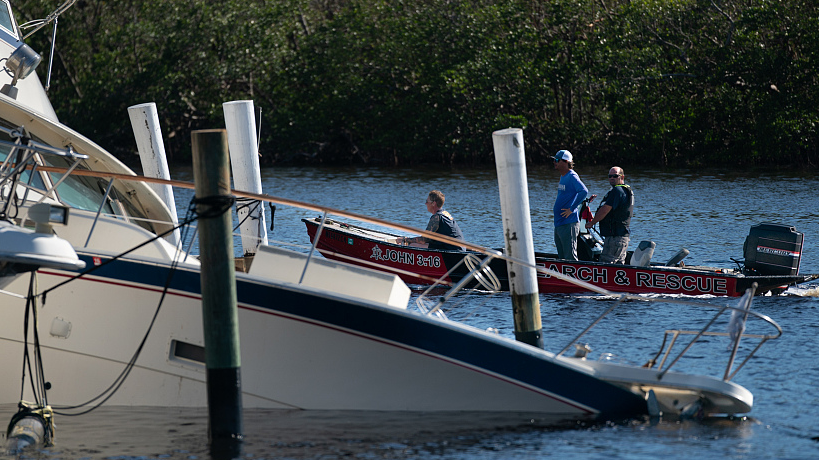 As the full scope of devastation became clearer, officials said some of the heaviest damage was inflicted by wind-driven ocean surf that raged into seaside communities and washed buildings away.

After waning to a tropical storm by the end of its march across Florida to the Atlantic, Ian regained hurricane strength and pummeled coastal South Carolina on Friday, sweeping ashore near Georgetown, north of the historic port city of Charleston.

Numerous roads were flooded and blocked by fallen trees while a number of piers were damaged in that area.

More than 700,000 businesses and homes remained without power on Sunday afternoon in Florida alone, where more than 2 million customers lost electricity on the first night of the storm.

President Joe Biden and first lady Jill Biden will see the devastation in Florida firsthand on Wednesday, the White House said in a statement on Saturday. The Bidens will visit Puerto Rico on Monday, where hundreds of thousands of people were still without power two weeks after Hurricane Fiona hit the island.