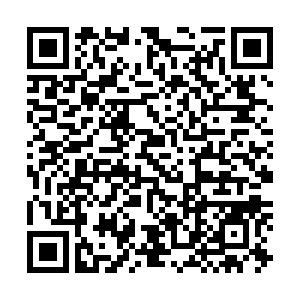 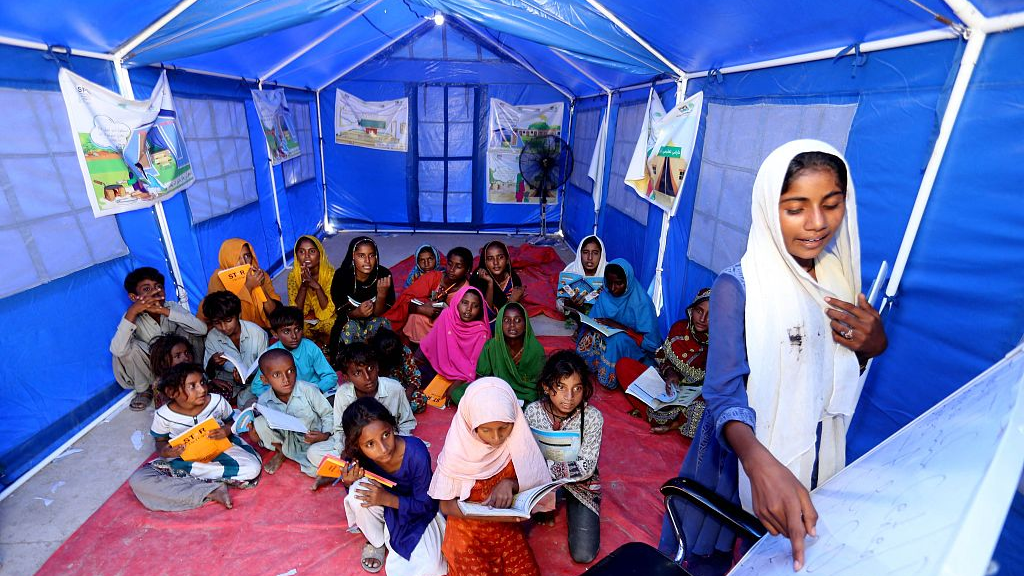 Bukhari appreciated China's support for Pakistan in the fight against the ongoing disaster and humanitarian assistance in relief work which is facilitating the country in providing basic education and health services to the affected people.

"China's tents are playing a good role in our society because still sometimes there is rainfall over here and sunshine is also very intense," Bukhari added.

Noor Ahmed Khahro, Assistant Commissioner of Matli town, said that the China-donated tents are waterproof and heat resistant, and are designed in a way that cross ventilation easily takes place inside them. 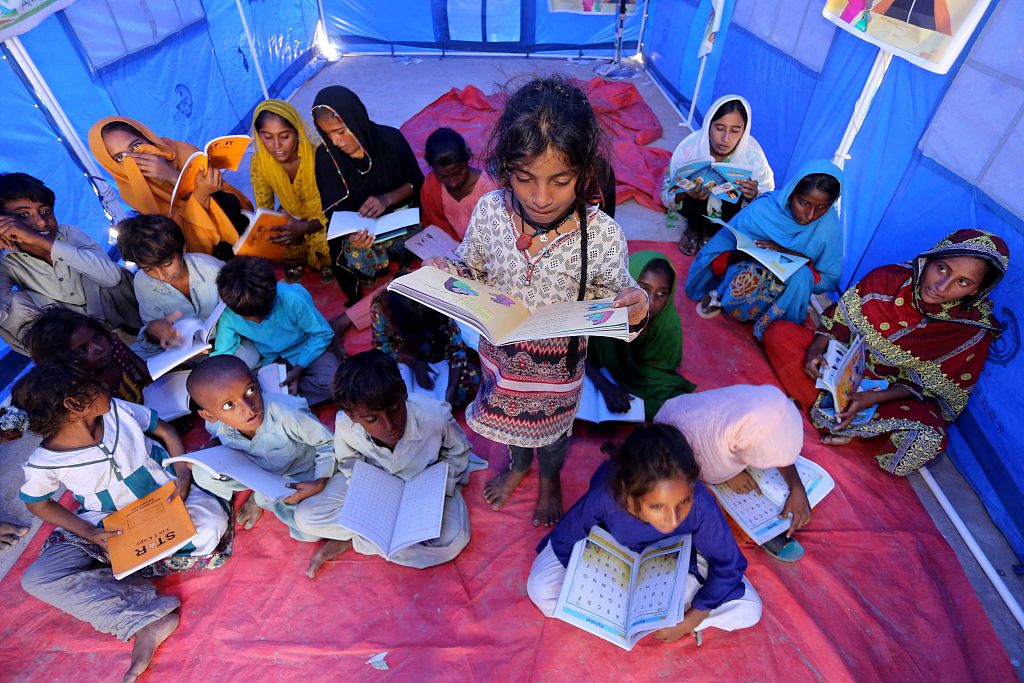 Sindh has been the worst-hit province of the country where at least 759 people died and 8,422 were injured due to the floods since mid-June and over 366,000 people are currently living in camps, according to the figures released by Pakistan's National Disaster Management Authority (NDMA).

Khahro said that Matli is one of the most low-lying areas in the Badin district so most of the schools in the area were also flooded and consequently damaged.

To save the academic year of these children, they have been provided with the education facility utilizing the spacious and well-ventilated Chinese tents and assigned a couple of teachers to the tent school, he added.

Mangan, a young teacher who lives in a nearby village, volunteered himself and asked officials to provide him with some facilities to teach the students of the tent camp for free.

The local authorities hired him for the tent school on a reasonable monthly salary.

"All these students here are poverty-stricken and are very good learners. They are good at reading, writing, and learning. Because of these spacious tents, we are going to teach these kids here," said Mangan.

Around 95 tents were installed in the area where 581 people are currently living, including 379 children.

One of the biggest challenges the flood-affected people, including the tent camp IDPs, are facing is the rapid spread of water-borne, vector-borne and viral diseases.

According to a health official, almost all IDPs are malnourished and presently suffering from dengue, skin infections, headache, body aches etc. As their overall health conditions are not good, even a mild fever can become a serious issue for them.

In the wake of the health crisis, a clinic has also been established in the Matli's tent camp using two China-donated tents. One of the tents is being used for patient examination while the other is a pharmacy where all medicines are provided free of charge to the IDPs.

Khahro said that these tents are very productive for providing health facilities since they have all the necessary features and protections, as they can be completely closed using attached zips, preventing mosquitoes from entering.

"These China-donated tents are the best quality tents, among all the tents I have seen up till yet being currently utilized for the relief work," he said.

Thanking China for its support, Khahro said that it was one of the few countries that came to help Pakistan soon after the floods hit the South Asian country.

"Chine extended their help in terms of goods, and as you can see this tent city has also been established with their cooperation and assistance," he said.

"I would like to express my gratitude to the people of China, to the government of China because China has always been Pakistan's long-lasting friend, has always helped Pakistan in terms of crisis, particularly whenever a disaster has struck Pakistan. I also wish and hope that this cooperation between the two counties will continue in the future," Khahro said.