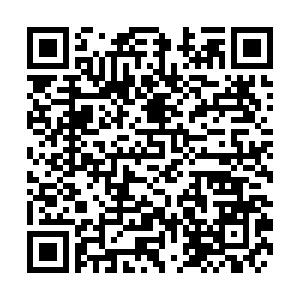 After the discontinuation of the state subsidy as a fuel discount, fuel prices rise massively overnight, as at this gas station in Worms City in the state of Rhineland-Palatinate, Germany, September 1, 2022. /CFP

After the discontinuation of the state subsidy as a fuel discount, fuel prices rise massively overnight, as at this gas station in Worms City in the state of Rhineland-Palatinate, Germany, September 1, 2022. /CFP

Germany's Minister for Economic Affairs and Climate Action Robert Habeck on Wednesday criticized the "astronomical" gas prices charged by "friendly" supplier countries, such as the United States, suggesting they were profiting from the fallout of the Russia-Ukraine conflict.

"Some countries, even the friendly ones, are charging astronomical prices in some cases. Of course, this brings problems that we must talk about," Habeck told the German Neue Osnabruecker Zeitung (NOZ) newspaper.

The Russia-Ukraine conflict has caused a dramatic energy crisis in Germany, which previously relied on Moscow for 55 percent of gas deliveries. To address gas shortages, Berlin is investing in more expensive liquefied natural gas (LNG).

Germany and other European countries have thus turned to the United States, which now provides 45 percent of European LNG imports – up from 28 percent in 2021.

"The United States turned to us when oil prices soared, and the national oil reserves were tapped in Europe as well," Habeck said. "I think such solidarity would also be good for curbing gas prices."

Habeck said the European Union (EU) should do more to solve the region's energy crisis and called on the bloc to "bundle its market power and orchestrate smart and synchronized purchasing behavior."

The U.S. did not immediately respond to the comment.

"High gas prices are driving electricity prices. We have to limit this inflationary impact of gas on electricity – everywhere in Europe," she said on Wednesday in a speech in Strasbourg, France.

No gas has been flowing from Russia to Germany via the important Nord Stream 1 pipeline since September. Last week, major leaks were discovered after explosions were detected by Norway's earthquake service. Russia and the U.S. have accused each other of sabotage.

However, the plan has been criticized by France and key members of the European Commission, who are calling for EU-wide solutions to the energy crunch.