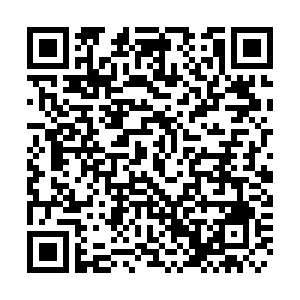 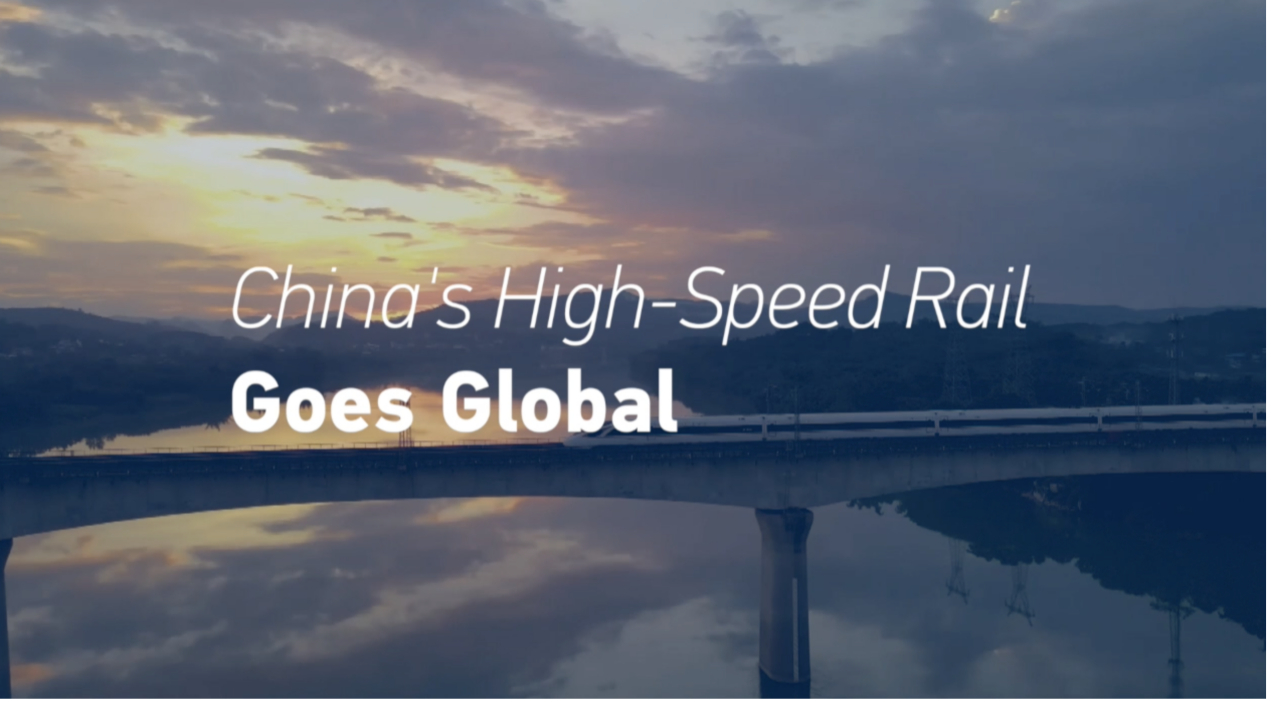 The size of 66 soccer fields and a daily passenger flow to reach over 100,000, a beast of a train station sits at the heart of China's Beijing-Tianjin-Hebei region – an important economic zone around the Chinese capital. The Xiong'an Railway Station is not just large in size but also smart inside.

The station has five floors with three levels above the ground serving as the waiting area and platforms, and two levels underground connecting to the metro system.

This is my first time visiting the station. 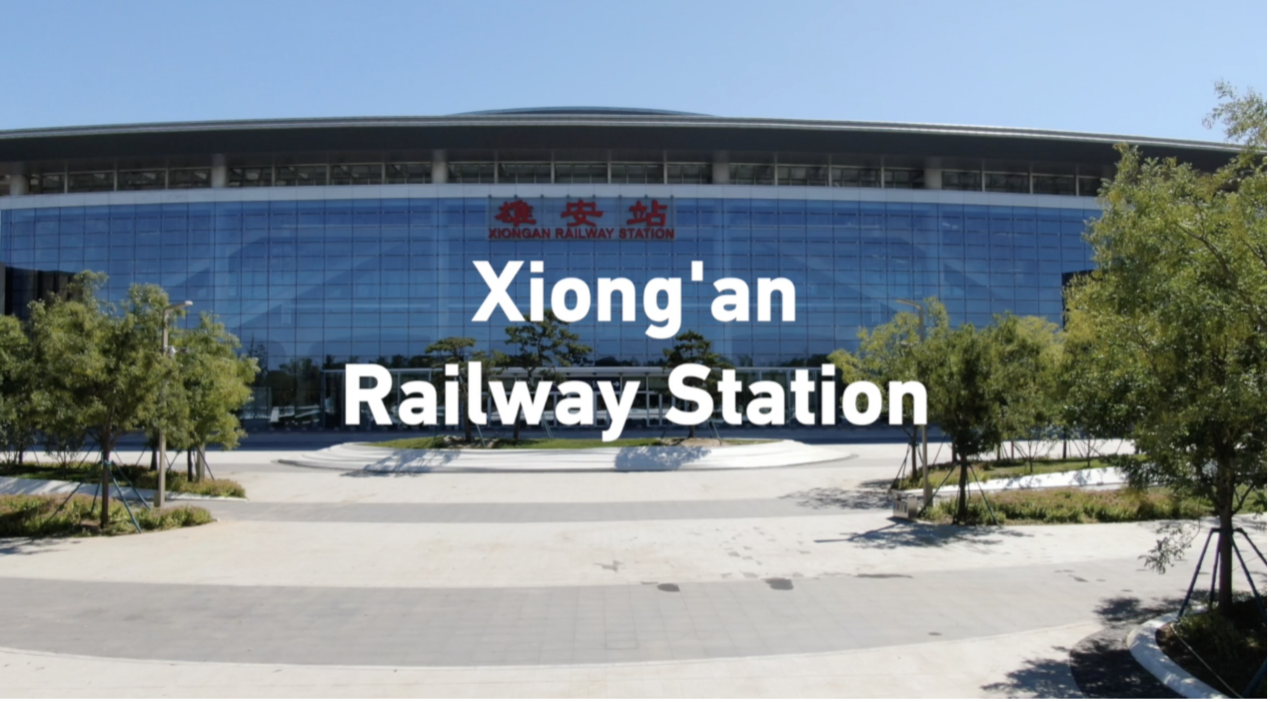 "While we provide a warm service for passengers, we also use a variety of intelligent service equipment. For example, the integrated air conditioner station in the waiting hall on the first floor. It is an intelligent device that combines air conditioning units, air purifiers, floor heating devices, and 5G signal amplifiers," said Liu Dongmei, the deputy station master who was kind enough to give me a tour of the Xiong'an Railway Station.

The top of each elevator beam glows in different colors to show passengers when to board the train. Green for boarding, red for boarding closed.

That also includes the underground tunnels and other supporting facilities.

The Xiong'an New Area is a state-level planned city 100 kilometers to the south of Beijing.

It is to be larger than New York city and to help relieve the capital of non-essential functions and reduce its population, while also creating an innovation hub for the surrounding region. 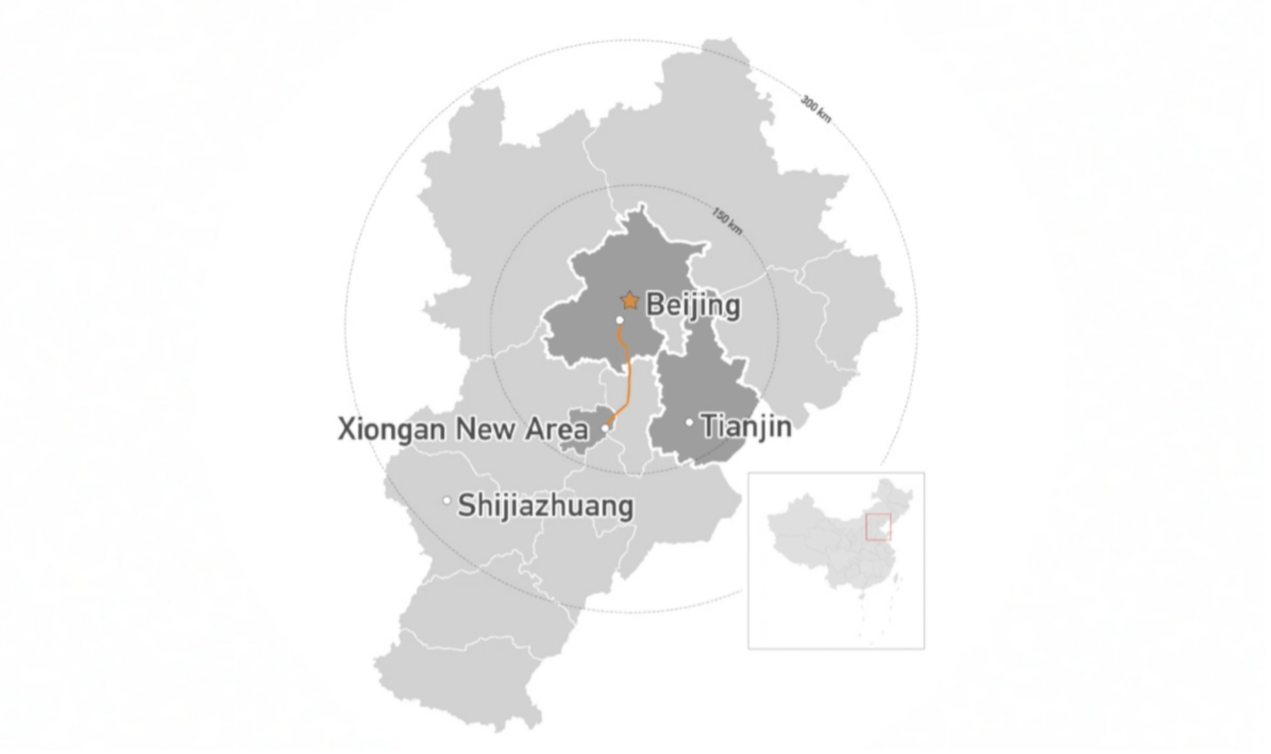 A map of the Xiong'an New Area. Xu Xinchen/ CGTN

A map of the Xiong'an New Area. Xu Xinchen/ CGTN

"If you want to grow your economy, or boost the development of science and technology, a bad traffic system will cut you out from the outside," said Yang Xiangfu, the deputy director of China Construction Eighth Engineering Bureau's Xiong'an branch.

Development started back in 2017, and the traffic system has been the key pillar of this city.

"The Xiong'an New Area is doing well and the city's traffic network has been preliminarily formed," said Yang.

With the new area's railway station up and running, high-speed trains can take passengers to Beijing in just 19 minutes.

There are over 5,500 railway stations that have high-speed trains across the country with over 50 similar in size to the Xiong'an Railway Station.

Zhang Yitao has been driving high-speed trains for three years. And he was the driver that drove the first bullet train between Xiong'an and Beijing.

I was lucky enough to ride with him.

"As a high-speed train driver, I have personally witnessed the rapid changes of China's high-speed rail network in recent years," said Zhang.

"Our working environment, as well as the reliability of the trains, and the convenience and intelligence of the operation have been constantly improving," he added.

China is exporting its railway technology to other countries.

While I was on my train back to the Chinese capital, I called Hu Xuhong – a seasoned bullet train expert.

China lagged behind for more than 40 years in the development of high-speed trains compared to other Western countries, according to Hu. But the country is a leader in the industry now.

"And that's because our trains had to operate in different scenarios and overcome many problems," said Hu. "In other words, we have tested all these operational scenarios and we can therefore help countries that want to build new high-speed railways. Our rich experience has helped us to go global."

The extensive use of high-speed railways has helped China accumulate enough experience to share with the world – building high-speed rails and stations in other countries.

In June 2022, the International Union of Railways published the world's first international standards for high-speed railway construction formulated based on China's experience.

The high-speed rail has revolutionized intercity travel and is now a billion-dollar business that has the potential to change modern international travel – bringing better economic development along the lines.