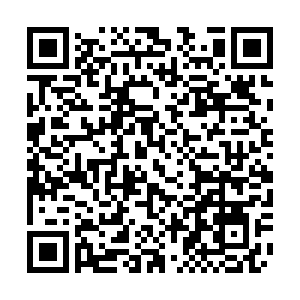 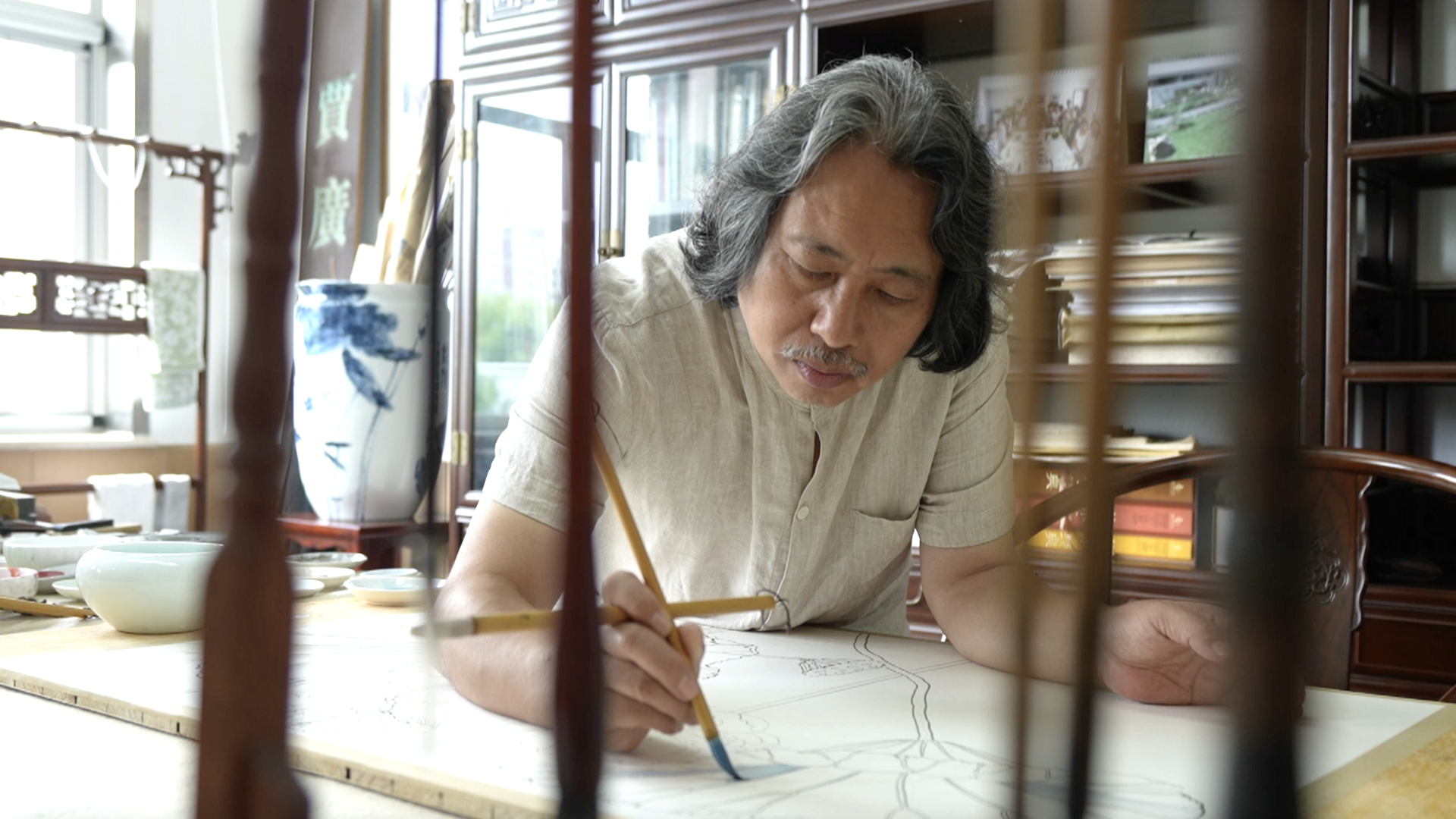 Jia Guangjian went from a village boy to a painting master after years of strenuous study and work. He is skilled at capturing natural beauty and turning it into fascinating bird-and-flower paintings.

Born in 1964, Jia was raised in a rural area of Yongqing County, north China's Hebei Province. Jia lived with his grandmother throughout his whole childhood. There was a beautiful peach garden at his grandmother's home, which became Jia's secret garden. He often played alone there and drew the blooming process of peach flowers on his paper. 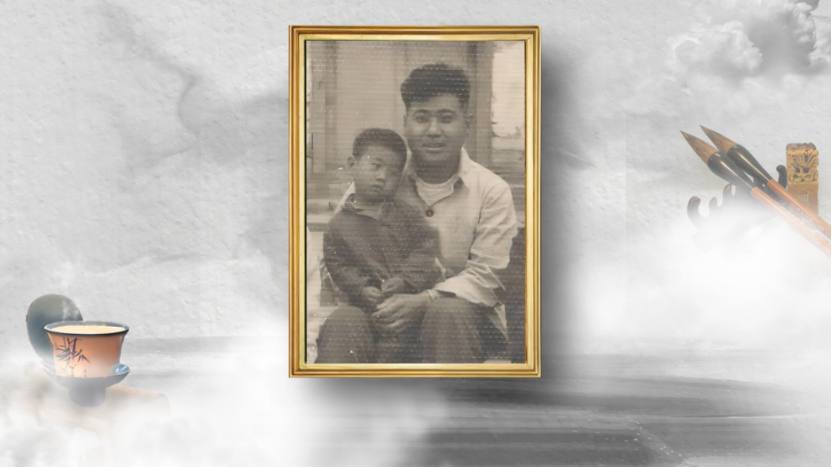 During that poverty-stricken time, Jia had limited resources to study painting. One of his classmates brought a comic book of painting master Qi Baishi to him, which was an initial enlightenment of Chinese paintings for Jia.

In 1984, Jia was assigned to the Hebei Institute of Technology (now the Hebei University of Technology) and became an assistant teacher. But after serving as a teacher for some time, he found his dream of becoming a painter was fading. Thus, he decided to prepare for the college entrance exam and hoped to be accepted into Tianjin Academy of Fine Arts. 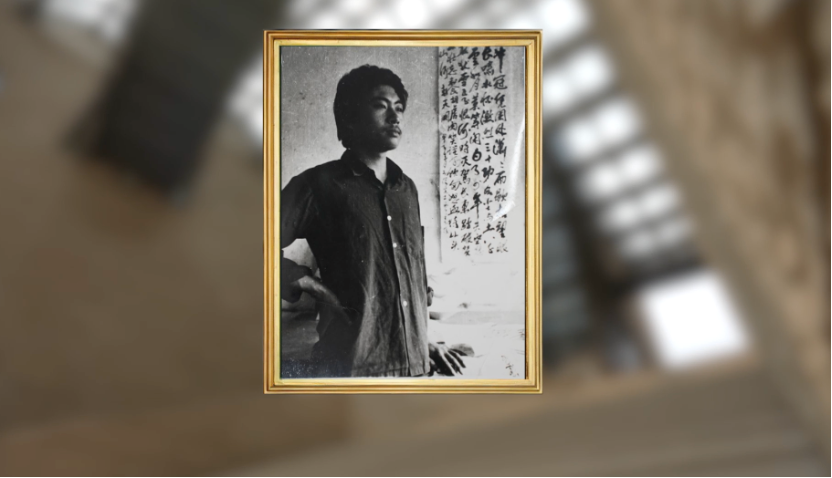 Jia Guangjian works at the Hebei Institute of Technology. /CMG

Jia Guangjian works at the Hebei Institute of Technology. /CMG

Jia had a humble workspace in his 20-square-meter dormitory. He made a simple table by using several wooden planks, on which he drew more than 1,000 paintings, developing and polishing his technique day and night. 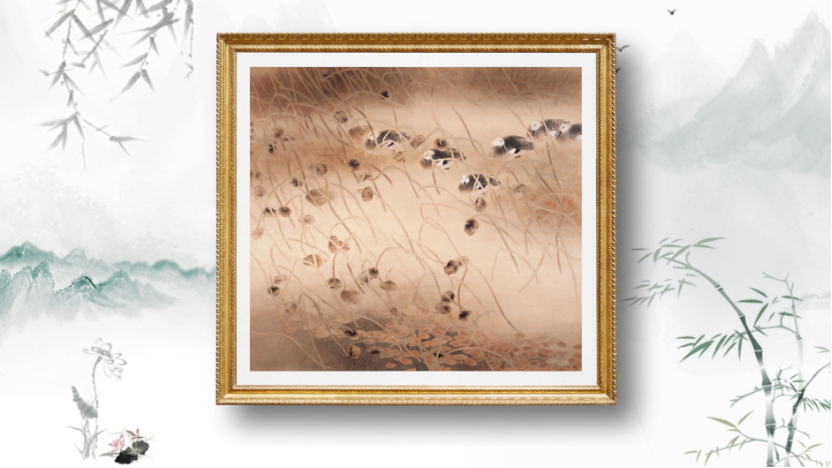 Jia Guangjian's painting that won the silver medal in the National Art Exhibition in China. /CMG

Jia Guangjian's painting that won the silver medal in the National Art Exhibition in China. /CMG

In 1987, Jia was admitted to his dream college. Since then, he has spared no effort to practice Chinese painting. In the early 1990s, elaborate-style painting became a trend in China, which inspired Jia to create his own style, specializing in drawing lotus flowers. After years of strenuous work, in 1992, the then 28-year-old won the silver medal in the National Art Exhibition in China. 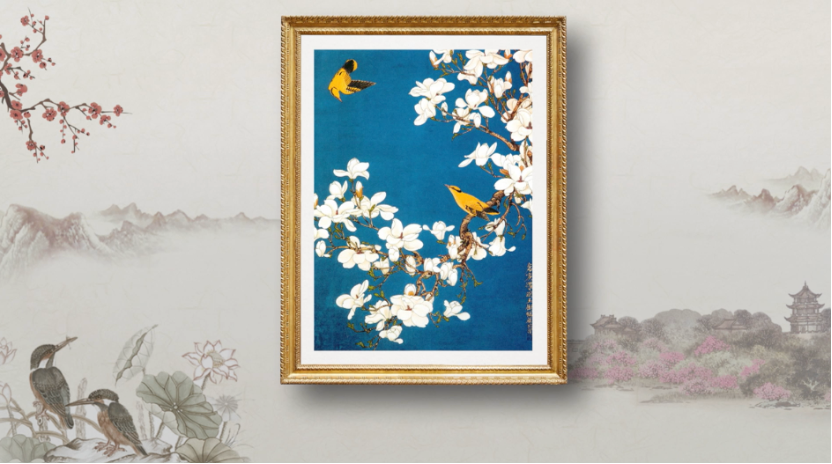 One of the paintings created by Jia Guangjian. /CMG

One of the paintings created by Jia Guangjian. /CMG

In 2012, Jia's self-entitled Art Institute was built in Yongqing County, covering an area of more than 2,000 square meters. During the past 10 years, artworks from nearly 100 contemporary artists have been exhibited there.

Jia's initial intent of building this institute was to let more locals fall in love with art and create a place for them to learn and appreciate artworks. For Jia, cultural spirit is one of the most important parts for the revitalization of the countryside.