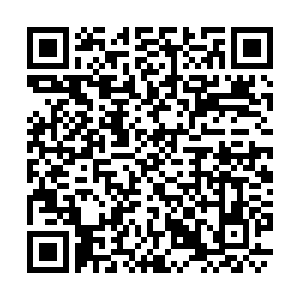 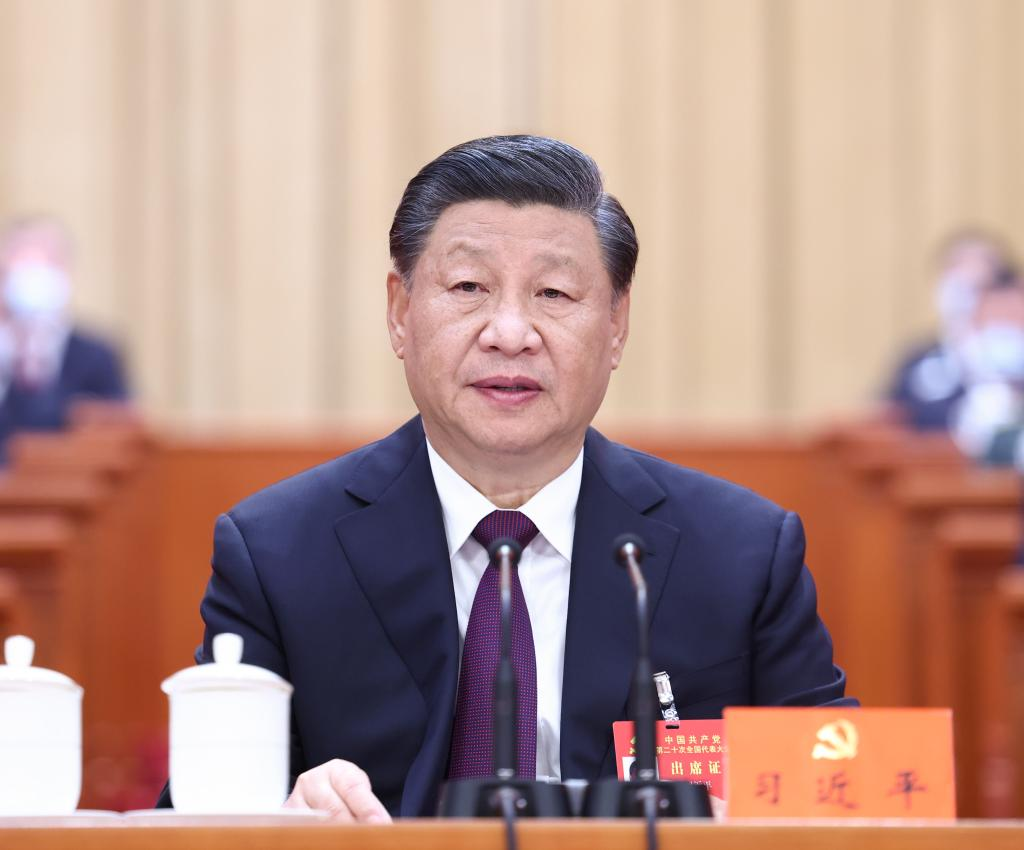 Xi Jinping presides over the closing session of the 20th National Congress of the Communist Party of China (CPC) at the Great Hall of the People in Beijing, capital of China, October 22, 2022. /Xinhua

Xi Jinping presides over the closing session of the 20th National Congress of the Communist Party of China (CPC) at the Great Hall of the People in Beijing, capital of China, October 22, 2022. /Xinhua

The Communist Party of China (CPC) is fully confident and capable of creating new and even greater miracles on the new journey of the new era, Xi Jinping said as the 20th CPC National Congress came to a conclusion Saturday.

The CPC congress has realized its goals of unifying thinking, fortifying confidence, charting the course, and boosting morale, Xi told 2,338 delegates and specially invited delegates present at the closing session of the week-long congress at the Great Hall of the People in Beijing. "This has been a congress of holding our banner high, pooling our strength, and promoting solidarity and dedication."

At the closing session presided over by Xi, the congress elected a new CPC Central Committee, with 205 members and 171 alternate members, and a new Central Commission for Discipline Inspection (CCDI) consisting of 133 members. 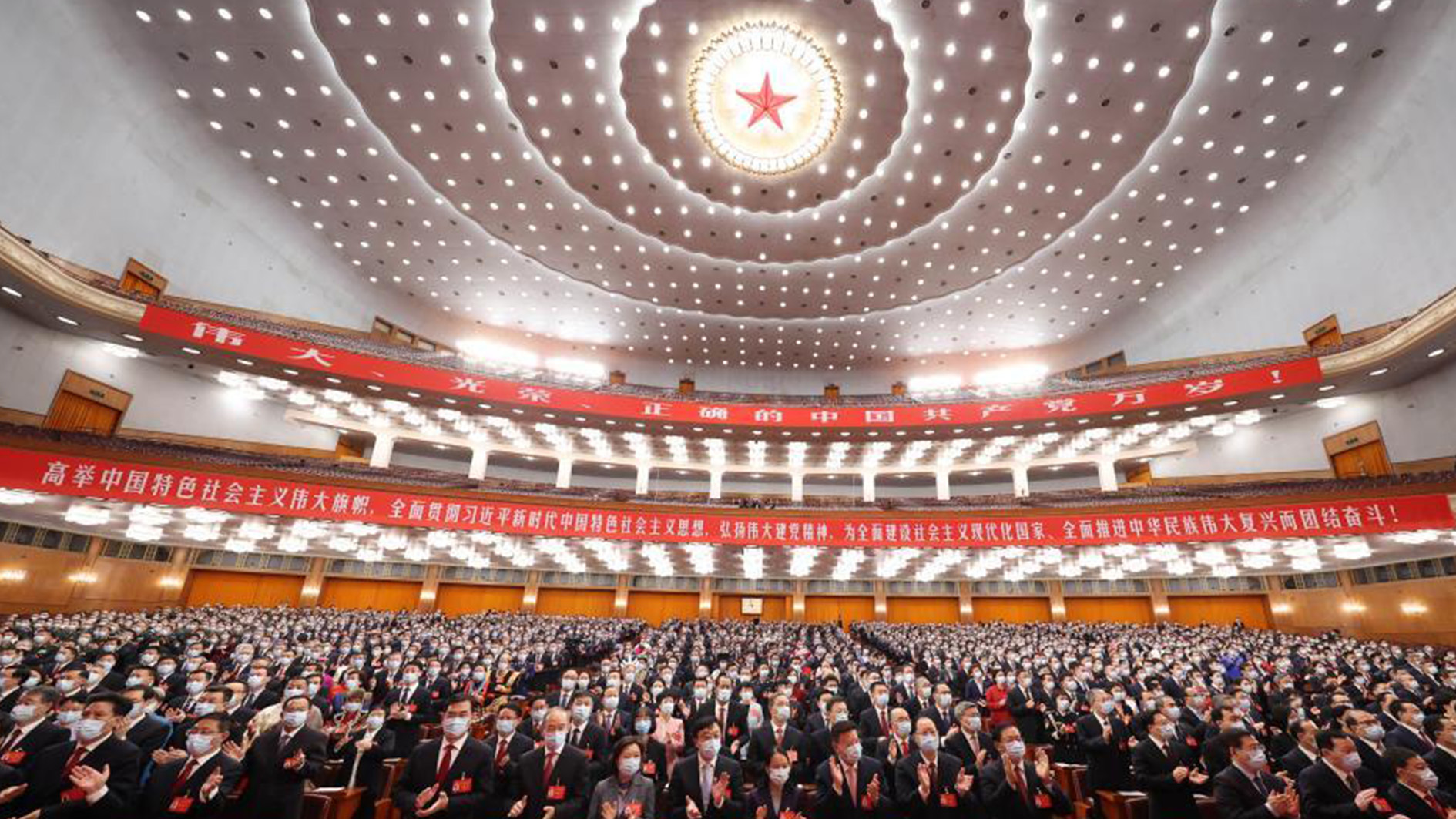 The congress noted that the establishment of Comrade Xi Jinping's core position on the Party Central Committee and in the Party as a whole and the guiding role of Xi Jinping Thought on Socialism with Chinese Characteristics for a New Era has set the rejuvenation of the Chinese nation on "an irreversible historical course."

The report of the 19th CPC Central Committee charts the course and establishes a guide to action for the new journey for advancing the cause of the Party and the country in the new era and for realizing the Second Centenary Goal, Xi said.

Hailing the report "a guiding Marxist document," Xi said it is a political declaration and a program of action for the CPC to rally and lead the Chinese people of all ethnic groups in securing new victories for socialism with Chinese characteristics.

The CCDI work report underscores the significance of using the Party's own transformation to steer social transformation, and declares the Party's firm resolve to keep improving conduct, promoting integrity and fighting corruption with sober-minded determination to make this an unceasing endeavor, Xi said.

On the revised CPC Constitution, which came into effect as of the date of adoption, Xi said it encapsulates the theoretical, practical and institutional innovations made by the Party.

The revised CPC Constitution sets out clear requirements for upholding and strengthening the Party's overall leadership, promoting the Party's full and rigorous self-governance, continuing and improving Party building, and advancing the Party's self-reform, he said.

The new developments in Xi Jinping Thought on Socialism with Chinese Characteristics for a New Era since the 19th CPC National Congress have been incorporated into the Party Constitution.

Advancing the rejuvenation of the Chinese nation on all fronts through a Chinese path to modernization has been designated as the central task of the Party on the new journey of the new era at the 20th CPC National Congress. This central task has been included in the revised Party Constitution.

On the newly elected CPC Central Committee, Xi said it is a broadly representative and well-structured body with highly qualified members who meet the standards for the Central Committee membership, match the expectations of ordinary officials and the general public, and reflect the realities of the Party's leadership teams and contingent of officials.

The new CPC Central Committee will definitely be capable of shouldering the historic mission of rallying and leading the whole Party and the Chinese people of all ethnic groups in building China into a modern socialist country in all respects and in advancing national rejuvenation on all fronts, he said.

"We believe that all the decisions and plans set out at the congress and all its outcomes will play a significant role in guiding and underpinning our efforts to build a modern socialist country in all respects, advance national rejuvenation on all fronts, and secure new victories for socialism with Chinese characteristics," Xi said.

During the congress, the central committees of other political parties, the All-China Federation of Industry and Commerce as well as public figures from all ethnic groups and all sectors in China offered their congratulations, as did members of the public through various means. Political parties and organizations in many countries around the world also sent congratulatory messages.

"The presidium of the congress wishes to express its heartfelt thanks to each and every one of them," Xi said.

Having come through a century of great endeavor, the Party is once again embarking on a new journey on which it will face new tests, Xi noted. "We are fully confident and capable of creating new and even greater miracles on the new journey of the new era – miracles that will amaze the world."

Xi urged all Party members to stay closely rallied around the CPC Central Committee and hold high the great banner of socialism with Chinese characteristics.

"We must remain confident in our history, exhibit greater historical initiative, and have the courage to fight and the mettle to win," he said.

Xi called on the Party to stay focused, determinedly forge ahead, and unite and lead all Chinese people in striving to fulfill the goals and tasks set out at the 20th CPC National Congress.