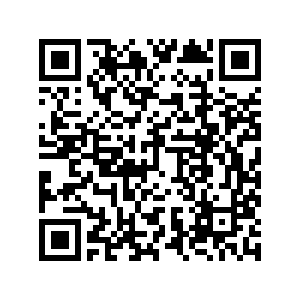 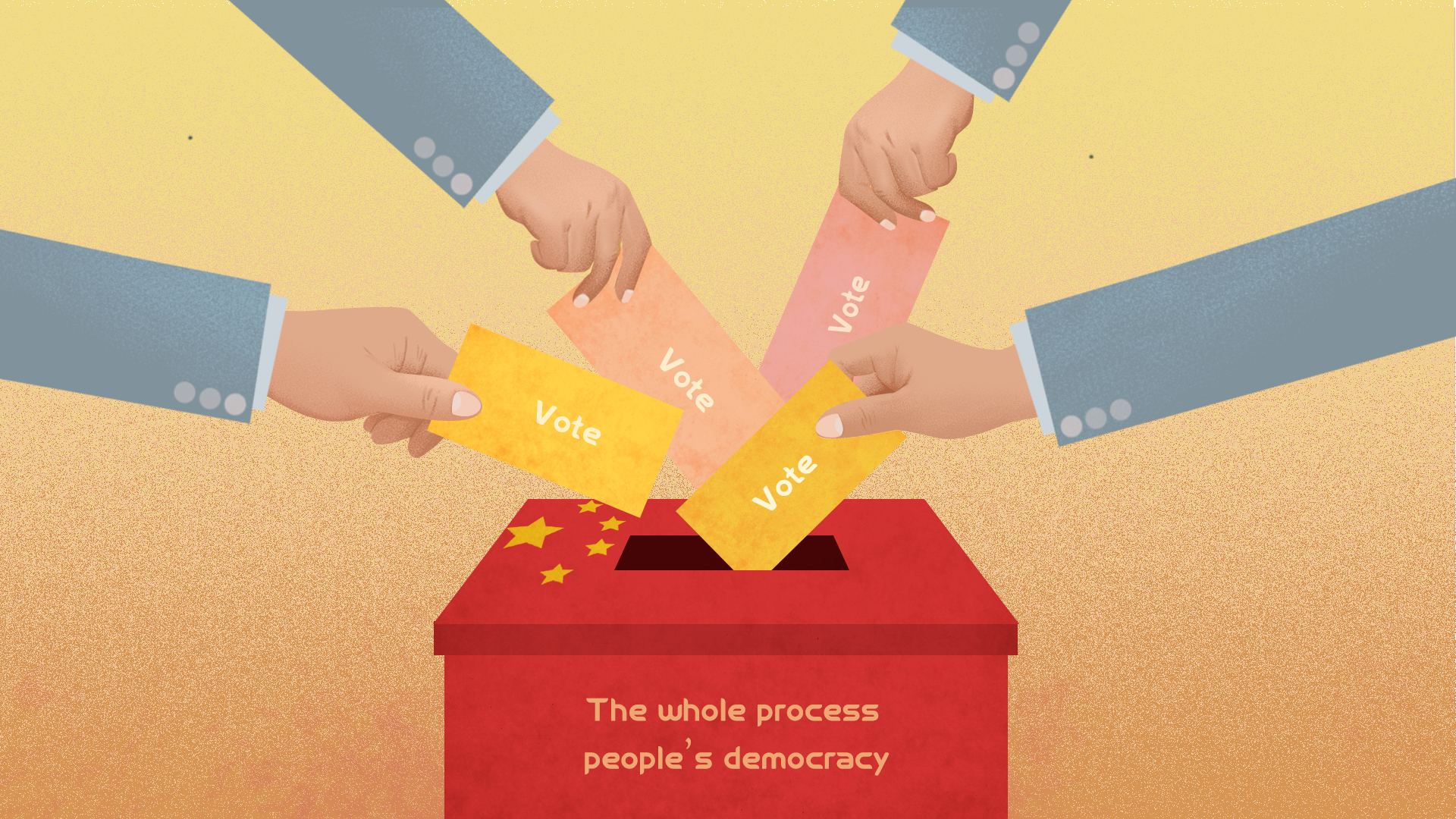 Editor's note: China has clearly demonstrated its development blueprint for the next five years at the 20th National Congress of Communist Party of China held in October, 2022. To further elucidate the plan to the world, CGTN has created the "China Blueprint: Opportunities for the World" series. This is the first piece focusing on China's democracy.

People's democracy is a banner that the Communist Party of China (CPC) has always held high. Since its founding, the CPC has taken it as its mission to ensure people are the masters of their own country. In recent years, a growing number of public opinion polls have shown that the Chinese government enjoys a high level of trust among its citizens, which is unparalleled compared with other governments or political parties.

In January 2022, leading international public relations consultancy firm Edelman released the "Edelman Trust Barometer 2022." The report revealed that public trust in the Chinese government surged to 91 percent in 2021, up nine percentage points year-on-year. China also topped the ranking for a second time. A Harvard University poll, which has been ongoing for more than a decade, found that 90 percent of the Chinese people are satisfied with their government for many years in a row.

The whole-process people's democracy is a major concept put forward by Xi Jinping, general secretary of the CPC Central Committee, and is China's answer to the important question of "whither the world democracy?" In China, the whole-process people's democracy not only has a complete institutional framework, but it also features a complete set of participatory practices. It is the most extensive, authentic and effective democracy. 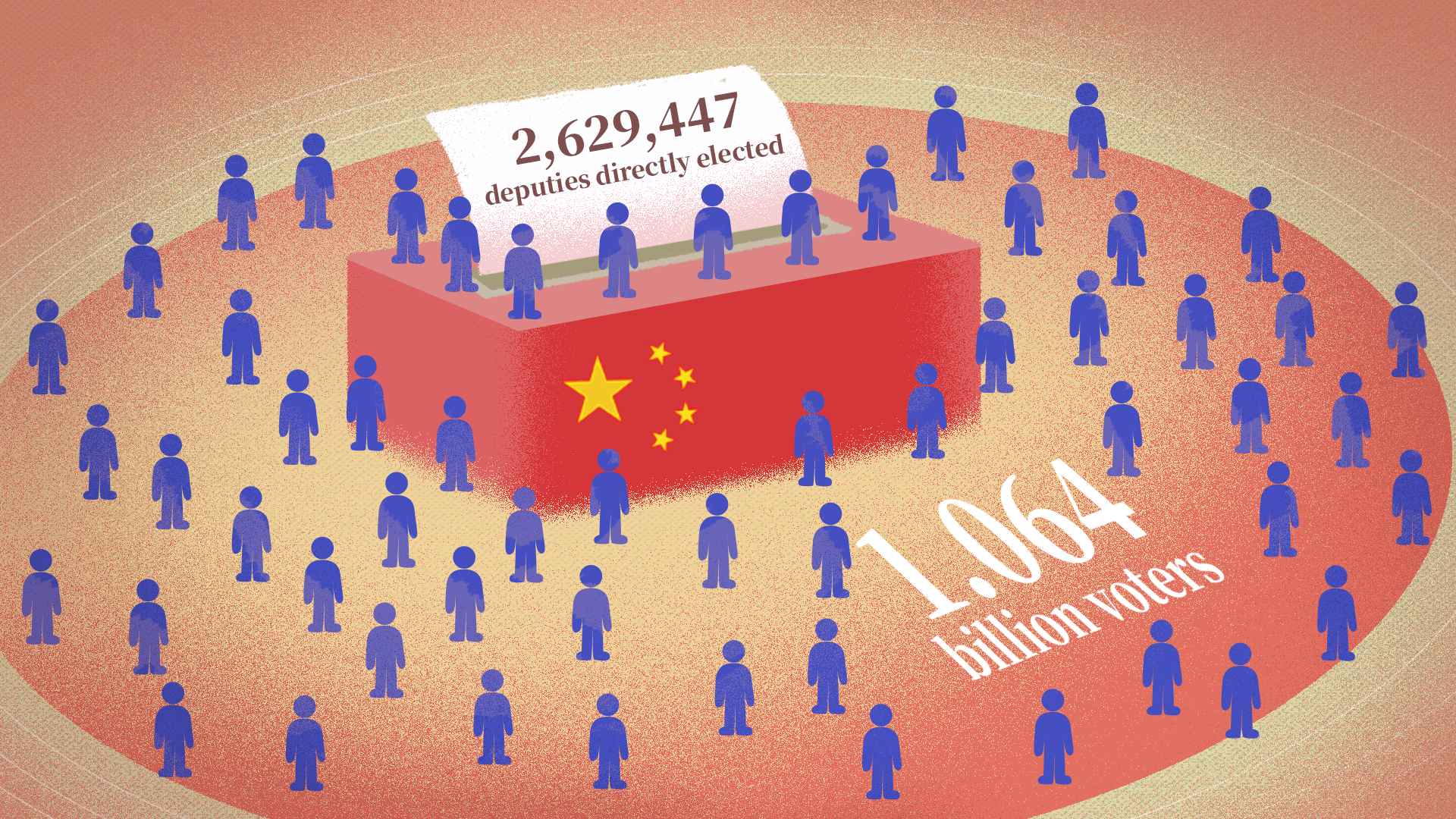 The grassroots-level legislation contact points are an important innovation in China's legislative mechanism and a "bottom-up legislative fast-track" that gathers public opinion and wisdom. Since the establishment of the first batch of contact points in 2015, as of July 2022, the Legislative Affairs Commission of the National People's Congress Standing Committee has set up 22 such contact points, covering two-thirds of China's provinces. The opinions and suggestions from the grassroots are directly fed back to China's top legislature, which is a true reflection of the whole-process people's democracy.

In the process of policy formulation, calling for broad public participation and listening to suggestions from all sides are important experiences that have been tested and proven over the past 73 years since the founding of the People's Republic of China.

China's five-year plans are the most important public policy of the Chinese government. From August 16 to 29, 2020, the draft of the 14th Five-Year Plan (2021-2025) was made available for public consultation online. This was the first time in the history of producing five-year plans that an online consultation was launched. The general public participated enthusiastically, and the government received a total of more than 1.018 million suggestions, from which more than 1,000 suggestions were directly adopted.

In his report to the 20th CPC National Congress, General Secretary Xi Jinping pointed out that it is necessary to comprehensively develop consultative democracy, promote extensive, multi-layered and institutionalized development of consultative democracy, adhere to and improve the political system of multi-party cooperation and political consultation under the leadership of the CPC, and improve the Chinese People's Political Consultative Conference's democratic supervision mechanism and its members' contact with the masses in their sectors.

People are at the heart of China's consultative democracy. At present, various parts of China have explored diverse forms of consultative democracy based on local realities, such as democratic consultation meetings, villagers' councils, residents' workshops, courtyard discussions, neighborhood meetings, outdoor meetings and so on. Many forms of grassroots democratic consultation have gradually spread in China's urban and rural communities, effectively bringing into play the important role of consultative democracy in understanding public sentiments, solving their problems and warming their hearts, thereby achieving wider political participation and more effective expression of public opinion. 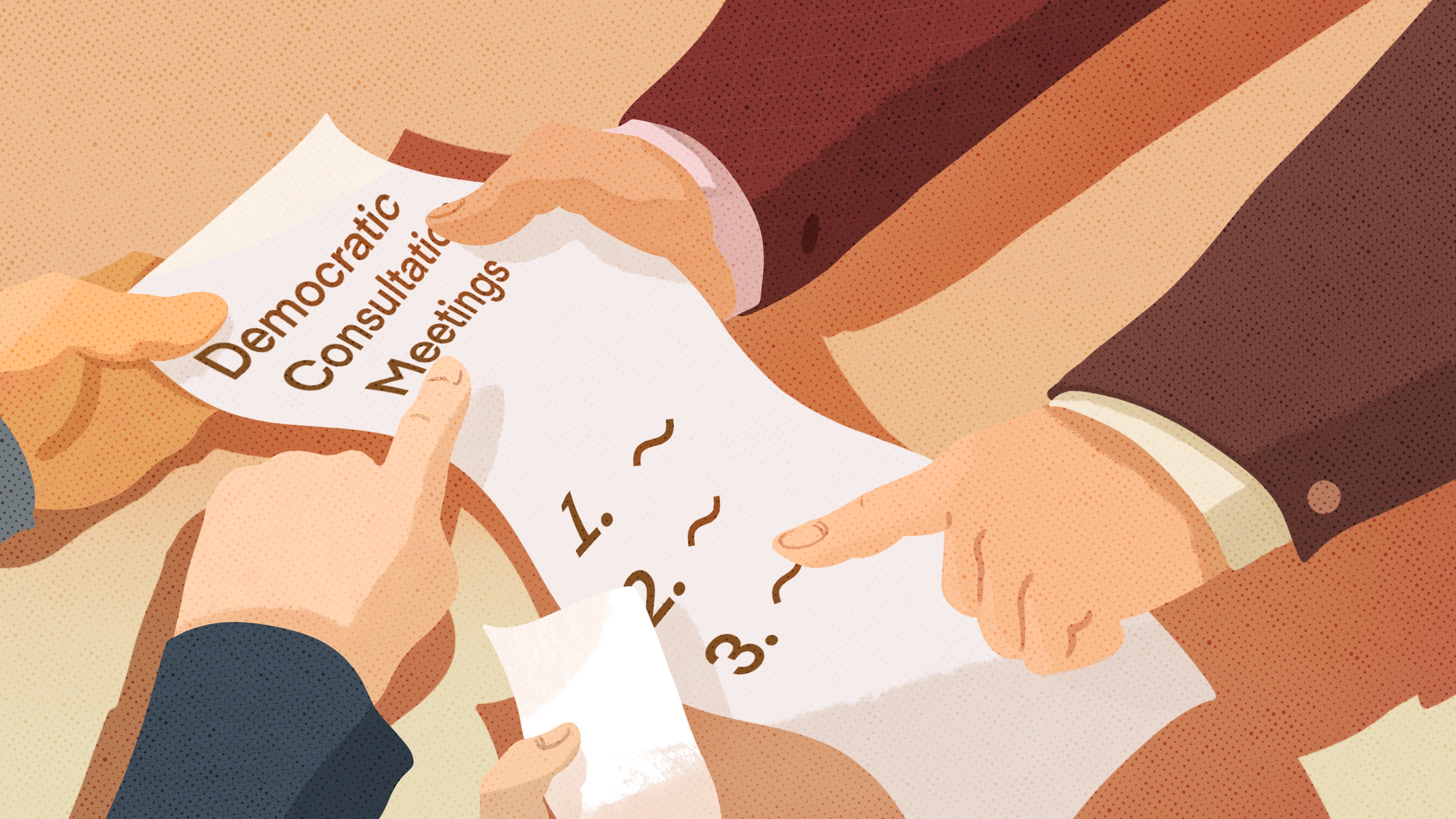 High-quality democracy with emphasis on both development and quality

At present, many places in China have established a work system for solving people's problems, such as "government's functional departments answering the call for help from neighborhood administrators," "quick response task force" and "12345 hotline service in addressing complaints." This has resulted in an efficient process of listening to people's voices, analyzing problems, assigning tasks, giving feedback and checking results, which has truly enabled people to have their voices heard and their concerns addressed in a timely manner.

To tell whether a democracy is real or fake, the key lies in the hearts and minds of the people. Unlike some countries which engage in "plutocracy, money politics and oligarchic democracy" in the guise of democracy, China is promoting the whole-process people's democracy – a real, extensive and effective democracy.