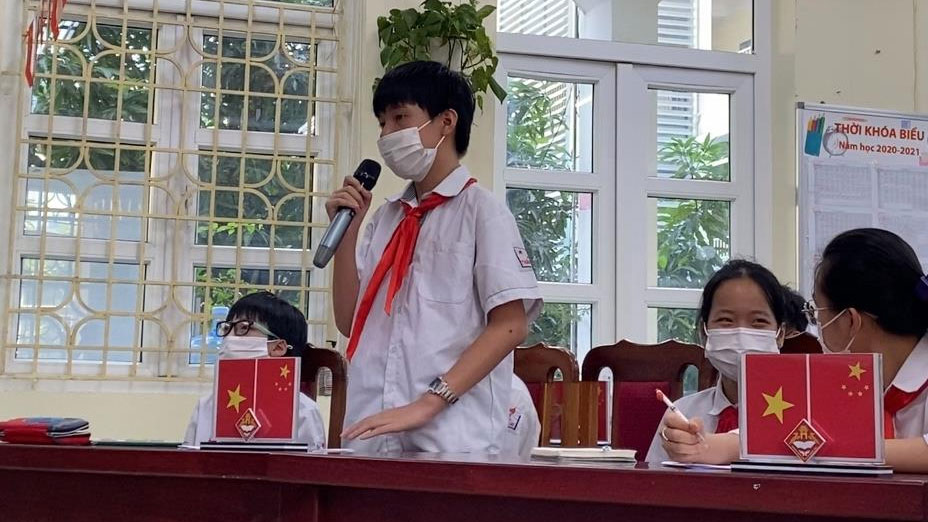 Students from the member states of the Association of Southeast Asian Nations (ASEAN) had a discussion on Tuesday with three Chinese astronauts – Liu Yang, Chen Dong and Cai Xuzhe – presently aboard China's space station, getting their questions answered via video link.

When asked about what she considers the most difficult task in space, Liu Yang said extravehicular activities (EVAs). It takes several days to finish a single EVA, from initial preparation to recovery after the task, Liu said.

"During the EVA, we have to work continuously in space for up to six or seven hours, which is a great test both physically and mentally," she said.

The training on ground contributed to the success of their two EVAs, she added. "We are confident and capable of completing each subsequent EVA."

Besides Liu, Chen and Cai also answered students' questions on whether astronauts can use mobile phones and surf the internet in space, what to do if they get sick, and what qualities they need to have to become astronauts.

Previously, the crew talked with African students in September.

Liu Boming, who has completed the Shenzhou-7 and Shenzhou-12 missions, shared his unforgettable experience in space with ASEAN students from the Beijing venue.

In recent years, space has become a new cooperation field between China and ASEAN. The two sides have carried out exchanges and cooperation in space technology applications, communication satellites, space surveying and mapping.