Download
Cooperation would benefit both India and the SCO
John Gong 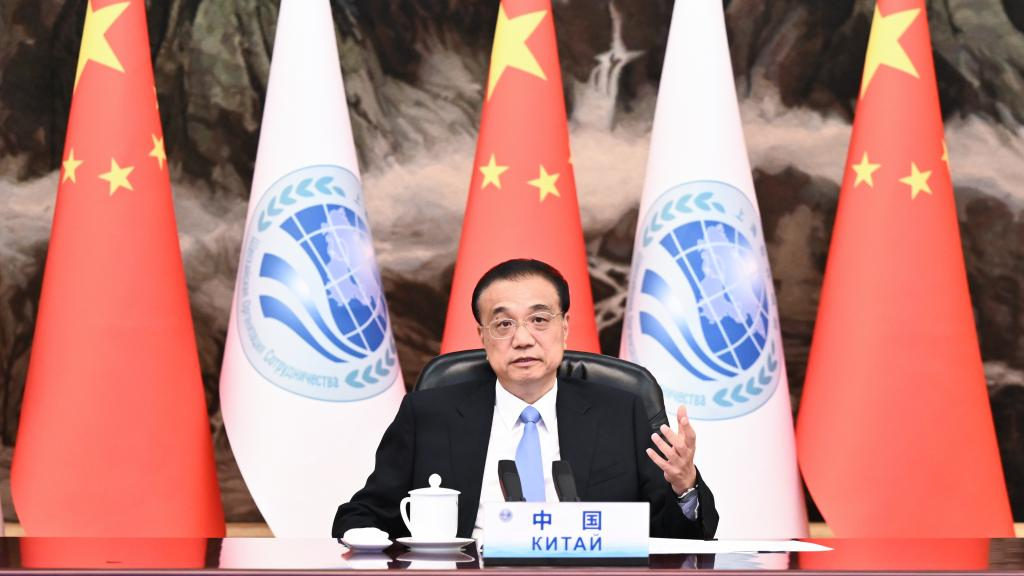 Chinese Premier Li Keqiang hosts the 21st Meeting of the Council of Heads of Government of Member States of the Shanghai Cooperation Organization via video link at the Great Hall of the People in Beijing, capital of China, November 1, 2022. /Xinhua

Chinese Premier Li Keqiang hosts the 21st Meeting of the Council of Heads of Government of Member States of the Shanghai Cooperation Organization via video link at the Great Hall of the People in Beijing, capital of China, November 1, 2022. /Xinhua

On November 1, Premier Li Keqiang delivered a speech via video link to the 21st Meeting of the Council of Heads of Government of Member States of the Shanghai Cooperation Organization (SCO), in which he made a five-point proposal to champion the Shanghai Spirit and boost the development and invigoration of the SCO member states.

The third point in that proposal concerns enhancing connectivity in the region. Broader and easier connectivity among regional countries is obviously crucial for realizing trade and investment potentials.

"We need to further align the Belt and Road Initiative (BRI) with our national development strategies and regional cooperation initiatives, and enhance policy communication and coordination. We need to build up infrastructure hardware in transportation and communications and enhance 'soft connectivity' of information and data in an integrated manner, to speed up regional economic integration," Li said.

Although the flagship BRI has generated wide benefits and won wide support among the SCO community, one recent SCO member country, India, has been a staunch opponent of the initiative. India has long been a criticizer of the BRI, and this time around it logged its silent protest by not signing up to the joint communiqué in reference to the BRI. The signatory countries backing BRI were Kazakhstan, the Kyrgyz Republic, Pakistan, Russia, Tajikistan and Uzbekistan. These countries also spoke about concrete efforts to link the construction of the Eurasian Economic Union and BRI. 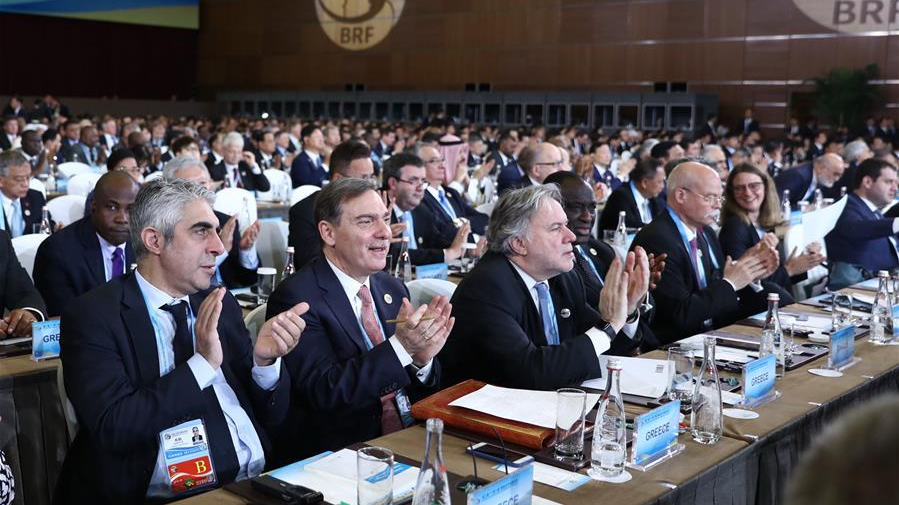 Dignitaries during the opening ceremony of the second Belt and Road Forum for International Cooperation at the China National Convention Center in Beijing, China, April 26, 2019. /Xinhua

Dignitaries during the opening ceremony of the second Belt and Road Forum for International Cooperation at the China National Convention Center in Beijing, China, April 26, 2019. /Xinhua

On the surface, India's opposition is based on the grounds that a major BRI project, the China-Pakistan Economic Corridor, traverses through the Pakistan-controlled Kashmir region, which is a territory in dispute between Pakistan and India. India's External Affairs Minister S. Jaishankar publicly said: "Connectivity projects should respect the sovereignty and territorial integrity of member states and respect international law," which clearly refers to the Pakistan-controlled Kashmir issue.

But even this argument is tenuous at best. Chinese investments in BRI are not occupying Kashmir. These are Pakistani-owned projects merely contracted to some Chinese companies and/or maybe financed by money from China. The business model in itself doesn't involve any sovereignty issue.

The second more realistic reason behind New Deli's roiling at the SCO probably holds more water. India has a competing vision for the regional connectivity initiative, called the International North South Transport Corridor (INSTC), which is a 7,200-km multi-modal transport corridor that combines road, rail and maritime routes connecting Russia and India via Central Asia and Iran. It links the Indian Ocean to the Caspian Sea via the Persian Gulf and onwards into Russia and Northern Europe.

However, more connectivity in the region is actually good for economic development, and China has not openly announced any opposition to India's initiative. But unfortunately New Delhi has been viewing the BRI through a geopolitical lens. It has invented the "debt trap" nonsense to badmouth the BRI. It has openly raised the unrelated Kashmir sovereignty issue. And now it is promoting a vision that is in competition with China.

All of these things are totally uncalled for. China and India could have sat down and worked out these issues of mutual interests and in the interests of the SCO community. That is not only beneficial for India as a new comer to the SCO, but also the other SCO members and the development of the whole region.