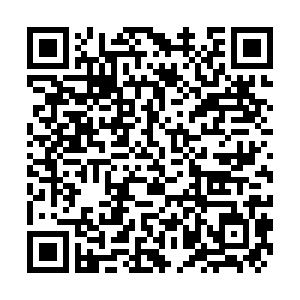 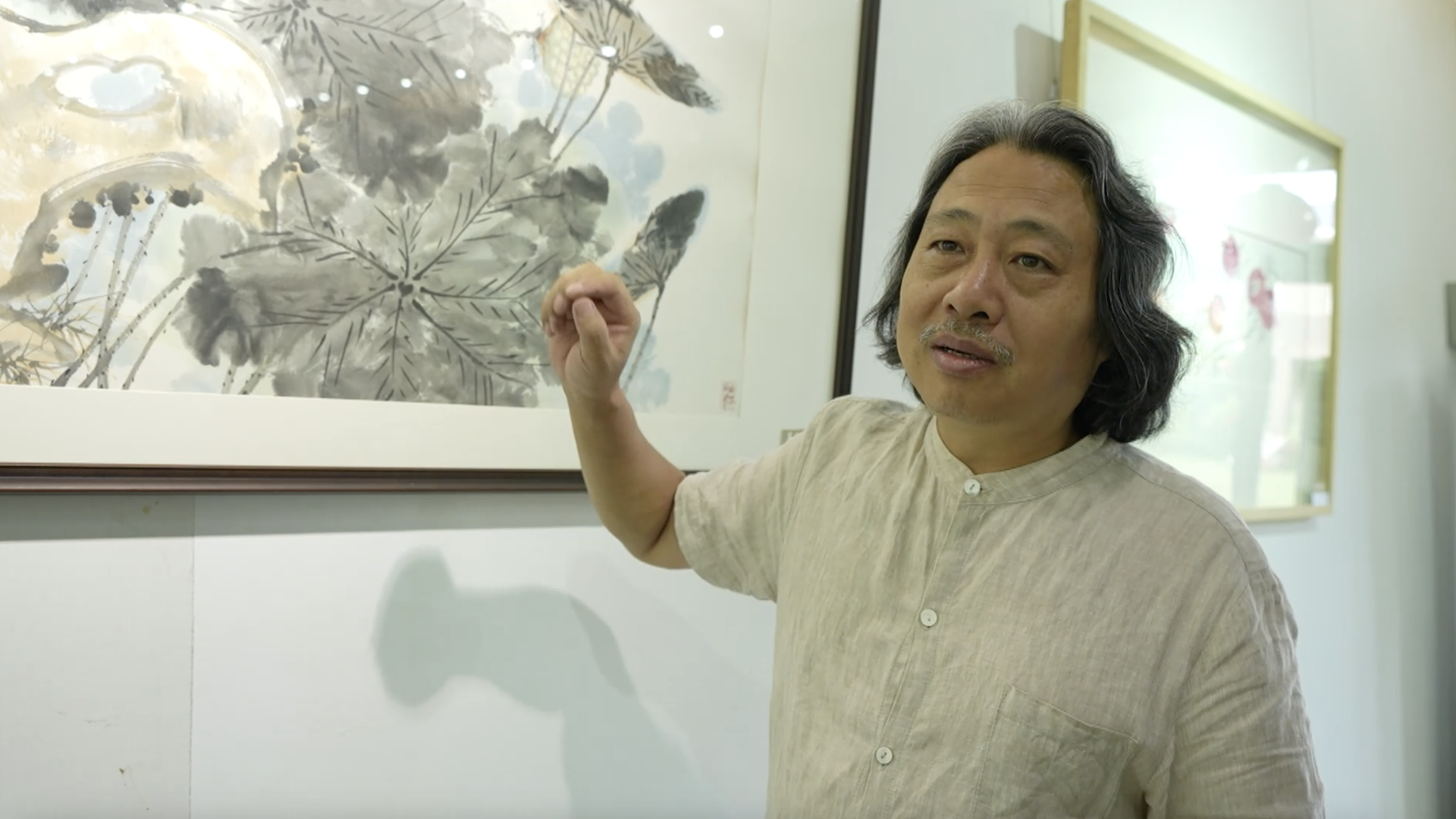 As the spiritual carrier of Chinese literati, flower-and-bird painting is a kind of Chinese painting with a long history and profound culture. Jia Guangjian was born and raised in a rural area in China and never stopped chasing his dream of becoming an accomplished painter. After years of strenuous work, Jia made his dreams come true with his skill at capturing natural beauty and turning it into fascinating flower-and-bird paintings. 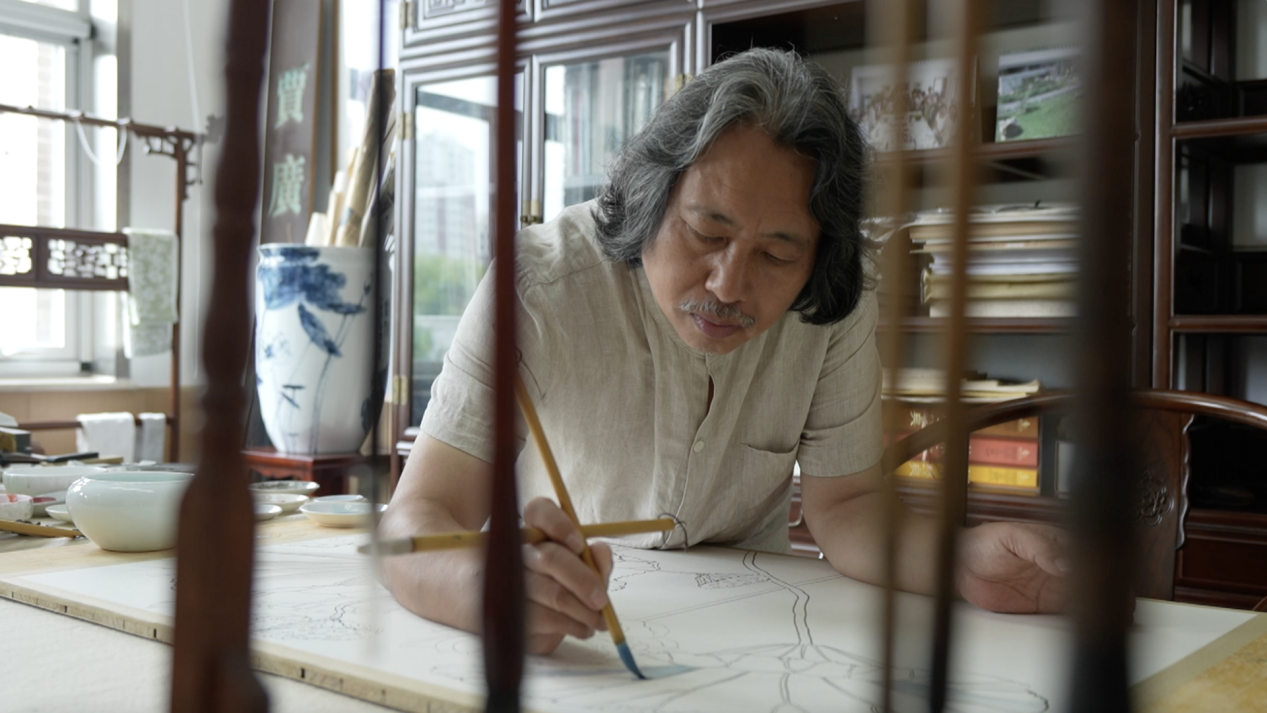 Born in 1964, Jia Guangjian was raised in Yongqing County, Hebei Province. His father was a local civil servant who often traveled for work. Jia spent almost his whole childhood at his grandparents' home. His grandfather was a craftsman who knew how to make clay toys. Those little colorful and vivid clay sculptures subtly influenced young Jia. When his grandfather molded clay figurines, little Jia picked up how to do it himself. Since he was a child, he has shown extraordinary artistic talent. When other children played outside, Jia preferred to be alone, staying in his grandmother's little peach garden.

In 1984, after graduating from secondary school, Jia was assigned to work at the Hebei Institute of Technology and became an assistant teacher. But after serving as a teacher for some time, he found that although the income of this job was stable, his dream of becoming a painter was fading. Jia decided to prepare for the college entrance exam and hoped to be admitted to the Tianjin Academy of Fine Arts. But it was not easy to pass the exam, which is known as one of China's "Top Eight Academies of Fine Arts." It's like thousands of troops crossing a single-plank bridge. To settle down or chase his artistic dreams? Jia was in a dilemma. But finally, he made a crucial decision: to continue working and learning painting in his free time while at the Hebei Institute of Technology to prepare for the Tianjin Academy of Fine Arts entrance exam.

Years of perseverance and hard work paid off. In 1987, Jia was admitted to his dream college, the Tianjin Academy of Fine Arts. Many famous painters of the Beijing-Tianjin School of Painting were teachers at this academy. The Beijing-Tianjin School of Painting had a group of painters mainly inheriting the traditional style. The representative painters included Qi Baishi, Yu Fei'an, Wang Xuetao, Zhang Qiyi, Sun Qifeng and other famous figures in the history of Chinese art. It reflects the roughness and thickness of the northern style without losing the beauty and serenity of the southern style. 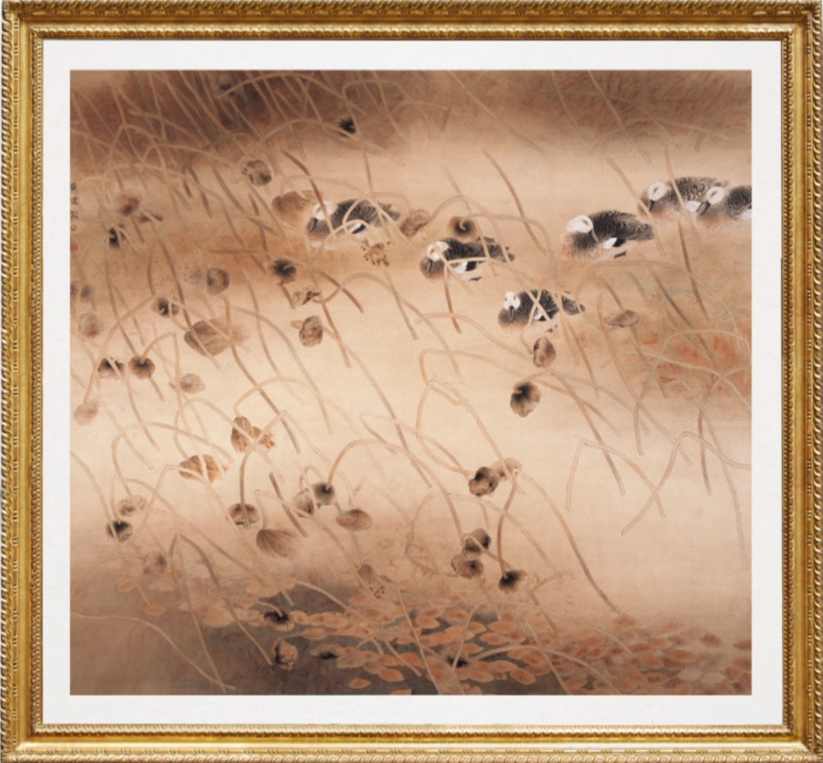 During his four years in college, Jia spared no effort to practice Chinese painting. He absorbed the essence of his predecessors and devoted himself to creating flower-and-bird paintings. In the early 1990s, these meticulous paintings were trending in China, which greatly stimulated the creative enthusiasm of a group of young artists. It also inspired Jia to create his style, specializing in drawing the lotus flower. After years of strenuous work, in 1992, the then 28-year-old won the silver medal at the National Art Exhibition for his painting Silent Autumn.

After studying and teaching at the Tianjin Academy of Fine Arts, Jia entered the China National Academy of Painting and became a professional painter in June 2007. During his more than 10 years at the academy, Jia roamed the art palace without distractions and systematically observed and learned the artistic treasures of famous Chinese flower and bird painting masters. He was especially inspired by Zhao Ji's "Furong Golden Pheasant" in the Song Dynasty (960-1279), Wang Mian's "Ink Plum Blossom Picture" in the Yuan Dynasty (1271-1368), Xu Wei's "Flower and Bamboo Picture" in the Ming Dynasty (1368-1644) and Qi Baishi's "Ink Shrimp" in modern times. These masterpieces made him feel the charm of Chinese flower and bird paintings again.

It was during that time that Jia discovered that a traditional Chinese painting technique was almost lost, that is, the Mogu painting method. Mogu is a painting technique in traditional Chinese painting. It means "boneless." When painting in the style of Mogu, forms are made by ink and color washes rather than by outlines. It is mainly a staining and dying method, using ink brush pens and almost no sketching or drawing, so people can't see the solid lines or curves in the painting. 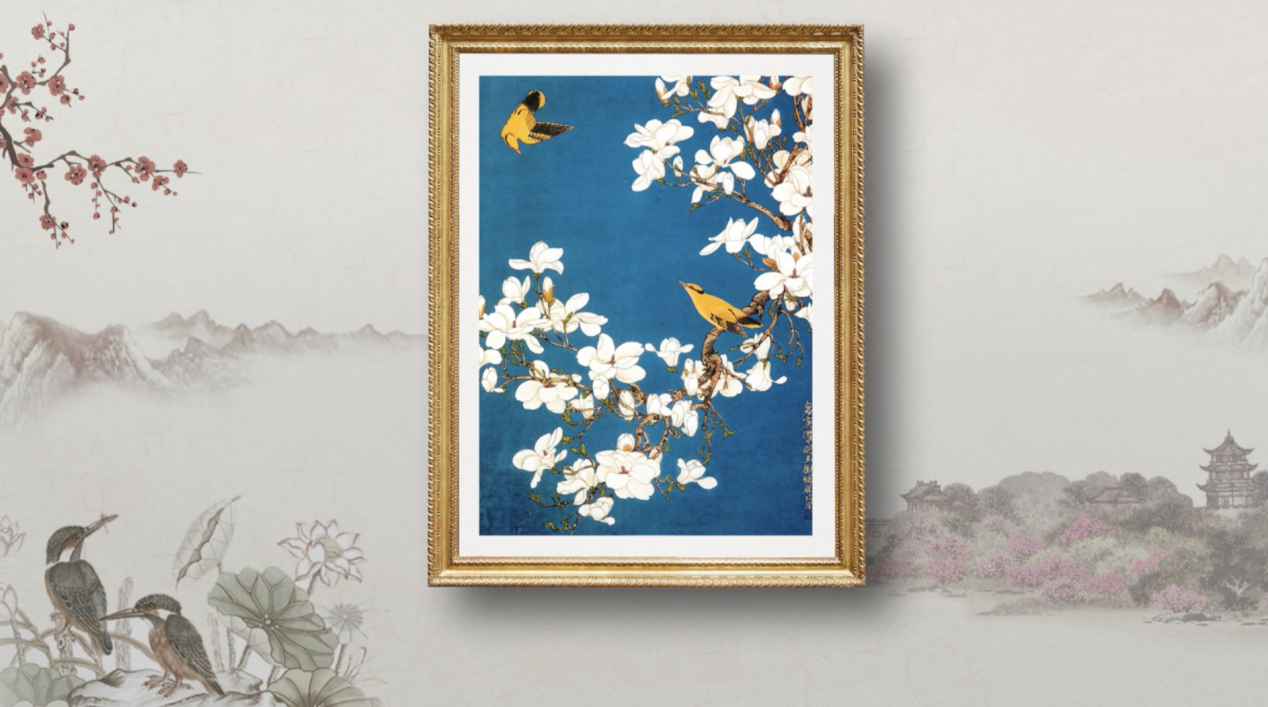 One of the paintings created by Jia. /CMG

One of the paintings created by Jia. /CMG

There are three main Mogu staining methods: smearing, dotting and filling colors. Jia studied the essence of the Mogu painting method of the Qing Dynasty (1644-1911) painter Yun Shouping (1633-1690). After years of research, he then created his series of Mogu paintings, such as "Pink and Fragrant Light," "Ming Autumn," "Prosperity in a Prosperous World" and other works.

Jia noted that the unique and charming Chinese flower-and-bird paintings often reflect the true nature of the vast world in depicting flowers, birds, plants and trees. He added that as a flower-and-bird painter, he must follow the creative proposition of Taoism and nature to create good works for people.

Besides working on creating flower and bird paintings, Jia is also an art educator enthusiastic about public welfare undertakings. In 2012, Jia's self-titled Art Institute was built in Yongqing County, covering an area of more than 2,000 square meters. During the past 10 years, nearly 100 contemporary artists have exhibited artworks. Jia's initial intent for building this institute was to let more locals fall in love with art and create a place for them to learn and appreciate artwork. He thinks cultural spirit is one of the essential parts of the revitalization of the countryside.