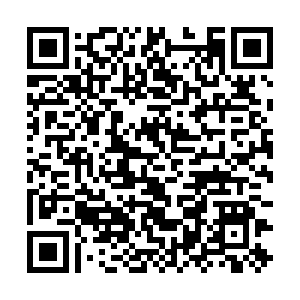 The rise of MMA is closely tied to the world of professional wrestling. For PRIDE FC in Japan, it was essentially taking NJPW and making it real. For the UFC it was more a case of fashioning a sport around WWE aesthetics. Now, several decades later, UFC President Dana White surely wishes he had McMahon-style influence, especially over his women's divisions.

After swearing the UFC would never have female fighters, he saw the hype around Ronda Rousey and, after purchasing Strikeforce, the league where she made her name, he put her front and center. The rest is history.

But since her retirement in 2016, things haven't been going so well. The flyweight and featherweight divisions, created for Valentina Sevchenko and Cris Cyborg respectively, have failed to produce any meaningful contenders; since Cyborg lost that belt to Amanda Nunes and got bumped from the organisation, the featherweight division hasn't even had enough contenders to form a top 10.

That is to be somewhat expected. Just as the marquee divisions in the UFC's male divisions are lightweight and featherweight as the fighting weight of the vast majority of men worldwide is around 150 lbs, there are very few women who fight at their best at 135 and 145 lbs.

However, that doesn't explain what's happening at bantamweight and strawweight, two divisions where there should be plenty of competition. Since the aforementioned Nunes ended Rousey's career at UFC 207 in December 2016, she's cleared out the 125 lb division and is patiently waiting for new rivals. 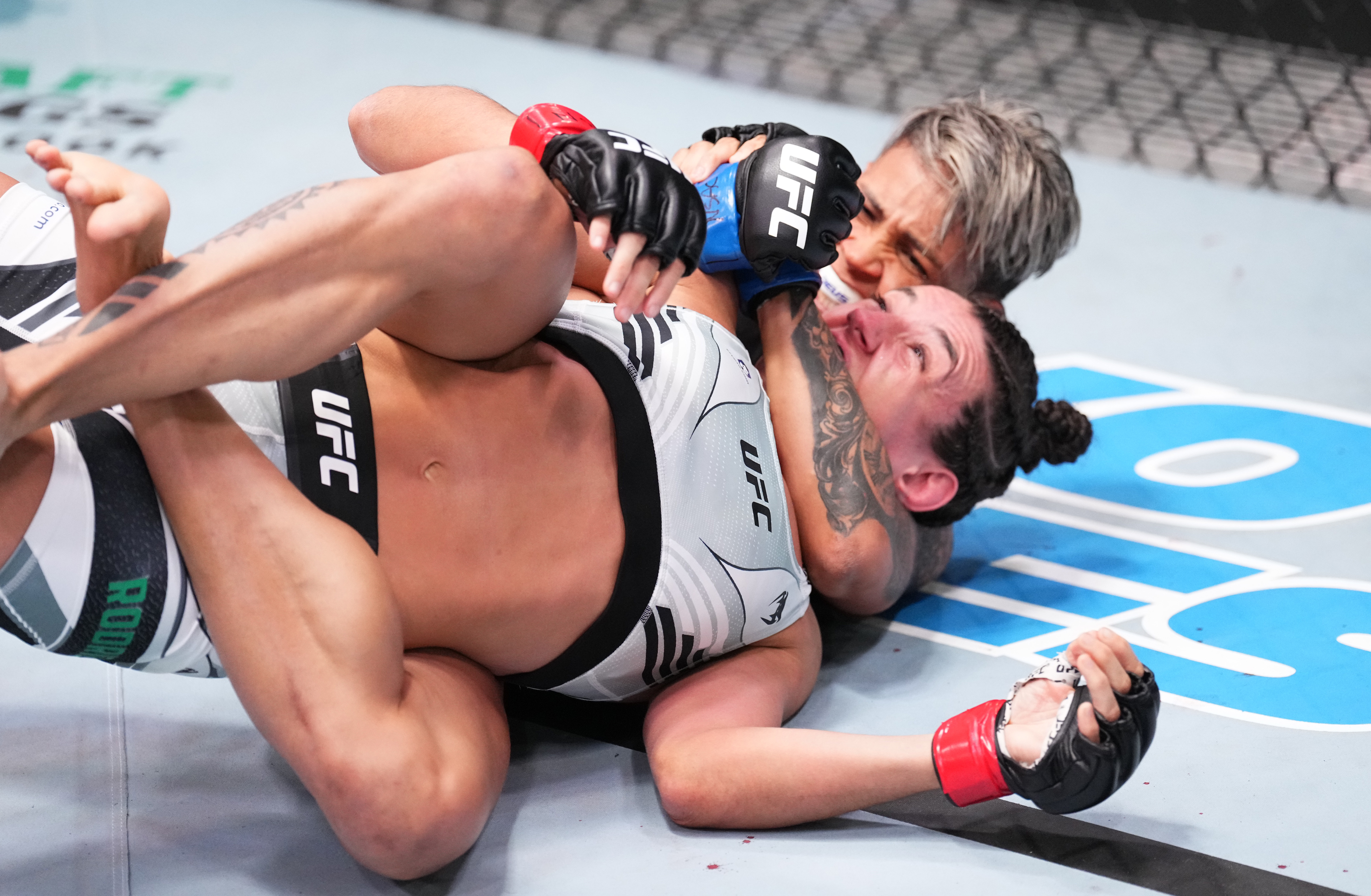 Quite simply, the divisions need new blood. This is undoubtedly why the main events of the UFC Vegas shows have lately been so focused on female fights, and so a month since Yan Xiaonan beat Mackenzie Dern and three weeks on from a show headlined by Alexa Grasso and Viviane Araujo, the UFC's biggest fight was Marina Rodriguez taking on Amanda Lemos.

#3 Rodriguez last lost in July 2020 to current champ Esparza and arrives this weekend on a four fight win streak, Lemos is #7 and her positioning here shows that the UFC are doing everything they can to make her into a star; she was in the main event of a UFC Vegas show in April and got choked out with a standing guillotine by Jessica Andrade. It's the kind of loss that would humble a male fighter, instead Lemos got a quick turnaround win against Michelle Waterson-Gomez at UFC New York and is back in the top position, contending for a top position.

In the opening round, neither looked like they should be there. Rodriguez, considered by pundits such as Din Thomas to be the next Joanna Jedrzejczyk due to her perpetual motion machine-esque, high volume offense, spent most of the time swinging at fresh air. According to UFCstats.com, in those five minutes, she attempted 29 significant strikes and landed only nine. 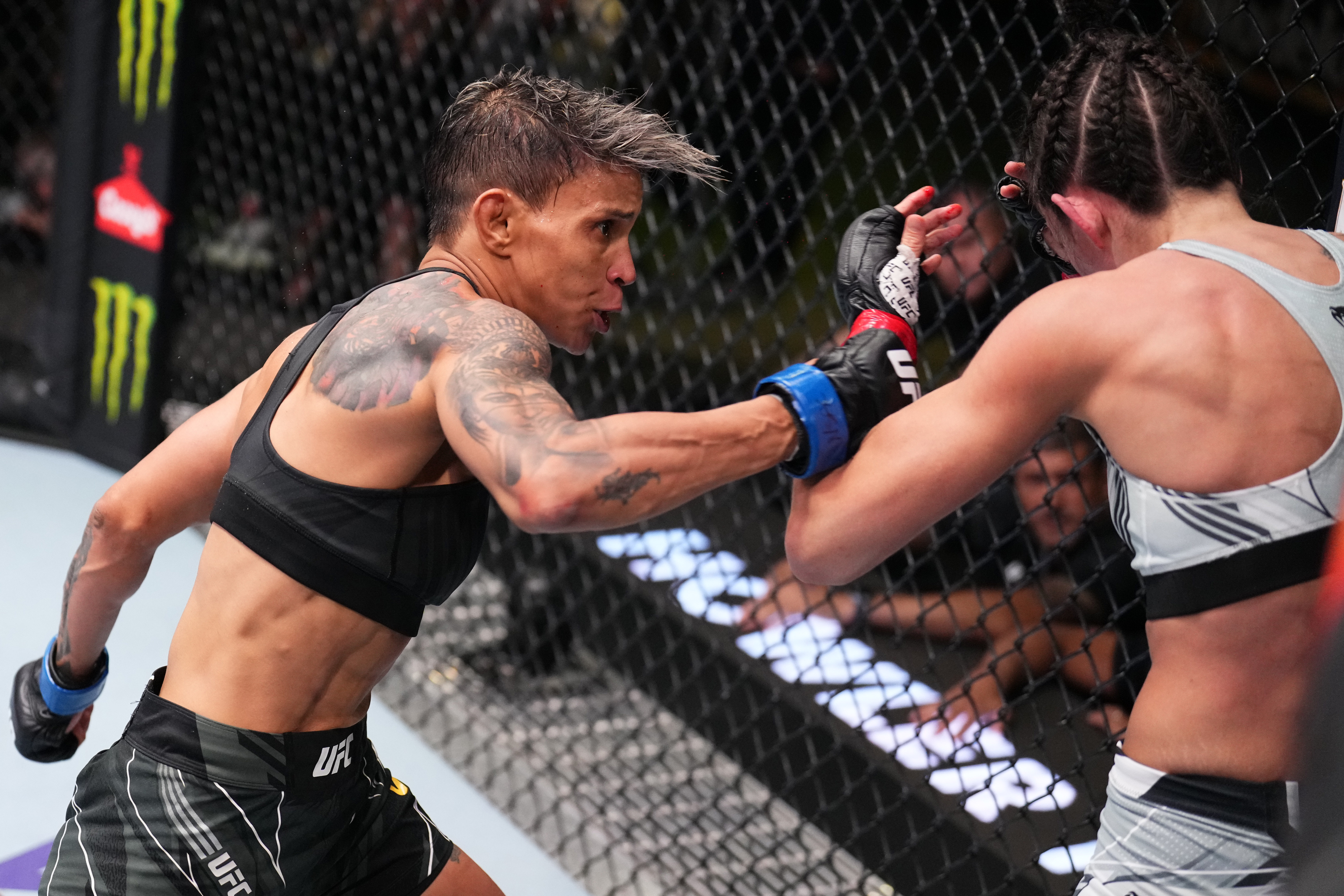 Amanda Lemos grabs the wrist of Marina Rodriguez to set up an uppercut. /Zuffa

Amanda Lemos grabs the wrist of Marina Rodriguez to set up an uppercut. /Zuffa

That's two fewer than Lemos, who spent most of the round easily swerving out of the way, and picking shots when they came open. She is supposed to be this generation's Jessica Andrade (hence why their fight was made in April) due to her heavy hands, but just as Rodriguez lacks Jedrzejczyk's killer instinct, Lemos footwork and patience show she has practically nothing in common with Andrade and her bulldozer mentality.

The second round began the same way for Rodriguez; for Lemos, instead of backing up and resetting when faced with Rodriguez' spamming, she'd figured out her timing so stood her ground, countered and soon knocked her opponent out of position, allowing her to get a takedown. She didn't do much damage but did establish control for over three minutes and looked to be working towards a neck crank when the bell rang.

Scrambling to avoid a submission clearly fatigued Rodriguez. Slower and less powerful, Lemos had nothing to fear and roughly 30 seconds into Round 3, she finally went Andrade Mode, clobbering Rodriguez with a right haymaker-left hook combo. She was stunned and back-pedaled towards the cage, hands covering her head. Lemos chased with a flying knee and referee Jason Herzog moved in to call it before she could properly begin teeing off on Rodriguez.

With this TKO win, Amanda Lemos is likely to leapfrog to the top of the division, exactly where she should have been in April. The UFC have waited years for a new, legit contender at strawweight, and extra seven months didn't hurt.

[Header: Amanda Lemos jumps on the Octagon wall to celebrate her TKO win over Marina Rodriguez in the main event of UFC Fight Night: Rodriguez vs. Lemos at the UFC Apex facility in Las Vegas, Nevada, U.S., on November 5, 2022. /Zuffa]