Download
Beyond mainstream America: the invisible, the miserable
CGTN Insight 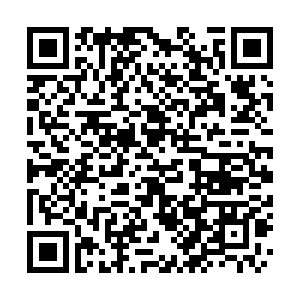 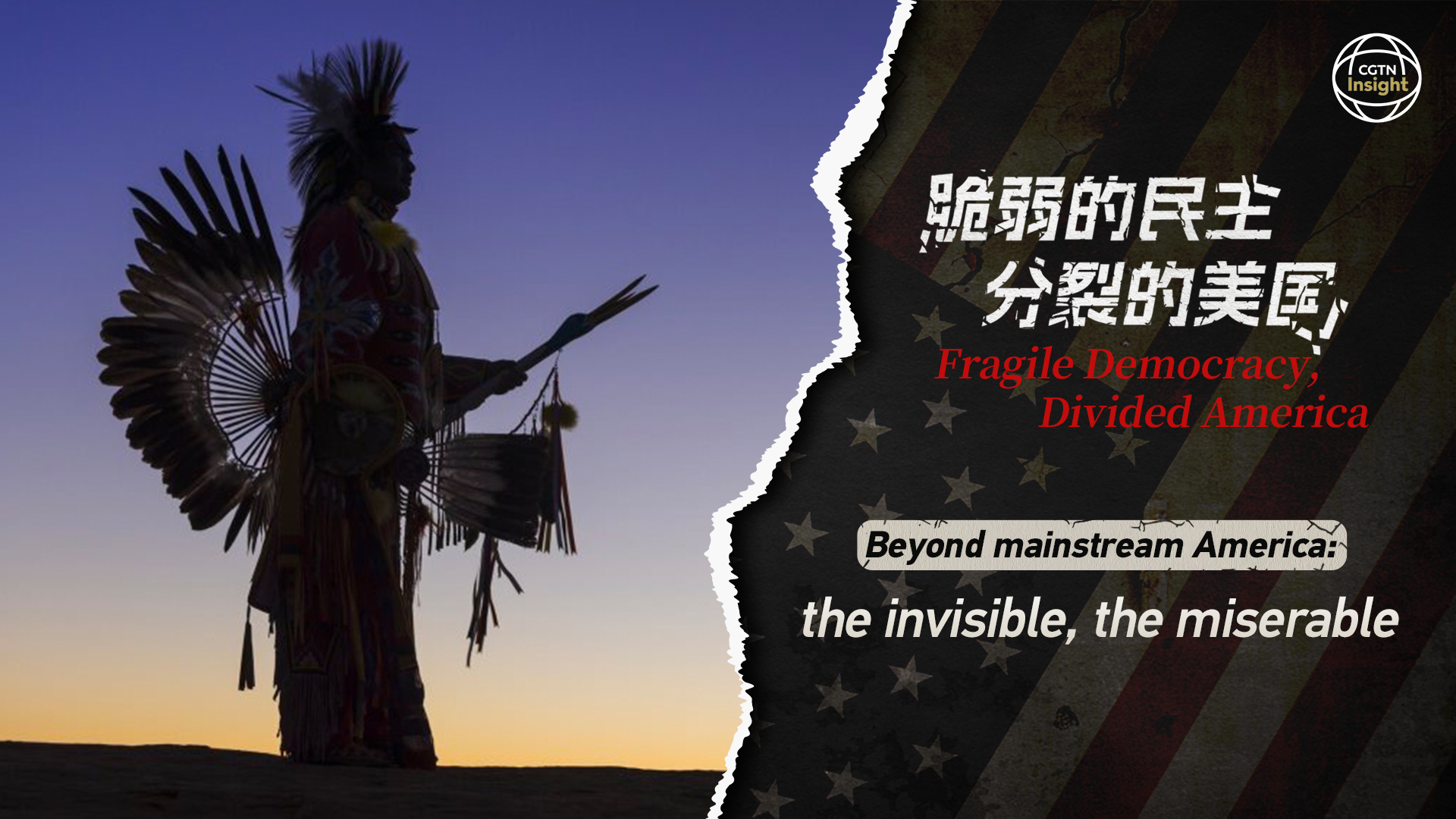 Editor's note: The United States has for long championed the cause of democracy; however, the ground reality reveals an ugly undemocratic side that is widely prevalent across the U.S. CGTN's five-episode documentary series "Fragile Democracy, Divided America" showcases the deep political, social, economic, and cultural divisions in a country that is arguably the world's oldest democracy. The series illustrates the contradictions of the U.S.'s self-proclaimed mission of promoting the "American model of democracy" globally with how an exalted political idea has been subverted in practice and backfired at home. The first episode focuses on the underrepresented minority groups that are nearly "absent" from the U.S. mainstream.

"Everybody seems to be in pretty good shape."

Native Americans have the highest death rate due to COVID-19 compared with other ethnic groups in the U.S. Moreover, their life expectancy has fallen six and a half years to just over 65 years between 2019 and 2021, the lowest among all. Yet, their voices have been "silenced." They are nearly "absent" from the U.S. mainstream media outlets.

The American continents have belonged to the Native Americans before the Europeans set their feet on this land. And if you take a look at the map of the U.S., you will find that the vast western territories of the country – except those taken by the 13 states who got their independence from the then British Empire – used to be the homelands of the Native Americans.

As the colonizers from Europe forged west, a conflict with Native Americans inevitably broke out. This dark history is what modern America dares not mention.

Statistics show that since 1776, the U.S. government has launched over 1,500 violent attacks against the Native Americans.

Before the arrival of white settlers in 1492, there were over five million Native Americans. Yet by 1900, the number plummeted to 237,000.

Alfred de Zayas, a professor of international law in Geneva and a retired senior lawyer with the Office of the High Commissioner for Human Rights, said: "We're talking about Iroquois, Mohawks, Pequots, Sioux, Seminoles, Crees and Cherokees, etc. They all have a name. And they had a very well-organized society. When the Puritans arrived there, they benefited from considerable assistance from the indigenous communities. But soon enough, they wanted their land. I mean Europeans tend to be very materialistic and very greedy. So we (Europeans) wanted more land. We get encroaching on the lands of the indigenous. And when they (the indigenous) started resisting, we started massacring them."

On November 29, 1864, the U.S. army launched an unprovoked attack against an Indian encampment, called the Sand Creek Massacre. More than 100 American Indians were killed. Two-thirds were innocent women and children.

This is just one instance of the U.S. genocide of Native Americans.

The genocide against Native Americans is an original sin of the U.S. that can never be erased.

Physical genocide is the visible hurt. The invisible wounds such as spiritual and cultural genocide and deprivation of rights are all horrible.

In the 1870s and 1880s, the U.S. government adopted a policy of "forced assimilation" to destroy the cultural identity of American Indians.

Native Americans have been "silenced" and "systematically erased." Through a systematic policy design and bullying acts of cultural suppression, the indigenous culture was crushed. 200 years ago, Native Americans lost their homeland. Now they are confronting a more severe problem: the loss of identity.

Between 1930 and 1976, the U.S. Bureau of Indian Affairs forcibly sterilized approximately 70,000 Indian women through the "Indian Health Service program." In the early 1970s, more than 42 percent of Indian women of childbearing age were sterilized.

According to a report by the National Indian Education Association, 87 percent of state-level U.S. history textbooks do not mention the post-1900 history of indigenous people.

Native Americans are not the only victims suffering from discrimination. In today's America, racial discrimination is splitting an already divided society.

"I can't breathe." These were the last words of George Floyd, a 46-year-old African American, who was killed after a white police officer had knelt on his neck for nine minutes and 29 seconds.

Radhika Desai, a professor of political studies at the University of Manitoba in Canada, said: "Racial discrimination is rooted in the history of slavery, going back to the foundation of the United States. But with the onset of neoliberalism, with giving capitalism all the freedom and constraining workers' freedom ever more, creating inequality, all of these things have hollowed out democratic processes in a big way. In the United States, the racial element is a major ingredient, but it's a part of this larger picture of the hollowing out of democracy, rising social injustice, increasing violations of human rights, etc."

The blood of Native Americans, the cry of African Americans, and the hard life of minority groups are all missing in the U.S. mainstream. But, it is the Native Americans that provided the U.S. lands, the African Americans that helped with U.S.'s economic growth and the minorities that together shaped today's America. The minorities are not just a part of America, they are America. And that is the real world.