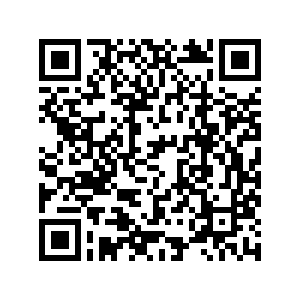 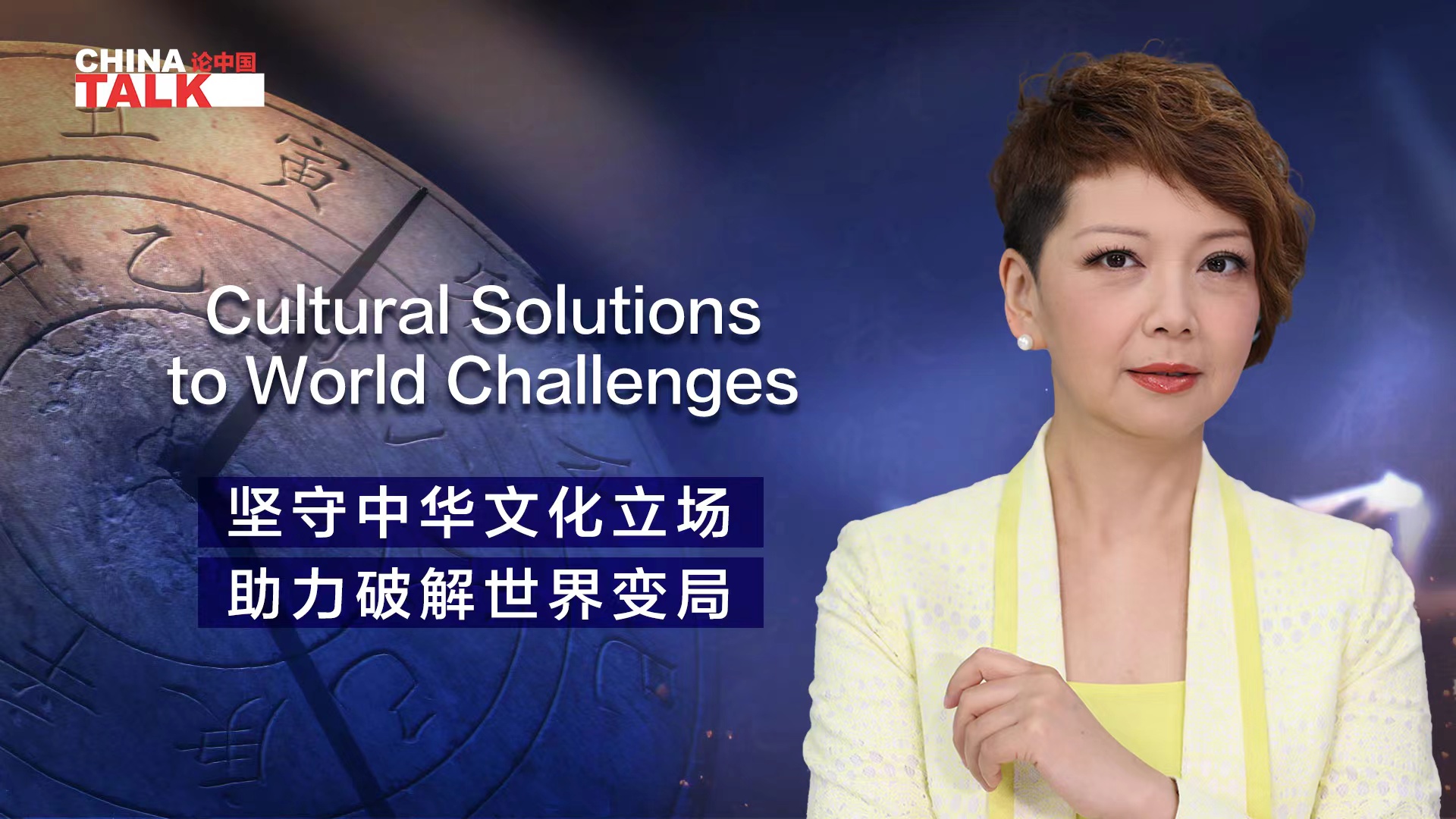 The recently-concluded 20th National Congress of the Communist Party of China outlines the goals China holds dear. Among them, to "extend the outreach and appeal of the Chinese civilization". To me, it's not only an even stronger appreciation of traditional Chinese culture, but also a necessary contribution for China to extend to the world at this critical juncture.

May I invite you to take a look at these two photos. He is Kong Zi, the wise Confucius, born 2573 years ago. He (another he) is one of his descendants, the 76th generation.

He is the widely respected, quintessential philosopher and educator.

He is a young political scientist living and working in today’s China.

When I visited their hometown Qufu recently, I interviewed him, and asked the modern-day man about his ancestor, the legendary man. At the end of our conversation, he, the 76th generation young political scientist said, “You know what I would ask him (meaning his world-famous ancestor) if I had a chance? I would ask him: Has Man A Future?” Is the world a better place? (中文：这个世界会好吗in Chinese.)

That question took me by surprise, a pleasant one. Because as a journalist, come to think of it, I have been talking to so many big names — or people from all walks of life, really — but that is the underlying question in every conversation.

And it becomes such an urgent question in recent years while the capability to find answers to that question, collectively in the world, is becoming increasingly questionable. When we need it the most, as pandemics, geopolitics, and, dangerous information bubbles fragment our lives.

Of course, he — Confucius — was not able to give a direct answer to his 76th generation grandson. In fact, he did even not need to answer. One only needs to take a closer look at his world, and what he and his generation did, for answers.

As many of you know, the Spring and Autumn and the Warring States is one of the longest dynasties in ancient Chinese history. It’s recalled today as a time of turbulence and chaos: more than 140 rival states locked in bloody wars. Massive loss of lives. Widespread poverty. Wanton desperation. Ruthless campaigns to destroy the enemy, both soldiers and civilians. It was under these dire conditions that Confucius, along with his peers, began to nurture their ideas and speak out about them.

For one, Confucius put Ren at the top of priorities, as it was the most lacking then. It epitomizes an individual who is internally good and empathetic, and he has a big potential for compassion. He also focused on virtuous character, one who would sacrifice himself for his principles.

But, Confucius fell short of saving China then. Yet he had the guts to encourage everyone to believe in those qualities at a time when the rules of the jungle seemed to be the rule of the human world.

The State of Qin eventually unified China, took advantage of Legalism, rather than Confucianism. Legalism was upheld then by political realists who sought to attain a “rich state and a powerful army,” to ensure domestic stability in a turbulent age.

Don’t worry, everybody. I’m not about to lecture on the ABCs of ancient Chinese philosophy. But what we need to know, at least, is that Confucius, together with what is known as a Hundred Schools of Thought, included Confucianism, Daoism, legalism, etc. They collectively provided answers to a desperate, crisis-hit world of their time.

No wonder, they all later became the shining stars in the sky of the Great Axial Time, from 800 BCE to 200 BCE. Major civilizations of the world at the time produced some of the most brilliant thinkers to ever have lived: from ancient China — Confucius, Laozi, Zhuangzi, Xunzi, Hanfeizi; from ancient Greece — Socrates, Plato, and Aristotle; from the Middle East — Jewish prophets like Isaiah, and Zoroaster from Persia; from ancient India, there was Buddha. They all laid the philosophical bedrock of our civilizations yesterday and today. They have been trying to answer the question collectively: Has Man A Future?And obviously, they are, together, the best reference we can go to, for our answer today to that question.

But we, sadly, have failed to recognize that. Because the world has, for some time now, failed to think in-depth beyond the West-dominated narratives and perspectives. And that has, in turn, failed in helping us look for the best solutions to problems of our world today.

There is an obvious deficit of information in history and cultures, with way too limited scope. Examples are abundant. Here is one. In 2013, Time Magazine, well known for churning out the most influential person of the year, put out a list: “100 most significant in history”, names ranging from Washington to Lincoln, Napoleon to Jane Austen, Justin Bieber to Britney Spears — they were all on the list. But no one from Asia made it to the list. None. Not even one. Now according to the publisher, the list was not made by historians and experts, but rather selected through a process similar to how Google ranks web pages, by integrating a diverse set of measurements about their reputation into a single consensus value. Now, I do not want to single out any specific survey. But the result of this list clearly shows: some memories today only reflect a too limited part of our world yesterday.

If that is the case, how can we solve the piles of problems facing all of humanity if we’re only limited to the inspiration and wisdom from some parts of the world?

That deficit of information and the loss of a diversity of narratives lead to even bigger problems of lack of self-awareness and for sure, self-esteem in ones’ own cultures. Shining African writer Chimamanda Ngozi Adichie, after winning an important literature prize, famously spoke out about that: “how stories are told, who tells them, when they're told, and how many stories are told” — all has something to do with the power of the narrative. She also confessed that, growing up, her truth was defined with only the literature available to her. As a result, she wrote her first stories with characters playing in the snow rather than things reflective of her life in Africa. Luckily, this was later brought to her attention. Otherwise, the world will lose out on the wonderful heritage of the African continent as told by another brilliant African writer.

Self-discovery, self-awareness and self-esteem of our own cultures — these are not only important for the ones from those cultures; it is a great service to all, as we need to bring the utmost creativity and diversity among us all to deal with the challenges we face today!

“The present should embrace all of the best of the past.” We should make use of “our differences to make a difference.”

I see China today has realized — not only deepen exchanges and mutual learning — but also proactively present Chinese culture to the world, as it is part of our common heritage, contributing her part to collectively take on challenges.

It’s important for us to take note of papers from the recent 20th National Congress of CPC. There are guideposts to the matters we have been discussing today. And I want to quote here:

"We will stay firmly rooted in Chinese culture. We will collect and refine the defining symbols and best elements of Chinese culture" and share it with the rest of the world.

For a journalist like me, I am excited about this trend. Now, I know for sure, doing it is going to be even more exciting than coming to understand the significance of it.

Of course, how much and how well do I know my own culture, its past stories? How well can I tell those stories? And, how can I encourage you, you, and you, to come to this stage and share our collective cultural stories of yesterday and today?

I know it’s far from easy. But it’s going to be fun! Just like in the Journey to the West, the epic Chinese fantasy novel about the journey of Buddhist monk Xuanzang, traveling west to India with his four disciples, including the famous Monkey King, in search for holy scriptures, but on the way, overcame numerous challenges and tests.

I guess there would not be any fewer challenges for us. But it’s going to be fun.

As, on the road, we will all be better answering that underlying question: Has Man A Future?