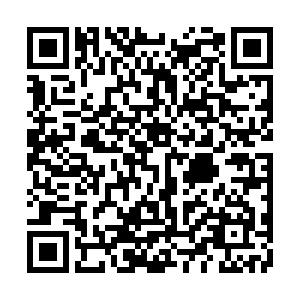 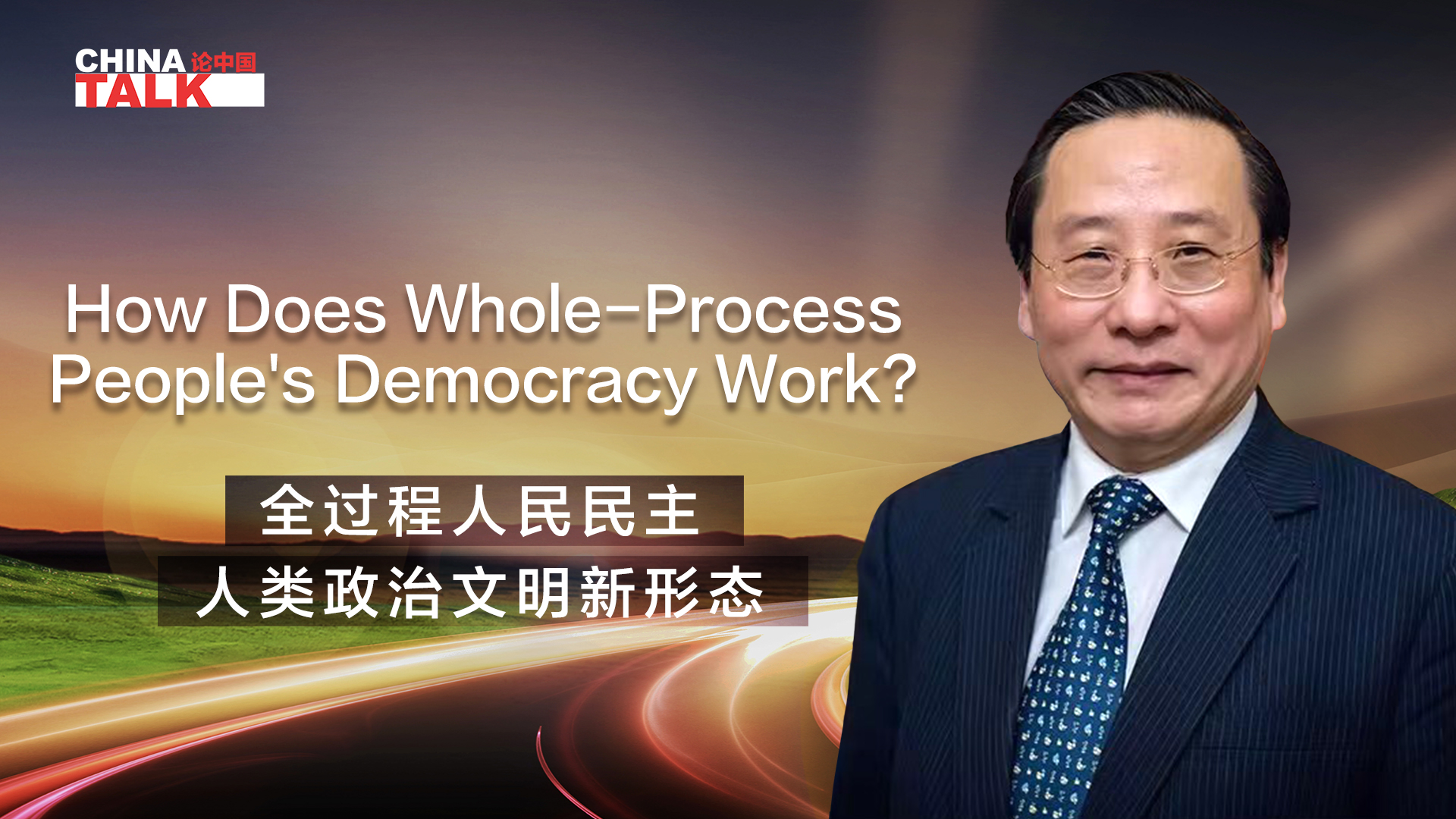 Editor's note: Whole-process people's democracy is democracy in its broadest, most genuine, and most effective form. How does democracy work in China? How do Chinese people run their country? Victor Gao, Chairman of Yale Law School Association of China, tells his experiences and insights. The commentary reflects the author's opinions and not necessarily those of CGTN.

The 20th Party Congress of the CPC just concluded with great success, and has generated profound impact for China and the world for the coming five years and beyond.

In the month of October, mostly regarding the 20th Party Congress, I did more than one hundred interviews with TV, radio and print media, both with Chinese news agencies, and BBC, Bloomberg, and many other international agencies. Some foreign news agencies even called me a spokesperson of the Communist Party of China, which is not true. In reality, I'm not a CPC member. I'm a member of a democratic party of China. You may believe that there are only members of the CPC in China, which has more than 96 million members. The reality is that other than the CPC, there are eight democratic parties in China, all predating the founding of the People's Republic of China in 1949. Understanding this actually helps you understand the democratic system in China with Chinese characteristics.

One of the catchy phrases in the report of the 20th Party Congress, if you pay attention, is democracy, which appears 49 times in the Chinese version of the report. "Chinese democracy" may raise your eyebrows. Over the years, especially during the 20th Party Congress, I have been asked about what is China's political system? Is it a democracy? Some western countries allege that China is absolutely not a democracy. Some even use the words like totalitarianism, or authoritarianism, or state capitalism, etc., to vilify China. You may know, I spent four years at Yale, studying the U.S. constitutional law and the U.S. legal and political systems, as well as comparative politics and political economy. On many occasions, I feel kind of compelled to help you to understand the real situation in China, especially in comparison with other countries and other systems.

First of all, philosophically speaking, no country in the world has a monopoly of democracy, and no country has any justification in holding itself out as if it had the perfect form of democracy. Democracy needs to work, and the only litmus test of democracy is whether it can generate real benefits for the people.

You know for sure that over the past ten years, between 2012 and 2022, China's economy doubled in size. By now, China is the second largest economy in the world, and the largest economy measured by purchasing power parity. If anyone believed that China could have achieved the complete and profound economic transformation over the past four decades, completely eliminating abject poverty, and created the largest number of internet and smartphone users in the world, with more than 150 million people in China travelling throughout the world every year, without democracy, without the Chinese people actively participating in the decision-making process, something must be wrong with your analysis and conclusions.

As far as China is concerned, we believe that the democratic system in China works. We believe that practice is the only litmus test of truth, and the only test of whether a political system works for the people is to see whether it leads to greater wealth, greater social justice, and greater harmony with the environment, or, as we say in China, greater harmony under the heaven.

You may want to know how do the Chinese people do it? The first thing to know is that while the CPC in China is the ruling party, we also have eight democratic parties, the All-China Chamber of Commerce composed of private entrepreneurs, and very large groups of people without political affiliations. If you imagine China as a car, then all the wheels of the car are aligned in the same direction, moving forward in synchronization and coordination with each other. Whereas in some other countries, without commenting on the substance of their political systems, of course, using the same example of a car, the wheels seem to be lined up in opposite directions, resulting not in synergy or coordination and greater results, but inefficiency, incompetence, a lack of achievements, and no fundamental benefits for the people.

In China, everyone is encouraged to do more for the country and to offer ideas, suggestions and recommendations for improvement. If you are a communist party member, you have a well-structured process to make your voice known within the system. If you are not a communist party member, don't worry, you can join one of the eight democratic parties. If you have your own business as tens of thousands of people in China do, you can join the All-China Chamber of Commerce. If you do not belong to any political party, do not have your own business, you can make your voice known as an unaffiliated person.

It is important to note that the CPC at all levels actively consult with the eight democratic parties and people in all walks of life in China before making important decisions. In my case, over the years, as a democratic party member, I have been consulted on numerous occasions, regarding the draft reports of the government, and many government initiatives, mostly in the drafting stage. I have submitted numerous policy recommendations through this dynamic and interactive whole-process people's democracy in China, covering matters involving China's reform and opening to the outside world in many respects. I have done this with my background as a lawyer, a banker, a private equity professional, as a professor, but most importantly as a patriot, eager to do my bit to contribute to China's democratic progress and achievements. Some of my recommendations have been reviewed and accepted at the very highest level in the political system in China.

For example, on February 19, 2020, in the darkest days of the pandemic in China, I recommended to the Chinese government to conduct a National Mourning on April 4, 2020, to honour those who passed away in China because of the COVID-19 infections. I'm sure many others shared my concern. As it turned out, the National Mourning was indeed conducted on April 4, 2020, exactly as I had proposed. I am sure many people in China, in all walks of life, either within the CPC system or without, are doing exactly what I have been doing over the years, for China's modernization and for achieving the Chinese dream.

Allow me to emphasize that every country in the world has its own right to choose its own path of development. No country has any right to impose its political system onto other countries. As for China, China will not impose its system onto other countries. On the other hand, China will never allow any country to impose its system on China. Why? Because, first of all, it will not work for China, and secondly, the Chinese people will not have it.

In the world of today, the differences, the diversities, and the unique characteristics of different countries should be our strength and should make mankind stronger. As for China, China is different from many other countries, especially from the western countries. However, this should unite us, rather than divide us. This should require us to promote mutual respect and understanding. I believe that everyone will agree that, as far as China is concerned, ultimately, the only thing that matters is whether the democracy with Chinese characteristics work for the fundamental interest of the Chinese people. I am sure other countries, anywhere in the world, prefer to have their own systems, and want to see their systems work.

The 20th Party Congress report emphasized the utmost importance of advancing whole-process people's democracy and ensuring that the people run the country.

Thank you very much!