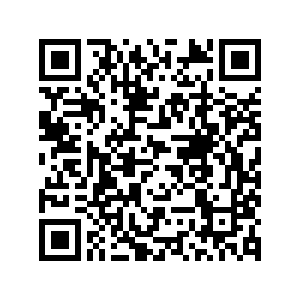 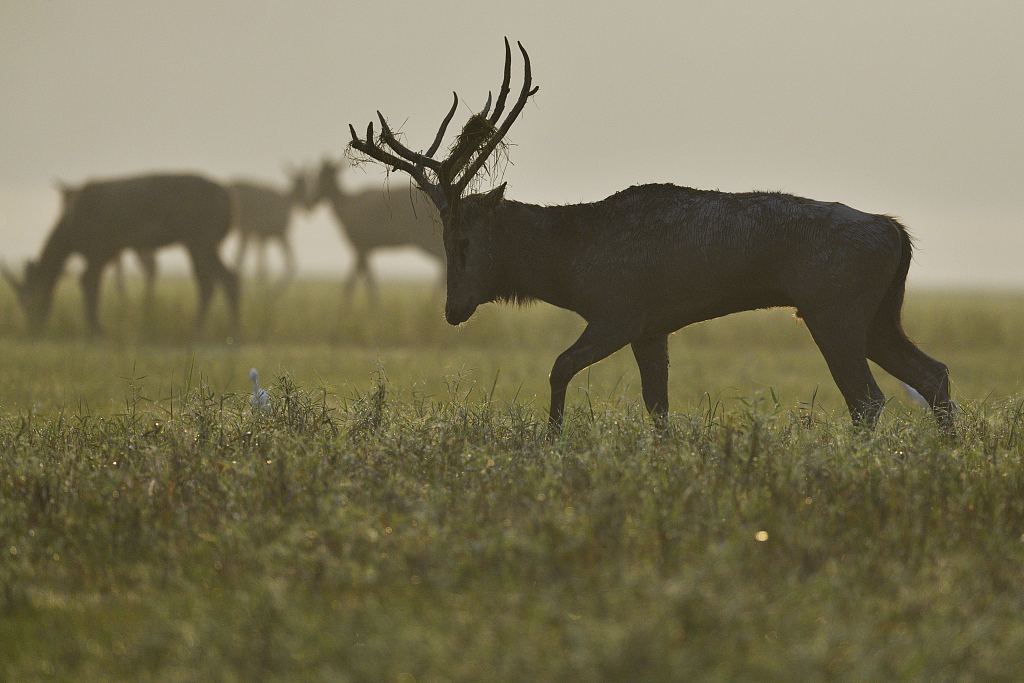 Recently, a group of milu followed by several cubs while eating and playing near a pond in Shishou Milu National Nature Reserve. Staff from the reserve said that due to the ecological construction of the Yangtze River, 307 new members were added this year.

"Shishou Milu National Nature Reserve is an important wetland in the Old Route of the Yangtze River, covering an area of 23,000 acres, which is a perfect habitat for the Milu. In recent years, with the ecological restoration of the wetland, the biodiversity has become richer. The milu here have basically recovered their wild habits and reproduced naturally," the staff introduced.

In 1991, Shishou Milu Nature Reserve was established and upgraded to a national nature reserve in 1998. After 30 years, the number of milu has increased from the initial 64 to more than 2,500, forming four population distribution areas.

He said the natural growth rate of the milu population is 15 percent annually. In order to solve the problem of insufficient capacity of the reserve, Shishou City has transferred 8,000 acres of land to the reserve for expansion. According to statistics, there are 321 species of higher plants and 330 species of vertebrates in the reserve.

The milu was once called "four unlike" in Chinese because it has the head and face of a horse, the horns of a deer, the neck of a camel and the tail of a donkey. It feeds on grass and prefers wetland environments, which used to be found in the north and south of China. As a result of ecological degradation and widespread hunting, the population of milu reduced rapidly.