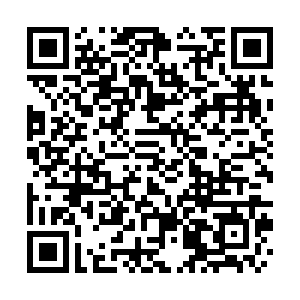 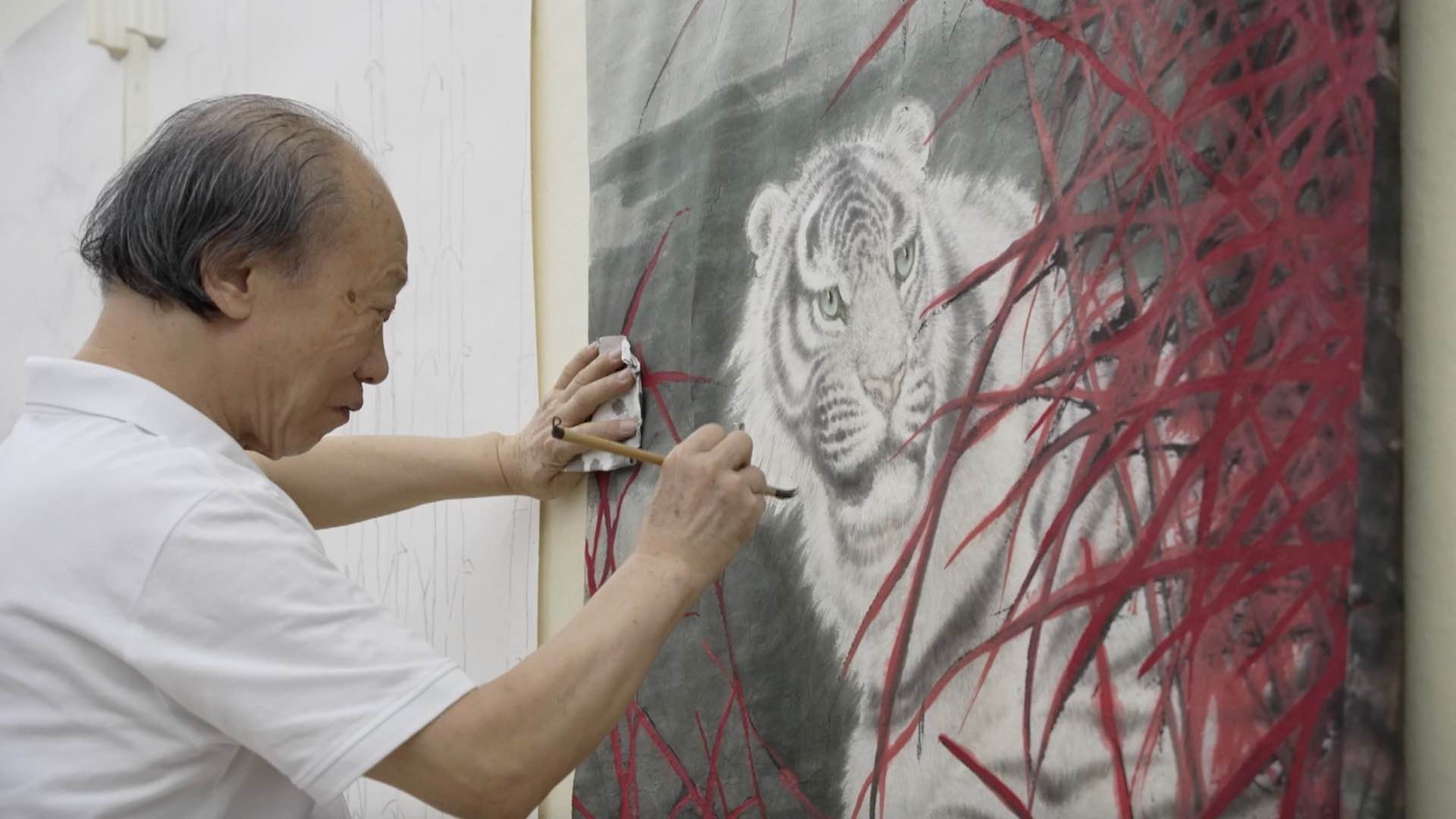 In northeast China's Liaoning Province, there's an artist who's dedicated over six decades to drawing the fierce, striped king of the beasts — tigers. Throughout his hundreds of paintings, Feng Dazhong, a national first-class artist, has demonstrated diverse techniques and innovative brushstrokes. His works are dubbed "the best tiger in the world." 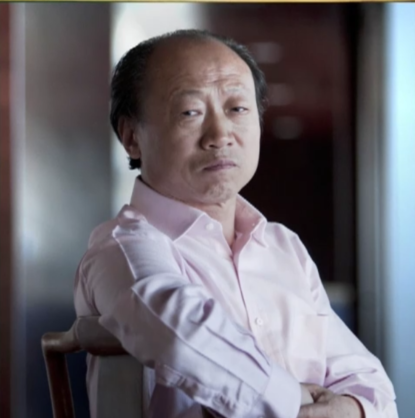 The tiger, known as the king of the beasts in China, is often regarded as a sacred animal that symbolizes divine protection and social class. It is adored by Chinese people and has featured heavily in Chinese culture. But Feng's tigers are more human-like -- mighty yet benevolent, courageous yet gentle. Tigers under his brushes also contain cultural connotations. His artworks have given the tiger a new image.

"For the zodiac stamps, the first one is intended for the nation's prosperity. You see, the tiger is about to go up the mountain, aiming high with great aspirations. And the second one is intended to show family happiness. And you see a mother tiger taking her two cubs, auspicious signs for a thriving and harmonious family," said Feng.

The idea of drawing tigers can be traced back to Feng Dazhong's childhood. Born in 1949 in Liaoning, he was fond of drawing as a child. He even got to be an art class representative. His art teacher in primary school, Li Xiaoru, was adept at drawing tigers and influenced him a lot. And through his teacher, Feng found his lifelong goal. 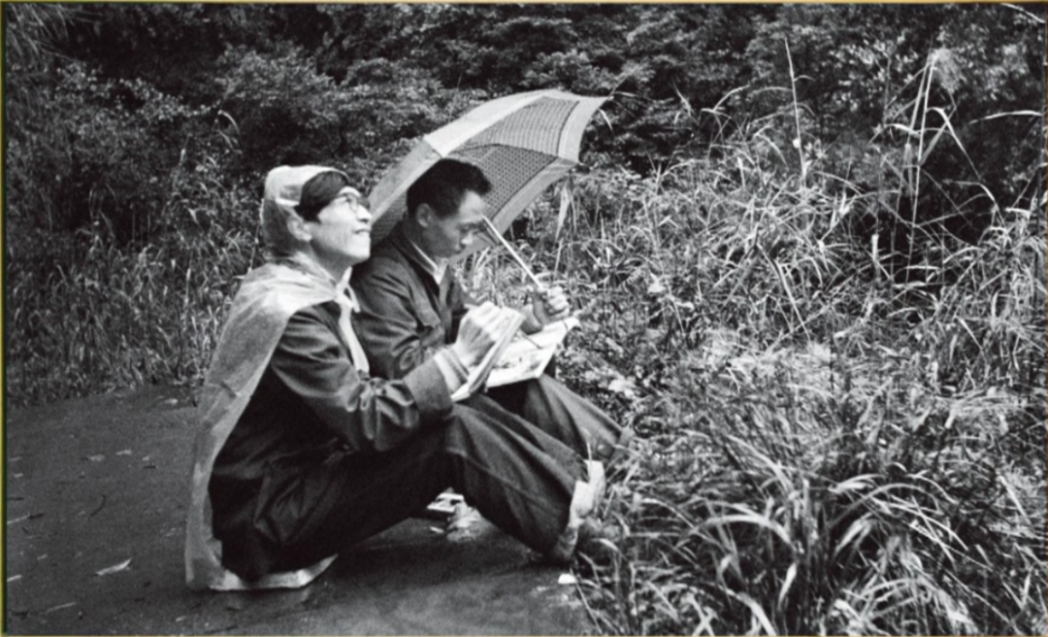 In the beginning, Feng didn't know anything about basic techniques or compositions, and he just imitated from the works of others. His teacher told him that his paintings could not be sold for the price of a single piece of paper. After this criticism, Feng realized that he lacked much in painting foundations. Many people's learning path starts with imitation, but the tricky point is that it is easy to get lost in the experience of others. But Feng is different. In the following years, he kept honing his painting skills during his spare time, trying to create his style. Whenever he had a moment, he would lock himself in the room to practice the basics or go into the mountains and forest to make sketches.

Through relentless efforts, Feng significantly improved his painting skills and gained much experience depicting nature. Then came a turning point for Feng, and years of hard work paid off. During the 6th National Exhibition on Fine Arts in 1984, more than 3,700 works were displayed in 15 categories. The painting "Awakening," created by Feng Dazhong and Song Yugui, as well as the "Spring Snow," created by Wu Guanzhong, and "A Monument of Taihang," created by Jia Youfu, were awarded silver medals. The silver medal was the top prize for mountain-and-water paintings at the exhibition. "Awakening" became part of the permanent collection of the National Art Museum of China. The painting saw Feng Dazhong rise to fame in China's art scene. But this did not turn his head.

Since the 1980s, Feng Dazhong has returned to his initial dream of painting tigers. And he has turned his attention to sketching Siberian tigers in the Changbai Mountains. As Feng learned from zookeepers that the tigers are at their sharpest mental state during the morning, he would wake up early and ride his bike to sketch the tigers in the local zoo. It became part of his daily routine for many years. 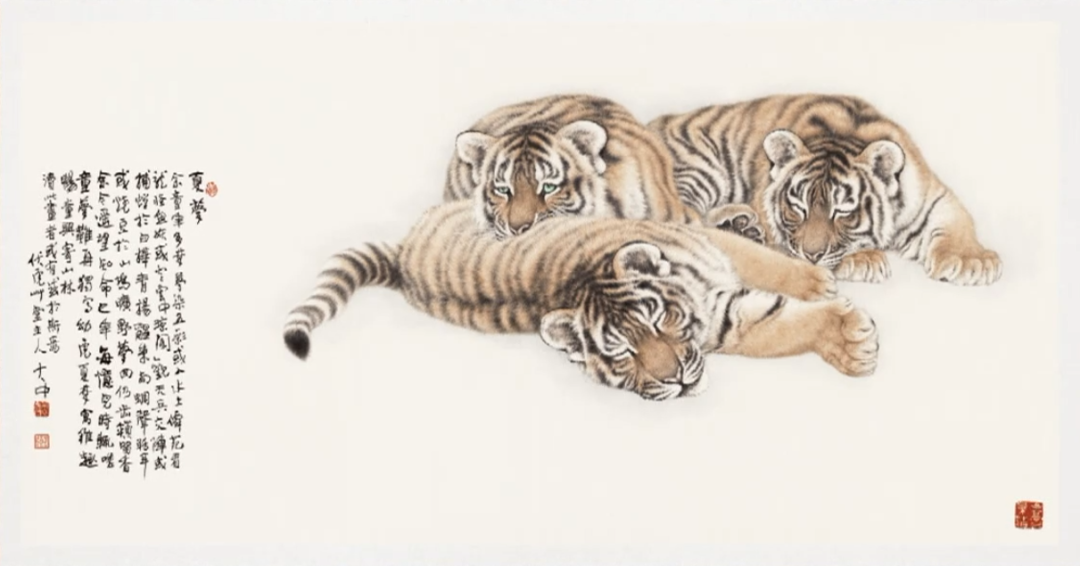 Since the 1990s, many painters and art students have copied and referenced Feng's tiger paintings. Some of his works even got put into calendars and became immensely popular. After turning 40, Feng paid more attention to exploring different layers of the animal, apart from showing the fierce and powerful side of the tiger. The search and exploration of ancient works, combined with his own sketching experience, has created a unique artistic style.

"From past to present, masterpieces are works of time and experiences. Great literature and art are the manifestations of their creators' rich and inspiring inner worlds. All the works handed down from age to age are bound to be dedicated to the work of perseverance. We only have to be persistent, endure loneliness, avoid temptation and withstand the hard test. Continue to accumulate strength while waiting. Only by doing so can we usher in the birth of high-quality masterpieces," said Feng.

Feng Dazhong's peaceful and humble character has impressed many people. And despite failure and hardship in his early days, his artistic creation has always adhered to the heart and its feelings.