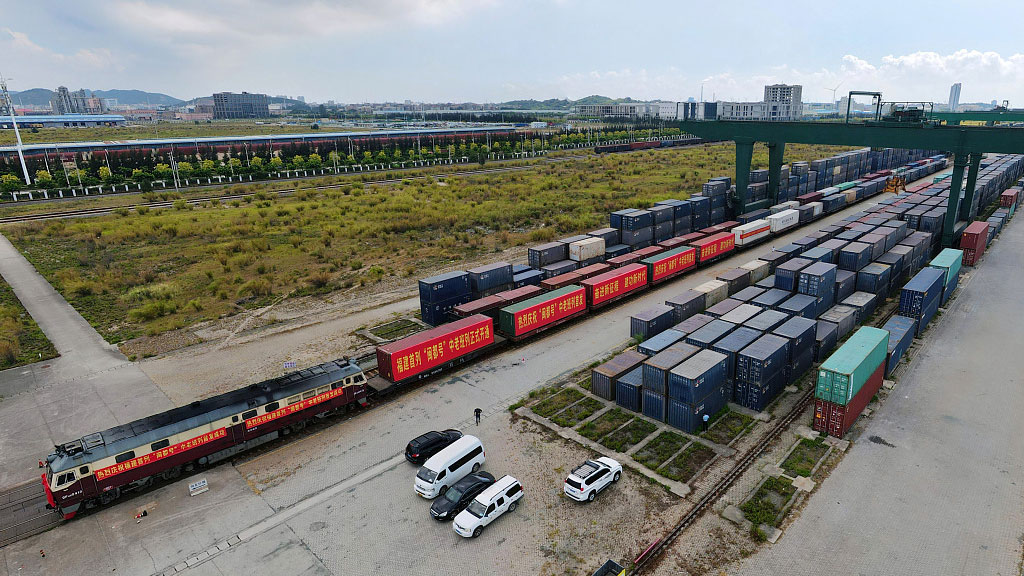 The total quantity of freight transported by the China-Laos Railway had exceeded 10 million tonnes as of Monday, according to local railway authorities on Tuesday.

Among the total, the cross-border cargo transportation volume topped 1.8 million tonnes, with its value hitting 12 billion yuan (about $1.66 billion), according to China Railway Kunming Bureau Group.

Xu Jiefeng, from Kunming East Railway Station, said that the international freight trains of the China-Laos Railway make the logistics transportation between the two countries fast and cost-controllable.

Since the opening of the railway, its freight transportation volume has increased month by month, Xu noted.

So far, 25 provincial-level regions in China have operated international freight trains on the China-Laos Railway, and freight transportation has covered countries and regions including Laos, Thailand, Myanmar and Singapore.

The cargo has expanded to more than 1,200 categories, including chemical fertilizers, electronic and photovoltaic products, and cold-chain fruits.

The China-Laos Railway, which opened on December 3, 2021, stretches over 1,000 kilometers, linking Kunming, the capital of southwest China's Yunnan Province, with the Laotian capital Vientiane.