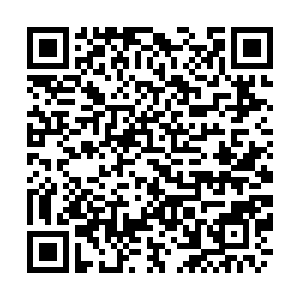 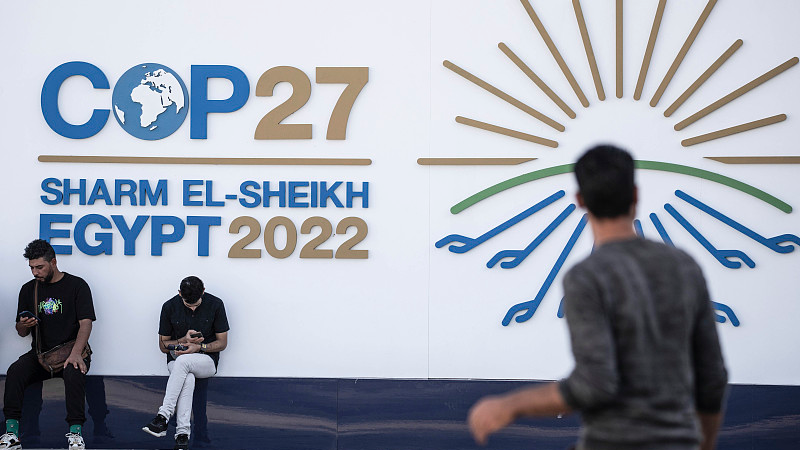 The 27th Conference of the Parties to the UN Framework Convention on Climate Change (COP27) is held at the International Convention Center in Sharm El-Sheikh, Egypt, November 6. /CFP

The 27th Conference of the Parties to the UN Framework Convention on Climate Change (COP27) is held at the International Convention Center in Sharm El-Sheikh, Egypt, November 6. /CFP

Editor's note: Wang Junrong is an assistant researcher at the Institute of Strategic Studies, Shanghai Jiao Tong University. The article reflects the author's opinions and not necessarily the views of CGTN.

The 27th Conference of the Parties to the UN Framework Convention on Climate Change (COP27) is held against a backdrop of widespread record-breaking weather disasters across the world, overlapped by the lingering COVID-19 pandemic, geopolitical tensions, a looming economic recession and domestic political reshuffles in some major countries. The situation is so complex that political leaders tend to put the issue of climate change on the back burner, failing to meet their emissions-cutting targets or even reversing course by burning more fossil fuels in the face of energy shortages and soaring energy prices. Notwithstanding the distractions, the trajectory of climate catastrophe is clearer than ever and the COP27 is set to once again sound the alarm and reinvigorate some sense of urgency among global leaders.

In cumulative terms, the U.S. is the biggest greenhouse gas emitter and the biggest contributor to climate change. Despite its enthusiasm to claim climate leadership on the international stage and blaming other countries, China in particular, the U.S. has fallen far short of its share of responsibility and commitment to rein in climate change with solid actions. In contrast, China has taken its responsibility, leading in green energy production figures, with the installed renewable generation capacity accounting for 44.8 percent of the country's total capacity in 2021. China is also the world's largest producer of wind and solar energy.

As the biggest climate event of the year unfolded on November 6 in Sharm El-Sheikh, Egypt, the U.S. cannot keep wallowing itself in deflective and sanctimonious climate rhetoric without being held accountable for the gigantic climate cost it has inflicted on humanity as a whole. It's time for the U.S. to stop playing political games both at home and abroad.

The U.S. has repeatedly singled out climate change as an area to cooperate with China, despite its very limited bona fides. Cooperation happens when there is an overall cooperative atmosphere between two countries, but the U.S. has deliberately destroyed the once cooperative atmosphere with China to push for its "strategic competition" agenda in order to contain China's rise.

In response to U.S. provocations, the Chinese government suspended cooperation on climate change with the U.S. in August in a diplomatic rebuke over U.S. House Speaker Nancy Pelosi's visit to China's Taiwan region. A belief that the U.S. could cooperate with China wherever and whenever it wants is self-centered and misguided wishful thinking, to say the least.

Cooperation also won't happen if the U.S. keeps asking China to do more on climate change when it itself keeps failing to fulfill its own climate obligations and commitments, especially given that China, still a developing country with a huge population, has made a remarkable contribution to emissions reduction and green development at a time when China only registers less than three-fifths of the U.S. in terms of per capita greenhouse gas emissions, according to Rhodium Group.

The U.S. has long led Western industrialized countries' resistance to compensate vulnerable developing countries suffering from the ravages of climate change despite its largest share of overall greenhouse gas emissions in history.

However, in the run-up to the COP27, of which vulnerable countries and the Egyptian hosts have made access to climate compensation a formal agenda item of the two-week gathering, the U.S. pretended to show some openness to fund the "loss and damage" reparations – only if China also makes such payments. United Nations Secretary-General Antonio Guterres speaks during a session at the 27th Conference of the Parties to the UN Framework Convention on Climate Change, November 9, 2022, in Sharm el-Sheikh, Egypt. /CFP

United Nations Secretary-General Antonio Guterres speaks during a session at the 27th Conference of the Parties to the UN Framework Convention on Climate Change, November 9, 2022, in Sharm el-Sheikh, Egypt. /CFP

According to UN Secretary-General Antonio Guterres, our efforts to address the "loss and damage" caused by climate change are a "litmus test" for the COP27. Apparently, at a time when climate cooperation between the U.S. and China remains suspended, the U.S. is playing a political game to muddy the waters, in a blatant attempt to divert global attention from its own climate obligations and sow division between China and other developing countries.

As the U.S. keeps playing political games on the international stage, its domestic political games are putting the consistency of its climate policy into question. The Republican Party, led by former President Donald Trump, a climate change denier who falsely called the crisis a "hoax" invented by China and withdrew the U.S. from the Paris Agreement, is poised to control the House and even the Senate after midterm elections, making it almost impossible for the Joe Biden administration to meet its climate finance pledges, which depend on congressional approval. If the very existence of climate change, now a well-accepted common sense around the world, is debatable in U.S. politics, its long-claimed climate leadership amounts to nothing but empty rhetoric.

After all, with humanity's future at stake, climate change is not a political game to play. "COP27 creates a unique opportunity for the world to come together, mend multilateralism, rebuild trust and unite at the highest political levels to address climate change," Sameh Shoukry, Egypt's Minister of Foreign Affairs and COP27 President, wrote in a letter to delegates. Achieving that outcome will require "solidarity and action, not empty rhetoric," he said.