Download
Facebook parent Meta to cut more than 11,000 jobs in one of biggest U.S. layoffs this year
CGTN 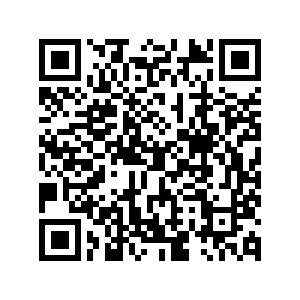 Meta Platforms Inc. said on Wednesday it will let go of 13 percent of its workforce, or more than 11,000 employees, in one of the biggest tech layoffs this year.

The Facebook parent is battling with soaring costs and a weak advertising market, what the company's boss Mark Zuckerberg called "the most difficult changes we've made in Meta's history."

He said the cuts, first in Meta's 18-year history, would affect the company's research lab focusing on the metaverse as well as its apps, which include Facebook, Instagram and messaging platform WhatsApp.

Meta will pay 16 weeks of base pay plus two additional weeks for every year of service, as well as all remaining paid time off, as a part of the severance package, the company said.

Impacted employees will also receive their shares that were set to vest on November 15 and healthcare coverage for six months, according to the company.

"I want to take accountability for these decisions and for how we got here," Zuckerberg said in a note to staff. "I know this is tough for everyone, and I'm especially sorry to those impacted."

Ad-supported platforms such as Facebook and Google are suffering from advertisers' budget cuts as they struggle with inflation and rising interest rates.

Zuckerberg told staff he had expected the boost in e-commerce and online activity during the COVID pandemic to continue, but added: "I got this wrong, and I take responsibility for that."

Meta's profits fell to $4.4 billion in the last quarter, a 52 percent decrease year-on-year. Shares of the company have lost more than two-thirds of their value so far this year.

The company also plans to cut discretionary spending and extend its hiring freeze through the first quarter. But it did not disclose the expected cost savings from the moves.

Zuckerberg is among several top U.S. executives who have this year sounded the alarm on an upcoming recession.

Some of Meta's wounds, as Reuters described, have been self-inflicted.

A pricey bet on metaverse, a shared virtual world, has seen the company forecast as much as $100 billion in expenses for 2023. That has drawn skepticism from investors who are losing patience with investments that Zuckerberg himself expects a decade to bear fruit.

The company is also grappling with stiff competition from TikTok and privacy changes from Apple Inc., while being in the crosshairs of regulators around the globe.