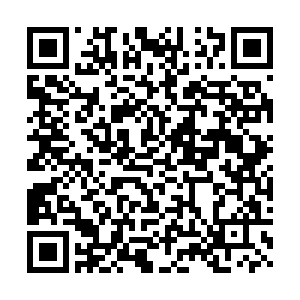 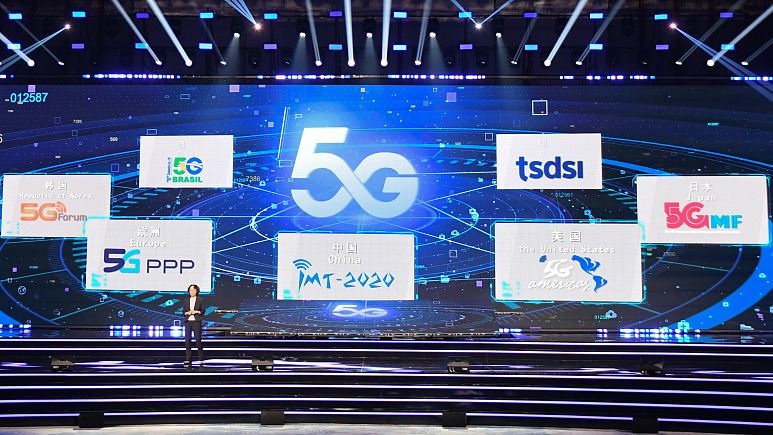 The Release and Presentation of Outstanding Cases of Jointly Building a Community with a Shared Future in Cyberspace is held before the World Internet Conference in Wuzhen, Zhejiang Province, China, November 8, 2022. /CFP

The Release and Presentation of Outstanding Cases of Jointly Building a Community with a Shared Future in Cyberspace is held before the World Internet Conference in Wuzhen, Zhejiang Province, China, November 8, 2022. /CFP

The World Internet Conference (WIC) held its latest summit in Wuzhen, China's Zhejiang province, on November 9 at a crucial moment in human history. The COVID-19 pandemic remains problematic, hence why the event continued to use the combination of the "online plus offline" mode this year. More than 100 countries and regions registered to participate, which confirmed the interest that the entire world has in strengthening cyber connectivity.

China has emerged as the world's leader in the respect across the past decade due to its pioneering efforts in streamlining humanity's digital future. The Fourth Industrial Revolution (4IR) is in full force, accelerated as it was by the COVID-19 pandemic that forced most of the global economy and society to rely on online means for conducting trade and communication. China, which is the second largest economy in the world, showed the international community how this can be effectively done.

Chinese President Xi Jinping's visionary Belt and Road Initiative (BRI) that he first unveiled in 2013 has since evolved across multiple domains, from physical infrastructure to health and most recently cyberspace, among other forms. The groundwork that China established prior to the COVID-19 pandemic has facilitated humanity's transition to a digital future over the past two and a half years. The emerging trend aligns with BRI's philosophy of bringing the world closer together towards a shared future for everyone.

The latest conference represents another major step in that direction. Accordingly, the digitalization of human society since early 2020 is only going to increase. A growing share of the global economy is conducted through online platforms, which aren't just easier for everyone to use, but are also safer in the sense of protecting people from infectious diseases. Furthermore, many people already use social media to communicate with family and friends, not to mention staying abreast of current events. 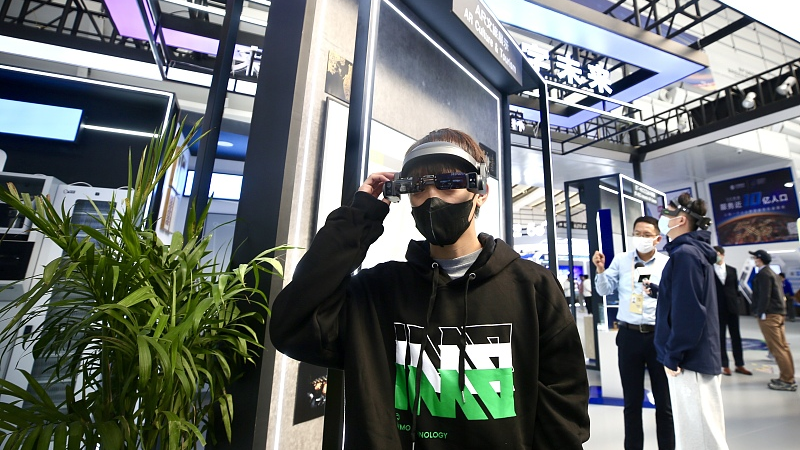 Visitors experience epson industrial glasses at the Light of the Internet Expo before the World Internet Conference in Wuzhen, November 8, 2022. /CFP

Visitors experience epson industrial glasses at the Light of the Internet Expo before the World Internet Conference in Wuzhen, November 8, 2022. /CFP

There's also a governance element as well that many people tend to overlook when thinking about digitalization. From national authorities down to local ones, many governments are increasingly conducting their affairs online or are at the very least creating online portals for their citizens to use in one way or another. Records are also kept in cyberspace and are accessible to the public through those means as well. Considering all of this, digitalization has emerged as one of the most impactful trends in history.

And for this reason that is why it's so important for everything to remain on track, to which end the latest conference sought to accelerate digital connectivity per BRI's philosophy of creating a shared community in cyberspace. The noble goal can be accomplished through several interconnected means, the first of which is to ensure that developing countries continue retaining access to cost-effective cyber infrastructure such as that which is provided by Huawei and China's other digital national champions.

A gap mustn't ever emerge between developing and developed countries in this regard like had previously existed when it came to physical infrastructure over the prior decades. Averting this scenario is mutually beneficial for humanity since the vast majority thereof lives in developing countries, which are also anticipated to become the drivers of global economic growth in the coming future. As Chinese President Xi regularly reminds everyone that "a rising tide lifts all boats," and this is also relevant to cyberspace.

Secondly, there must be agreed-upon "rules of the game" so to speak so that nobody unilaterally disrupts humanity's mutually beneficial digitalization in pursuit of their narrow and short-term self-interests. No single country can be allowed to exercise cyber or digital hegemony, which is why it's crucial for multilateral governance structures to emerge and entrench their authority over this new global commons. The UN, the UN Charter, and related organizations must figure prominently in this role.

Additionally, cyberspace must be secured from the panoply of hybrid threats that afflict modern-day life, but these well-intended efforts also mustn't be exploited to give anyone a strategic advantage over others at the latter's expense. Ensuring data security, preventing foreign meddling, and protecting minors from harmful content are universal priorities. Similarly, the world must also unite in opposing the building of artificial barriers, political manipulation of digital platforms, and creation of cyber-weapons.

China is leading humanity's digitalization through its sharing of infrastructure with developing countries, pragmatic proposals for online governance, and effective efforts to protect this common global space. The latest conference that it hosted accelerates these trends to the betterment of humankind and epitomizes the BRI's spirit of mutually beneficial cooperation with a view towards creating a shared future. This emerging outcome makes the world stronger, safer, more stable and more prosperous.

(If you want to contribute and have specific expertise, please contact us at opinions@cgtn.com. Follow@thouse_opinionson Twitter to discover the latest commentaries in the CGTN Opinion Section.)