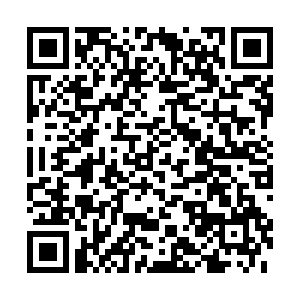 The 20th century has seen significant developments in contemporary Chinese art, with several Chinese artists traveling to the West to learn from and blend with traditional Chinese art forms. Sculptor Wu Weishan is one of them. After touring worldwide for artistic inspiration, he developed a unique and widely recognized sculpture style. And as the director of the China National Art Museum, Wu has devoted his artistic perception to promoting public aesthetic education. 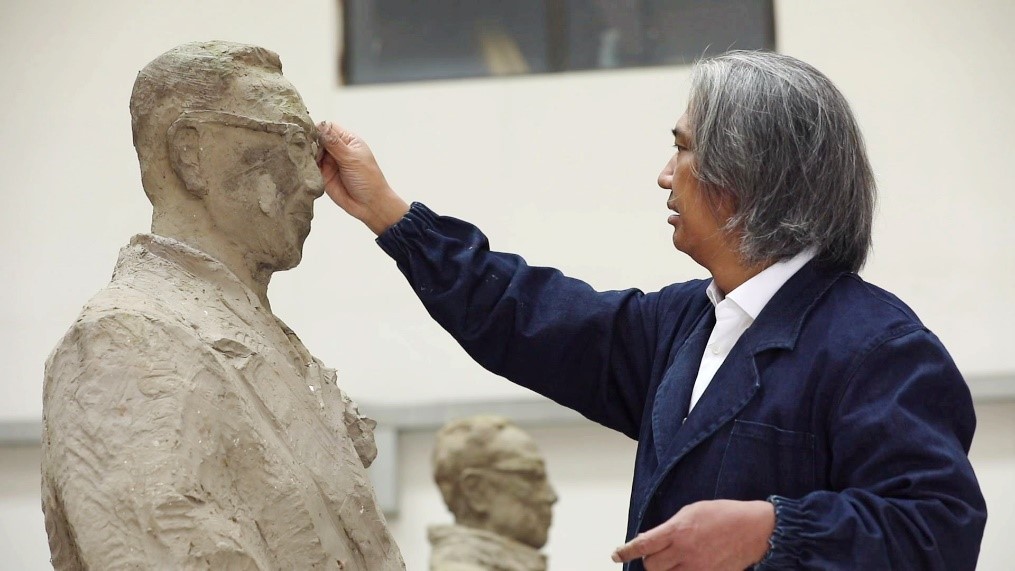 Born in 1962 in Dongtai, an ancient township in east China's Jiangsu Province, Wu grew up in a family with several acclaimed artists. Under his father's influence, he became fond of Chinese painting and calligraphy when he was young. An art graduate of Nanjing Normal University, Wu was a big fan of French sculptor Auguste Rodin. Like most art students, he started out imitating the artists he admired. He traveled to Europe in 1996 and then to the United States to visit the galleries and art studios there. 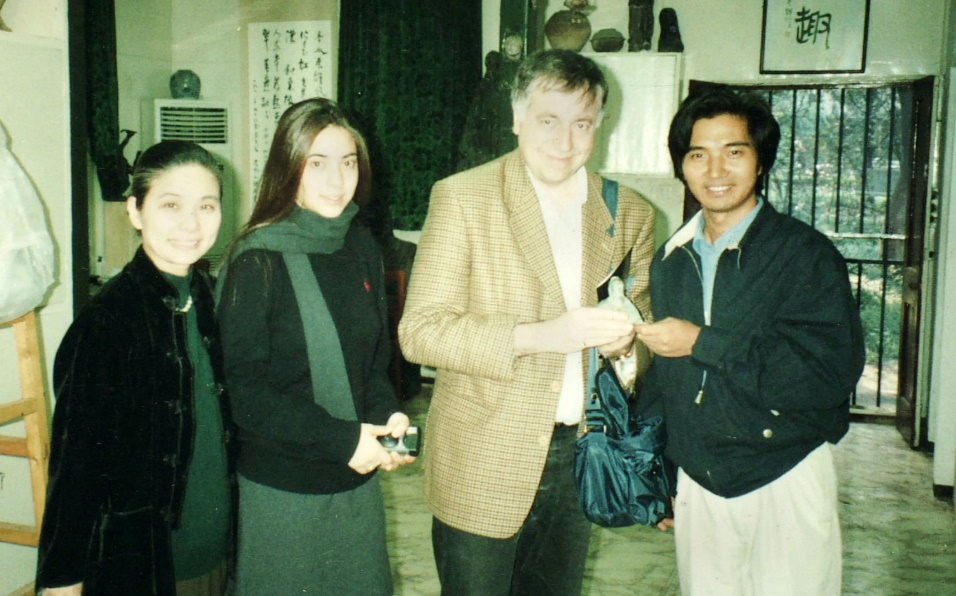 However, the more he traveled, the less he felt proud of himself for imitating someone else. After being exposed to numerous artistic thoughts, he was thoroughly inspired by a German-American artist in San Francisco. The artist in his nineties told Wu he should return to China, as it is home to real art. Wu wrapped up his trip in April 1998 and returned to his home country.

After returning to China, Wu decided to follow in the footsteps of other famous sculpture students. He went to Maiji Mountain and other grottoes where ancient Chinese Buddha sculptures are located. He had been to these grottoes when he was in college. But this time, with a new perspective after his Western learning experience, Wu strongly felt the charm of these traditional Chinese sculptures at their birthplace. He found his roots.

"I recognized that we should focus on our own culture while absorbing concepts from other civilizations and simultaneously combine what we have learned from the real world. Only in this way can we create artworks that belong to this era, to our nation, and all human beings. That was when I proposed freehand sculpture," said Wu.

Xieyi, or freehand brushwork, has been the most prominent feature of traditional Chinese painting for thousands of years. For Wu, the freehand sculpture is not only a method but also a love and respect for the Chinese culture that has resulted from a deep understanding of it. Wu applies such artistic philosophy in sculpture and has developed a highly recognizable sculpture style. He caught the world's attention for the first time in 1996 when he commissioned a sculpture for Queen Beatrix of the Netherlands. And being elected a correspondent member of the Academy of Fine Arts at the French Institute two decades later proved his sculpture style to be one of the symbols of Chinese contemporary art. 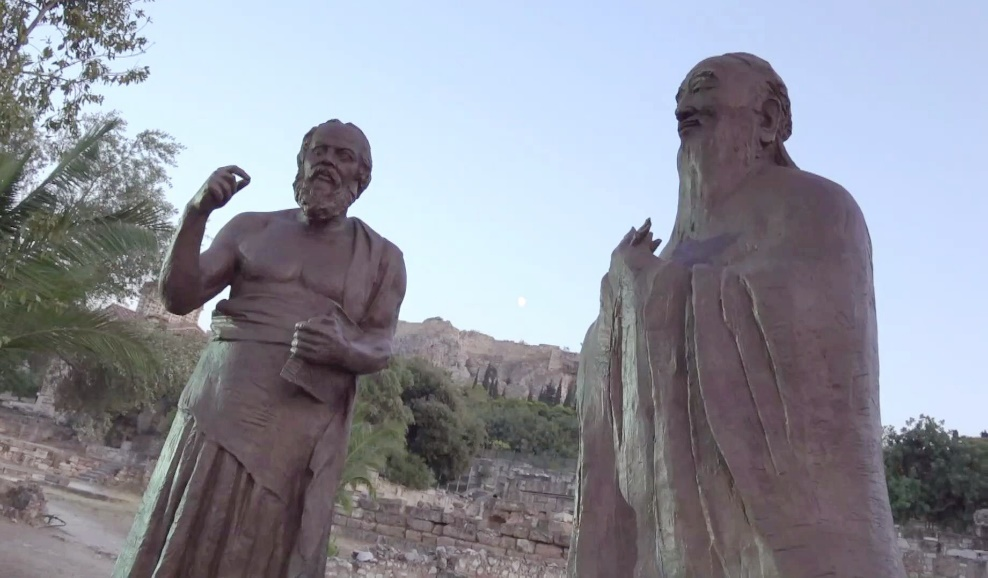 "Confucius and Socrates," a representative work of Wu. /CMG

"Confucius and Socrates," a representative work of Wu. /CMG

Wu's creations include the sculptures of Confucius, Lao Tzu, and other well-known Chinese sages and the series featuring dialogues between great masters from the East and the West. For example, Italian master artist Leonardo da Vinci and famous Chinese painter Qi Baishi were placed together in one of Wu's works. Although these two men lived about 400 years apart and come from different backgrounds, Wu believes their communication is possible because they share similar artistic and philosophical values.

So far, Wu has completed more than 600 sculptures featuring landmark figures in Chinese history, and more than 50 of them have been collected by different museums and other institutions in 26 countries and regions outside China. Wu calls that "a dream come true." 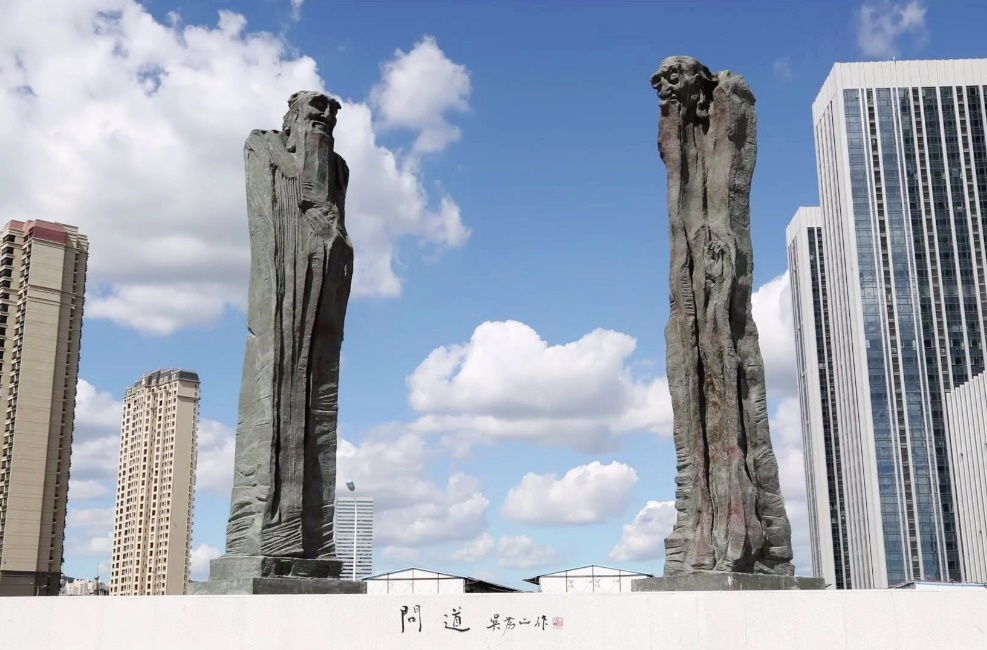 "Confucius Asking Lao Tzu about the Rites," a representative work of Wu. /CMG

"Confucius Asking Lao Tzu about the Rites," a representative work of Wu. /CMG

"I went to Europe and the United States in the 1990s to visit and study art. I found that European artists didn't know much about China. I thought I should do sculptures for some great Chinese people in history and exhibit them worldwide. That was my dream," said Wu.

With sculpting tools, Wu tries to introduce Chinese culture to the world. And as the Director of the China National Art Museum, he is dedicated to promoting public aesthetic education among Chinese viewers. To make the most of some 130,000 pieces of collections of the museum, Wu works on different ways to organize exhibitions from time to time to thrill art fans. 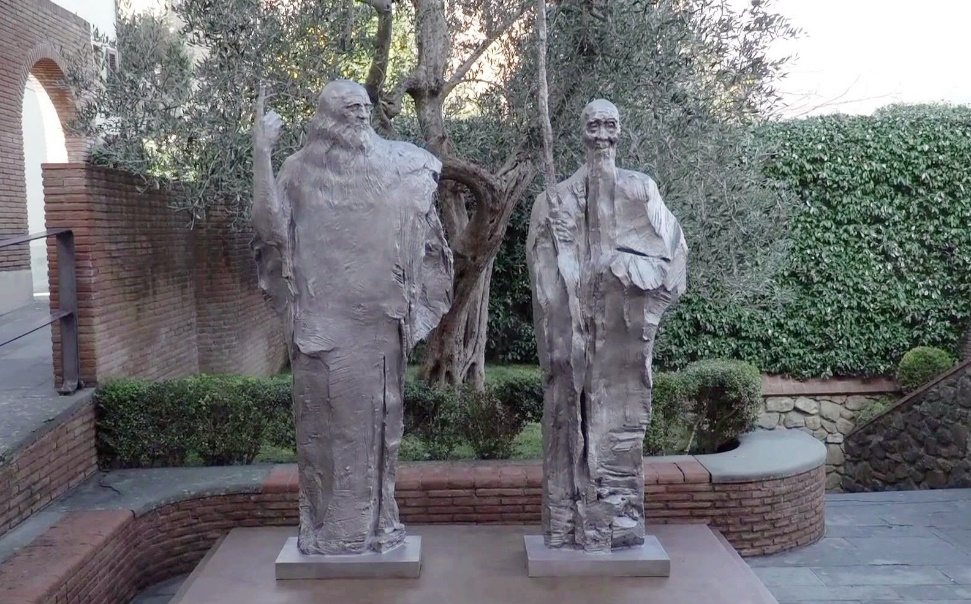 Being one of the numerous Chinese artists who went to Europe to study art in the 20th century, Wu feels that the past 100 years have witnessed significant development for both Chinese and Western art. Long-term exhibitions were held to help visitors get a glimpse of that period of history from the museum. And when it comes to the 21st century, Wu believes it remains important to introduce Chinese art to the world.

"I think as one of the country's highest-level art museums, it's responsible for introducing Chinese people's artistic creations through history to today to the public and presenting China's aesthetics to the world. That's what I started with, and that's what I'm still doing today," said Wu.